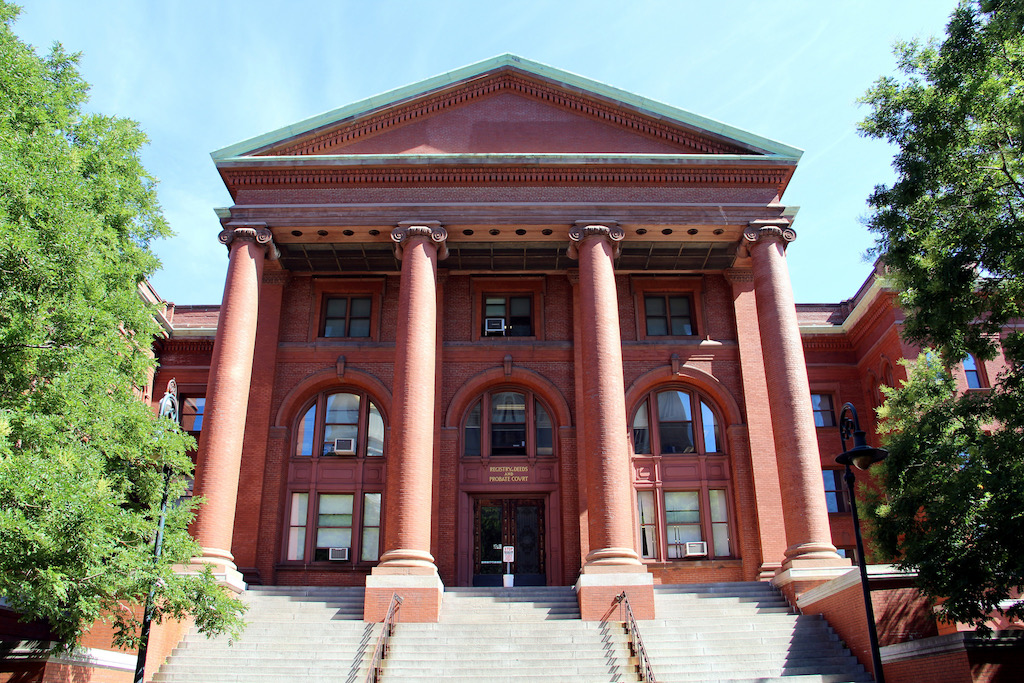 With an election coming up for the Middlesex South County register of deeds, lawyers filing documents at the registry fear that they’re being used to help current register Maria C. Curtatone use her office to run for reelection – which would be illegal and violate their own rules of conduct.

They cite a letter from Curtatone they’re told to hand address to send to clients whose documents they’re filing; a representative for the registry said the letter is purely informative and not related to the election.

Curtatone, of Somerville, won the seat in a 2012 Democratic primary when there was no Republican running in the general election. This year one challenger has already come forward: Nicola Ruccolo of North Reading, another Democrat. The district includes 44 cities and towns.

As lawyers and title deed examiners from those communities come to file deeds for clients, they are handed sealed registry envelope with postage to address. Users of the registry who spoke on the condition of anonymity noted that neither their work nor the registry itself is supposed to be used for political purposes. “People are being put in a really bad position,” one lawyer said. “I can’t have any part in any unlawful activities as a member of the bar,” another said, even if the violation was “in a remote sort of way.”

Neither a copy of the documents provided by a lawyer nor a different version described by a registry official were overtly political.

They are intended as a public service to help keep people from overpaying a private company for copies of their documents that can be had for far less money – and sometimes for free – from the state, said Estee Djeddah, assistant register at the Middlesex Registry of Deeds.

“The reason we started doing it was because the Secretary of State’s Office had put out an alert about the scam,” Djeddah said.

Other registries handle the issue differently. Suffolk County merely has a warning on its website, for instance, while Norfolk County’s Bill O’Donnell has posted a warning and gone on to do a public relations push that’s landed him in the Boston Herald, Patriot Ledger of Quincy and Medfield Press and on television with Channel 7 reporter Hank Phillippi Ryan – but no letters home, according to a worker there. (A warning dated March 1 can be found on the Middlesex South site at the bottom of the homepage, linking to “Recent news.”)

The Middlesex South approach wouldn’t seem to cover anyone who files deeds by mail or those whose lawyers file electronically, and Djeddah’s explanation of the process didn’t make it wholly clear why responsibility for the letters wasn’t handled by the registry itself. “Why do you need a second letter? Why don’t you attach whatever this is to the deed?” one lawyer asked. “This is an entirely separate mailing.”

The cost of the separate mailing wasn’t immediately available. But Djeddah offered an explanation for the process.

“The reason that they’re hand-addressing it is because [the lawyers] are standing at the counter while the documents are being recorded, so we’re trying to have it done as expeditiously as possible. We have such a high influx of recordings going on here that that resolves a time issue,” she said.

As to Curtatone’s appearance on the mailed documents, “her name’s prominently on there because she’s the register,” Djeddah said.

But she rejected lawyers’ claims that people who were uncomfortable with addressing the letters were intimidated by Curtatone into taking part.

“I haven’t heard any of these complaints,” Djeddah said. “There’s really no way for them to be penalized. That’s not possible – this is a public office and anyone who comes to record here and has a recordable document can record it.”

Surprisingly, given the register’s stated reason for creating the letter in the first place, the copies of the mailing provided by a lawyer didn’t refer to the private-company “scam” at all.

Djeddah read language over the phone that did mention the problem, saying it was the current version of the documents being mailed. “There were quite a few different stages,” she said.

Although she said she would email copies of the most recent documents, no copies were received.

Update on March 19, 2018: Shortly after publication, Djeddah sent copies of documents including a letter referring to “an influx of private company solicitations mailed to homeowners offering copies of deeds at highly inflated rates.” Like the version provided independently by a lawyer, the letter is undated. Language has also been adjusted to eliminate a suggestion that lawyers might feel they were being made to endorse Curtatone.

This post was updated March 20, 2018, to correct that Nicola Ruccolo is a Democrat.