‘Chappaquiddick’: Aspirations of Kennedys were lost in a murk of regret and realpolitik 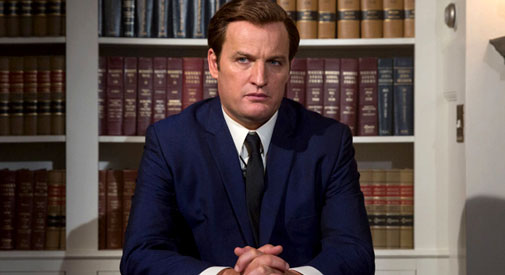 ‘Chappaquiddick’: Aspirations of Kennedys were lost in a murk of regret and realpolitik

The infamous 1969 incident that left a woman dead and stunted Ted Kennedy’s political career gets framed in sharp historical and emotional focus by director John Curran (“The Painted Veil”), who goes about the task with an unflinching eye. If it weren’t for the family pedigree and myriad associated tragedies, the film might not find much of an audience beyond those in Massachusetts and old-school Kennedy loyalists, a small niche. Given the game performances and compelling peek behind the curtains, “Chappaquiddick” should register a larger audience based on world of mouth and strength of critical reviews. 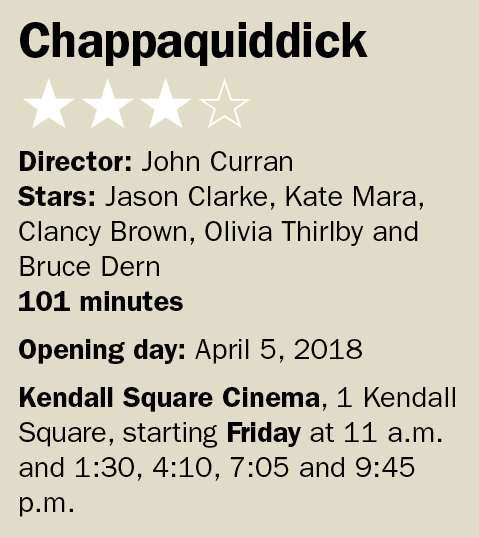 What Curran and screenwriters Andrew Logan and Taylor Allen have done smartly, much like the makers of “Jackie” and “Sully,” is to steer away from the headline event (in those cases, the assassination of JFK and the “Miracle on the Hudson”) and home in on the quiet, torturous aftermath. Sure, we see the car driven by Teddy (Jason Clarke) go off the bridge of the Martha Vineyard isle of the film’s title and the young Mary Jo Kopechne (Kate Mara, making the most of a brief, thankless role) struggle to keep breathing as the car fills slowly with water. The film’s not innately adoring of the Kennedys, nor does it seek to bury them. It works the facts and feels meticulously researched, though you can imagine there are alternative sides to some of the more intimate and personal interactions (those between Teddy and Mary Jo in the car and Teddy and his father alone in the Hyannis Port complex).

What initially goes down on screen as Teddy tries to cover his tracks, taking a midnight boat ride to the Edgartown section of Martha’s Vineyard and checking into a inn without reporting the accident, makes the young senator from Massachusetts appear selfish, full of hubris and, worse, negligent if not guilty of involuntary manslaughter. The film goes so far as to posture that if Teddy had gotten help immediately, the young woman – a former aide to RFK (one of the “Boiler Room Girls”) – might still be with us. It’s not a pretty portrait.

Later, after the wreck is discovered by a father and son on a fishing excursion, Teddy and his bank of allies, including a U.S. Attorney, get it in their moral sights to do the right thing, but Teddy’s father, Joseph Sr. – restricted to a wheelchair by a recent stroke (played with mouth half-agape and to slurring perfection by Bruce Dern) scrambles a team of lawyers and consultants to the clan’s complex to do damage control and hopefully give his one remaining son a shot at the White House. (In 1980, Teddy would make a run at unseating Democratic incumbent Jimmy Carter.) The film is charged with a simmering edginess from the dynamics between the son who never measured up and the domineering father, formidable and intimidating even in an enfeebled state, as well as from Teddy’s internal moral dilemma, weighing self-preservation and political hopes against personal integrity and atonement. The portrait of political and media manipulation is telling also, and all too relevant in light of the revelations of social media mining and targeting in the past election, as it’s long been argued that Joe Sr. broke the rules to get JFK into the White House in 1960. So too is the notion of the political dynasty – believe it or not, the Kennedy roots here feel eerily similar to clan Trump.

For the staging of the milieu and era, Curran and crew go to great lengths to get it right – including the accent. Not enough can be said about Clarke, an Australian by birth, who slides seamlessly into the countenance of Teddy Kennedy, from the cagey arrogance and compassionate, somber reflectiveness to the vacant eyes of a man coming to terms with his own lethal folly. I did not think it possible, but Clarke, with a naturally high hairline and some great makeup work, appears very much the young Teddy. (Go ahead, pull a still and compare it with some archival news clippings; you’ll be impressed.) Chappaquiddick may have sunk Teddy’s White House hopes, but it’s certain to float Clarke’s prospects.