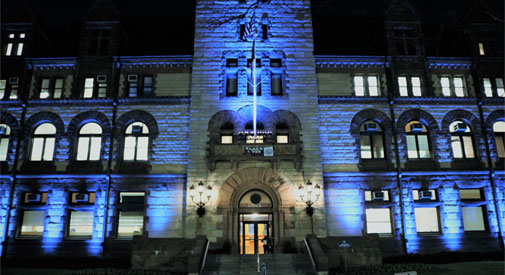 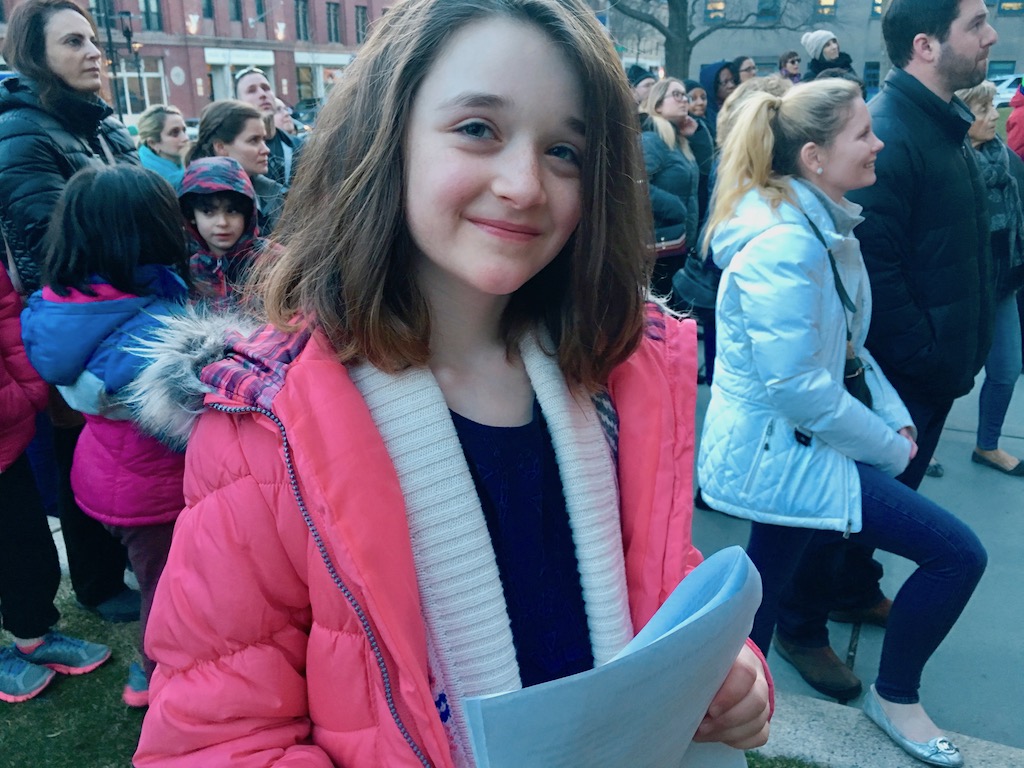 City Hall was lit with blue spotlights Monday at an Autism Awareness Day celebration with Mayor Marc McGovern and the principals of four public schools leading the event: Robin Harris of the Fletcher-Maynard Academy, Darrell Williams of the King Open School, Katie Charner-Laird of the Cambridgeport School and Manuel Fernandez of the Cambridge Street Upper School.

Among the speakers at the event was Niusha Summers, 9, of Fairmont Street, a Cambridgeport third-grader. This was the speech she read, lightly edited and condensed for publication:

I had a shock when I found out my brother, Misha, has autism. My father and my mother thought Misha might be deaf; they didn’t know why he wasn’t responding to them. When we went to a doctor, she said that my brother has autism. We started treating him differently than we did before, in a way that he was very special. I didn’t understand it. I was confused. I really wanted that attention too. This year in my class, I wrote this essay for people with autism.

Sometimes children with autism get bullied, and that is wrong. My brother knows what that feels like, because one time he got bullied. A big guy pushed my brother around. Imagine if you were the one passing a classroom and everyone laughs at you.

People with autism are special, intelligent and nice! They have talents nobody else has. They are unique in many different ways. You may not know that yet, but all those qualities are always inside.

My brother is one of the most important people in my life. He is 6 and he is just beginning to say his first words. I know those words will be truly intelligent. It may be frustrating sometimes, but I will never give up!

Niusha Summers, 9, reads her speech with the help of Principal Katie Charner-Laird of the Cambridgeport School.