‘Beast’: Suspicions run wild after murder, and something about Moll draws the mob 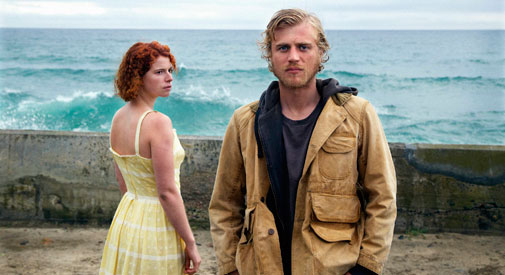 ‘Beast’: Suspicions run wild after murder, and something about Moll draws the mob

A curious yet apt title for this taut psycho-drama that plays effectively with the viewer’s sense of perception. Eerie, foreboding and profoundly disorienting, “Beast,” like many of its beguiling characters, becomes something of a shapeshifter; it revolves around the struggles of a troubled young woman named Moll (Jessie Buckley), blessed with fiery red locks constantly tousled across her porcelain face by the relentless wind that whips the quaint U.K. isle of Jersey she’s relegated to – and seemingly unable to leave. The setting, so alluring and ominous, becomes an integral player in developments. Jersey’s the kind of remote, off-the-grid British burg that Sam Peckinpah might have shot “Straw Dogs” in had his location scouts stumbled upon it. 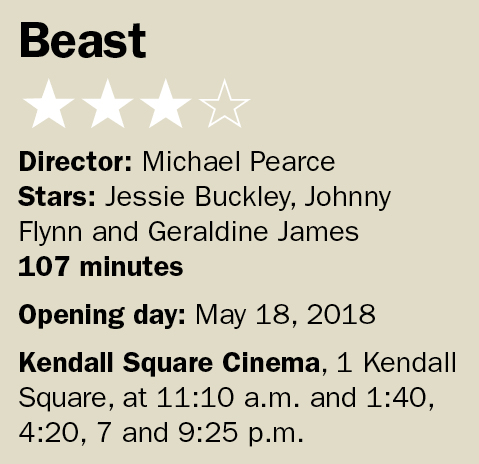 Moll lives with her controlling mother (an icy-cold Geraldine James), who stalks her progeny and questions her every whereabouts despite the fact Moll’s a mature woman with a full-time job (as a tour bus guide). Given mum’s iron glove, moving out would be a good idea, but there’s that troubled/damaged thing. Can Moll truly be on her own, or does she need constant monitoring? We get the answer to that quickly as Moll goes clubbing one night into the wee hours with a scruffy drifter/handyman by the name of Pascal (Johnny Flynn). Elsewhere, news blips on the TV tell us there’s been a recent murder of a girl nearby, and another girl is missing. The short list of suspects the film and police pursue includes Moll – she had a violent incident back in high school that haunts her – and Pascal. Moll may be somewhat lost and misunderstood, but there’s always deep down inside an ember of hopeful ebullience, and she becomes spirited at the prospect that she and Pascal might hie away together for happier destinations. Darker matters beyond legal suspicion cloud the notion, such as nightmarish incursions that come in the middle of the night or Moll’s ill-conceived insistence on showing up at one of the victim’s funerals. Ultimately “Beast” becomes a tug of war between hope and despair, with an ever-shifting emotional landscape.

First-time filmmaker Michael Pearce weaves in themes of isolation, alienation and defiance that clearly mine the essence of Roman Polanski’s 1965 psycho-thriller “Repulsion” (1965) and, to a lesser wow factor, Julia Roberts’ 1991 hit, “Sleeping with the Enemy.” It’s a subtle borrowing, as Pearce without doubt forges his own, unique authorship. Like Polanski, his true ace in the hole is his lead. Not enough can be said of Buckley’s ability to bounce palpably from a wallflower-esque ingenue to romantically ripe hopeful and later, something more disturbed and even menacing. It’s an incredible load to bear, but Buckley does it without any letdown. By the middle of the film Moll’s psychological state and Pearce’s moody ambiance become symbiotic extensions of one other, heightening the already fraught state with arthouse poetics.

As far as the title goes, there’s plenty of monsters to be had in “Beast.” The killer, for one, but also – and perhaps more to the point – the insular judgmental folk of the remote isle so willing to condemn a fellow human based on mob rage or a simple whisper from the TV.