‘Hotel Artemis’: Criminals can take refuge, but there’s no guarantee stay will be restful 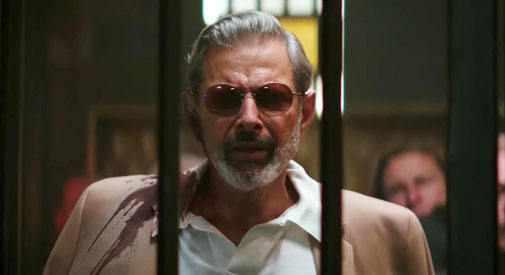 ‘Hotel Artemis’: Criminals can take refuge, but there’s no guarantee stay will be restful

At the Hotel Artemis, you can check in any time you’d like but – like the Eagles tune tells us – it’s pretty damn hard to leave. Why? Well for one thing, it’s a safe house for criminals. And two, outside in the grubby L.A. streets, mobs are rioting over the privatization of water. 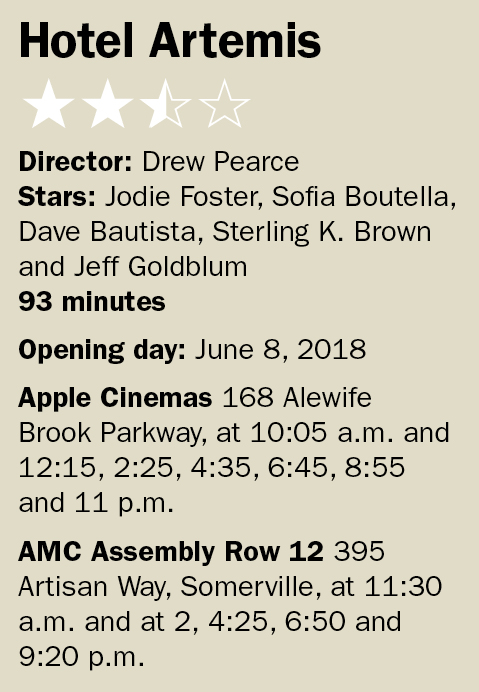 “Hotel Artemis” takes place in the near dystopian future, though it’s hard to get a full register of what that’s really like; similar to Wes Anderson’s “Grand Budapest Hotel,” the film’s mostly an inside job. Lording over the den of thrives is a boozy, disheveled Jodie Foster, referred to as The Nurse, with a Master Blaster of an orderly at her side by the moniker of Everest (played by hulking former wrestler Dave Bautista, so winning in the “Guardians of the Galaxy” and “Avengers” films) who enforces house rules and metes out small doses of medical aid. Among the potpourri of personalities checked in are Sterling K. Brown’s dapper bank robber, Charlie Day channeling his inner Joe Pesci as a jabber-jawed arms dealer and Sofia Boutella’s super sleek assassin (she played a similar role in “Atomic Blonde”). About halfway in, a banged-up capo known as the Wolf King of L.A. (played by a game Jeff Goldblum, who’s onscreen too little) shows up to raise the stakes. If the invocation of another “Wolf” in L.A. crime doesn’t seem like a grab at something from Tarantino’s hip criminal universe (Harvey Keitel’s fixer from “Pulp Fiction”) then maybe the fact that all the “guests” are referred to by their room name – substitute “Niagara” and “Waikiki” for “Mr. Pink” and “Mr. Black” and you get the picture – might tell you what screenwriter/director Drew Pearce is angling for. “Artemis” even has its own McGuffin (a mysterious pen) and a wounded cop (Jenny Slate) with information to share.

Much is packed into a lean 93-minute runtime. First-time helmer Drew Peace, who wrote the screenplays for “Iron Man 3” and “Mission: Impossible – Rogue Nation,” shows a knack for snappy action the way stuntman turned filmmaker David Leitch demonstrated with “Atomic Blonde” and “Deadpool 2.” The rub, however, is that as a narrative, “Artemis” jumps around too much, and not everything quite fits (perhaps over-enthusiastic editing had a role to play). As a result, the only characters that resonate even faintly are Foster’s wheezing hotelier and Brown’s remorseful perp saddled with a blundering older brother. It doesn’t help that in an era of grand set designs, the glimmers of the outer-scape feel cheap, plastic and uninspired – not in the cheesy, good way that “Logan’s Run” made so indelible, but more like the stagy street riots in David Cronenberg’s “Cosmopolis” (2012) or the Orwellian future-scape in “Equilibrium” from 2002, if you even remember that one. Peace is blessed with a great cast, and the actors all provide above-the-bar turns. It’s just too bad in execution “Artemis” feels more like a staged (and very promising) concept than the mean teeth of true criminal intent.