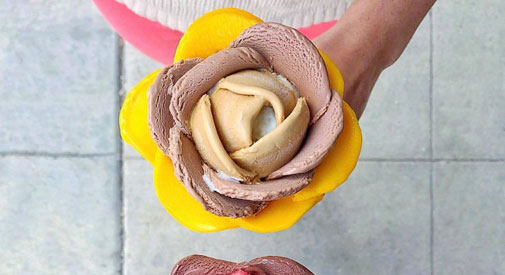 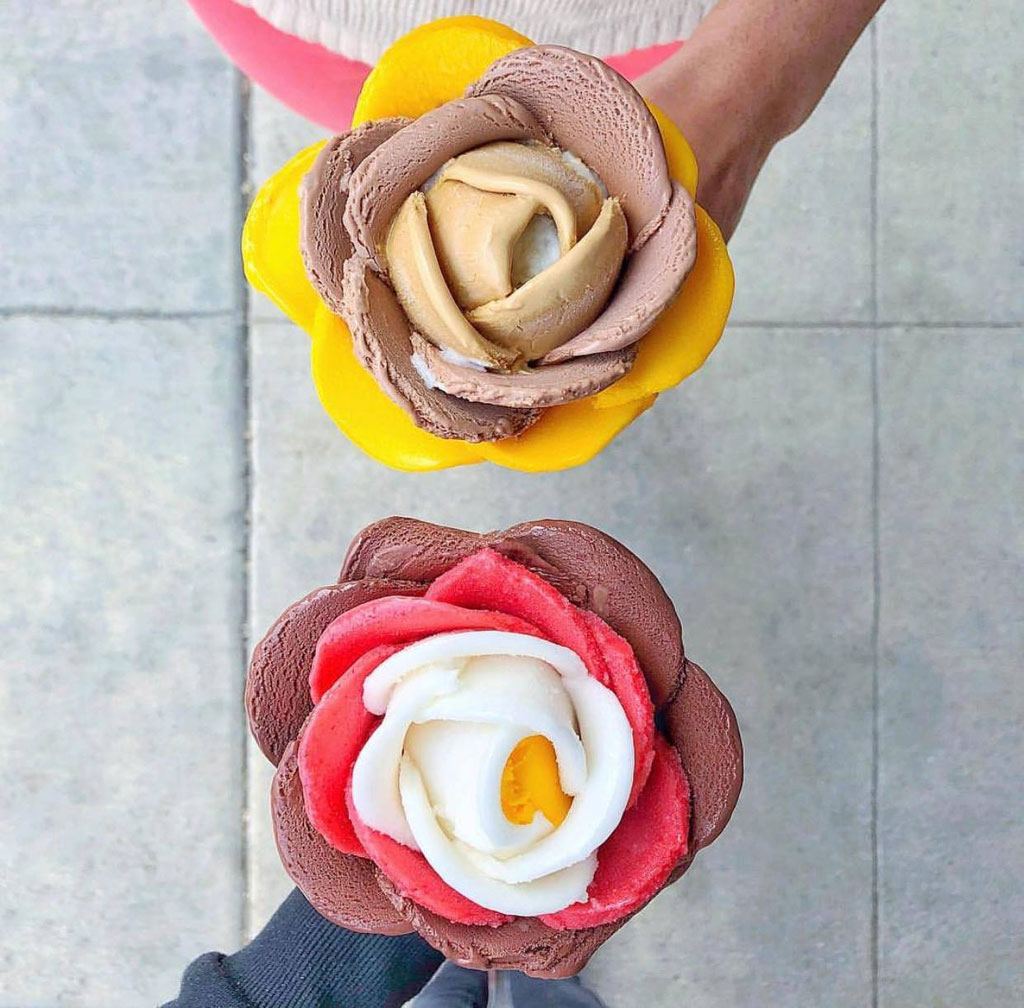 Gelato flavors such as caramel, coconut, mango, raspberry and chocolate can be combined petal by petal at Amorino, opening Wednesday in Cambridge. (Photo: liuliuloves via Instagram)

Another reason not to cross the river to Boston’s North End arrives Wednesday with the opening of Amorino, a gelateria with more than 25 flavors of gelato served in a unique rose shape, specialty beverages and frozen macarons. (Lest this sounds too delicate, there’s also an insane La Bella waffle, topped with any three gelato flavors, drizzled with chocolate and topped with whipped cream.)

The presentation is even more remarkable when flavors are mixed on the cone, petal by petal, making for what may be the most Instagrammable desert in the square.

Amorino fills the 50 JFK St. space left empty by Berk’s Shoes, which places it around the corner from Pinocchio’s Pizza – which more than rivals the stuff found in Boston’s little Italy – and a couple of blocks from the Harvard Square outpost of Mike’s Pastry, which opened in November 2014.

Doors at the gelateria owned and operated by Léa Sasportes, who switched from engineering to sweets and from France to the United States, open at 11:30 a.m. Wednesday. But the shop plans to catch the attention of weekend crowds with an introductory “happy hour” from 5 to 6 p.m. Friday. Each customer can get a free cup or cone.