‘Dark Money’: Spotlight on campaign finance casts shadows on elections past and present 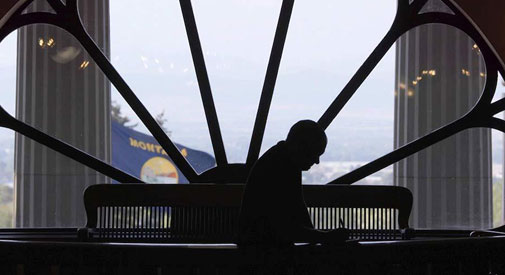 ‘Dark Money’: Spotlight on campaign finance casts shadows on elections past and present

The trail of campaign funding gets put under the microscope in “Dark Money,” a pointed documentary that jumps off from the 2010 Supreme Court decision Citizens United finding corporations and labor unions had the same free speech rights as individuals to donate to politics campaigns. To get at the impact on free elections (this besides Russian hackers and troll farms) Kimberly Reed (“Prodigal Sons”) heads back to her home state of Montana, which has (arguably) hosted the cleanest elections in all the land. What she distills is a fairly head-spinning account of where we are and where we’re going with campaign contributions and contributor transparency, especially in light of the fact the IRS has recently made donor identity a murky mud hole. 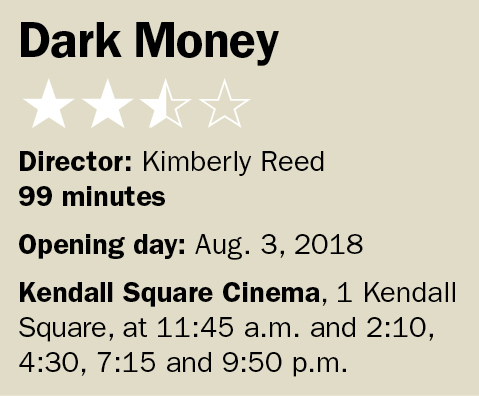 The film begins with a flurry of activity and jargon, taking a while to get to the point. Eventually we get where Reed is going, as small campaigns under examination in the Big Sky State paint the bigger national picture of electoral manipulation with veiled entities such as the Koch brothers mobilized and throwing cash behind pols with agendas that benefit their fiscal interests. Reed’s focal point ultimately becomes John Adams (aptly named) a laid-off newspaper reporter and classic idealist who takes the cause of a free journalistic voice and the issue of campaign finance transparency to heart and on the road.

Much of the “dark money” in question (not based on Jane Mayer’s similarly named book, but tackling the same subject) goes to slander campaigns to sway voters. Internet trolls aren’t in the mix in this examination, but one ploy is a nasty postcard campaign that tags one targeted candidate as a bestie of serial killer John Wayne Gacy. What’s missing is a bigger focus – you almost wish this kind of digging was applied to the 2016 presidential election. Sure, special counsel Robert Mueller’s on the case, but a journalist or a filmmaker with access could poke deeper and sooner and without the bureaucracy. The connection between what’s unearthed in Montana and our nation’s capital is too tantalizing to deny, but casting light is not the same as substantiating a case. Reed should have gone the extra mile, but she’s at least sent us in the right direction.