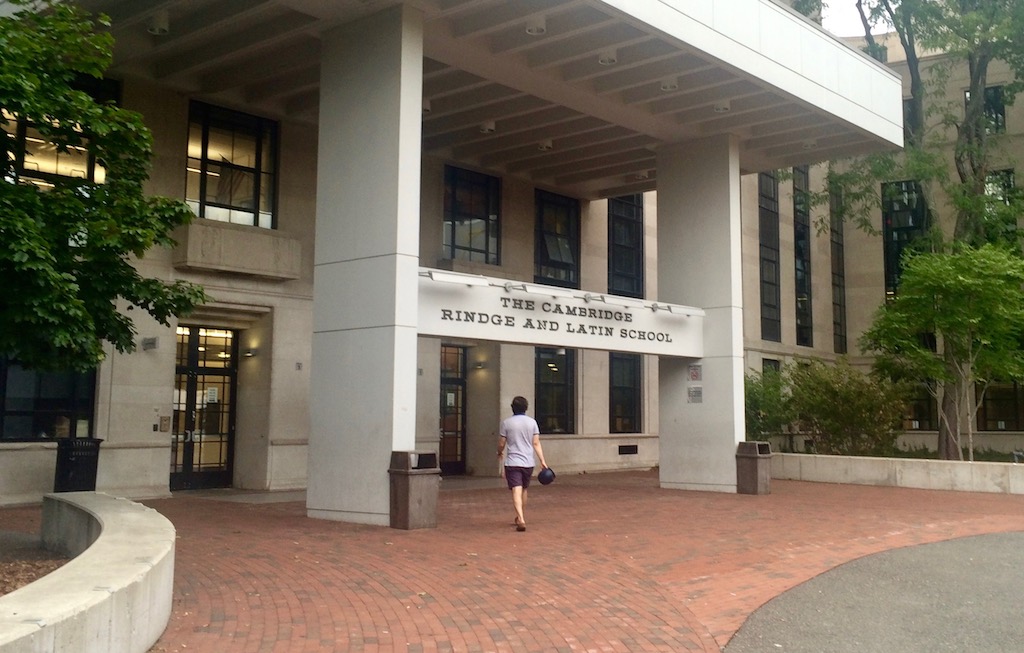 The entrance to the Rindge Building at Cambridge Rindge and Latin School, the city’s public high school.

A bullet was found by a custodian Friday at the high school “in a locked area not readily accessible to students,” Principal Damon Smith said in an evening email to the school community.

The bullet was found at around 4:15 p.m. in the Rindge Building, according to his email. School began again Tuesday after the summer break.

The Safety and Security Office at Cambridge Rindge and Latin School and the Superintendent’s Office was notified, as well as Cambridge police, who came shortly afterward and “took custody of the bullet,” Smith said.

Police are investigating, he said. Information about the kind of bullet was not available to the public on Friday evening, said Jeremy Warnick, director of communications and media relations for Cambridge police.

“Our Explosive Ordnance Unit conducted a search in and around the building for any other possible ammunition, and nothing else was located,” Warnick said.