‘Bisbee ’17’: Company called up the cattle cars, a deadly ‘deportation’ for its striking workers 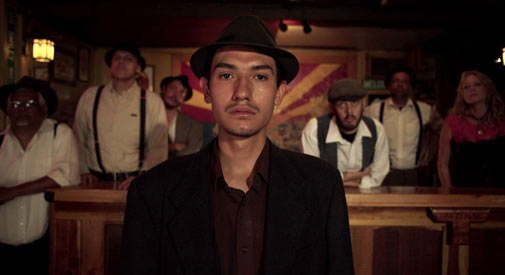 ‘Bisbee ’17’: Company called up the cattle cars, a deadly ‘deportation’ for its striking workers

For his riveting documentary “The Act of Killing” (2012), Joshua Oppenheimer tackled the grim matter of a 1960s Indonesian massacre by providing cameras to the heads of the militias and hit squads doing the killing, so each could make a film reenvisioning their involvement. In “Bisbee ’17” Robert Greene captures something similar in a mining town just miles from the Mexican border and down the road from the O.K. Corral. Just as America was entering the First World War and metal production was key – namely copper, the motherlode of Bisbee – a miner strike drew the ire of townsfolk, who armed themselves, rounded up the 1,300 agitators and activists, put them in cattle cars and sent them off to the New Mexico desert, dumping them with steep odds of survival. 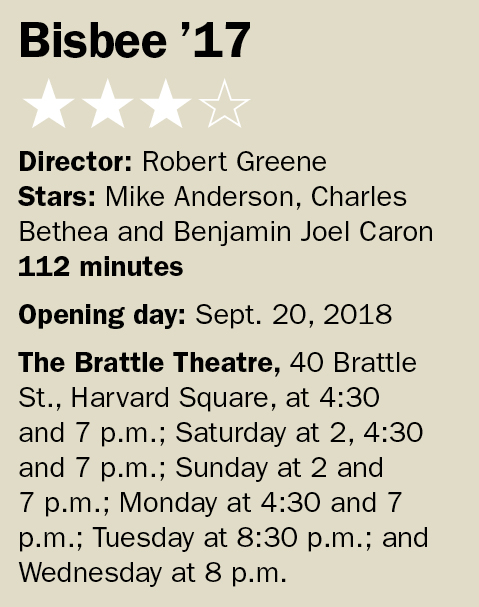 That inhumane act has become  known as the Bisbee Deportation. Many of the “deported” workers in 1917 were foreigners, what we today would label as “undocumented.” The town back then was pretty much set up and run by the Phillip Dodge Corp., which brought in the sheriff from Tombstone to spearhead the roundup. The mining camp now is a ghost town; what remains is a strip mall epicenter and 5,000 residents, with a complexion representative of the white industrialist settlers and the native and brown people who toiled under their demands. The town was divided back then on the Brisbee Deportation and remains so, and that’s where Green strikes his vein: For the centennial, the town stages a reenactment, which Green films in perfectly choreographed sequences, interspersing interviews with descendants, including those of a brother who rounded up his own sibling and the first Latino woman to win local election. Yes, Brisbee then and now proves to be something of a microcosm.

Beyond the rote talking heads, the film’s something of a dreamy cinematic wonder, be it the stunning shots of scarred and gutted land framed by Jarred Alterman’s lens, the mood-sparking score by Keegan DeWitt or the pain-streaked folk songs sung by the re-enactors.