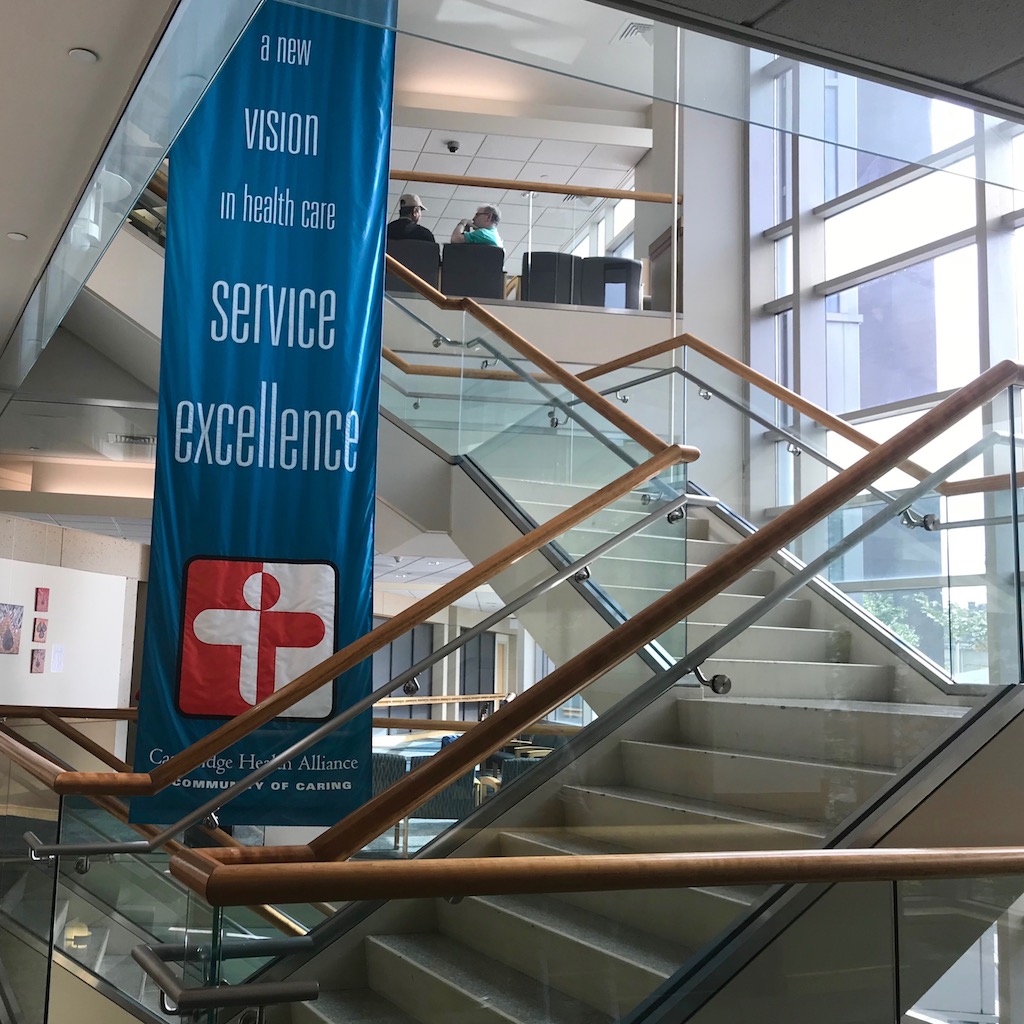 Question 1, the nurse staffing initiative on the Nov. 6 ballot, would increase the Cambridge Health Alliance’s costs by $13 million and hurt emergency and mental health care services if approved, officials there say.

The hotly disputed question mandates minimum nurse-to-patient ratios in Massachusetts hospitals depending on the type of service and condition of the patient. Gov. Charlie Baker and organizations representing hospitals, some nurses and physicians oppose it. The Cambridge Chamber of Commerce, noting consultation with members including Mount Auburn Hospital, Spaulding Hospital and Cambridge Health Alliance, is also opposed. Many federal and state legislators, including some of those representing Cambridge; the Massachusetts Nurses Association; and other unions support it.

A WBUR poll of 500 registered nurses reported Monday showed 48 percent in favor of the ballot question and 45 percent opposed, with 7 percent undecided.

Proponents say it would improve patient safety, while opponents argue it would increase costs with no gain for patients.

In emergency rooms, the initiative would require staffing ratios ranging from one nurse per patient for critically ill, non-stable patients to one nurse per five patients for non-urgent, stable patients. At CHA, the mandate would increase emergency room wait times and “force patients to seek care elsewhere,” spokesman David Cecere said in an email. Specifically, it would “prevent us from being able to effectively manage a surge in patients in our emergency departments, leaving patients waiting in our reception areas.”

Inpatient psychiatric units and rehabilitation departments in hospitals would have to provide one nurse per five patients. At CHA, that requirement would “limit access to inpatient behavioral health care, cause delays and barriers to care for other vital behavioral health services and put a vulnerable population at risk,” Cecere said.

The proposed nurse-to-patient ratio isn’t supported by “behavioral health clinical standards of care,” he said. It doesn’t count “the wide range of clinicians and staff members on our care teams, including social workers and counselors,” Cecere said.

CHA is a major provider of inpatient psychiatric care to patients with serious illness such as schizophrenia.

An analysis of staffing needs if the question is approved, provided by the state Health Policy Commission, found that two of the three areas where hospitals would have to hire the most additional nurses were in emergency departments and in psychiatric and rehabilitation units.

The health care system estimated the staffing mandate would increase its costs by $13 million in testimony filed for the commission’s annual cost trends hearing on Today and Wednesday.

While its financial status has stabilized in the past three years after worries about repeated deep losses – the 2018 fiscal year saw net income of $10.3 million – the black ink hasn’t come from increases in patients and doctor visits that the health care system has predicted repeatedly.

Mandating minimum staffing isn’t new in Massachusetts. In 2014 the Legislature approved requiring at least one nurse for every two patients in intensive care units. That came after the nurses’ union proposed two ballot initiatives, one with a more stringent ICU staffing requirement and the other capping hospital financial measures such as operating margin and chief executive pay. Legislators voted for the intensive care staffing ratio in return for the Massachusetts Nurses Association’s withdrawing both ballot initiatives.