‘Museo’: Robbing the museum is one thing, getting rid of the haul afterward is impossible 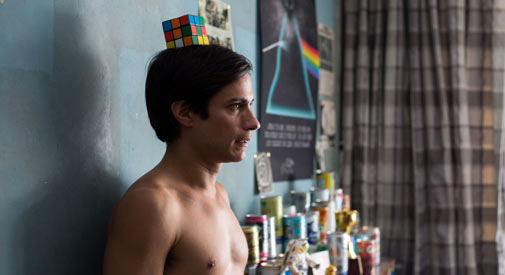 ‘Museo’: Robbing the museum is one thing, getting rid of the haul afterward is impossible

The title in English means “museum,” where one of art pair of thirtysomething slackers works. Hard up for cash and a new lease on life, the burgling duo pull off a heist of Mexico City’s National Museum of Anthropology on Christmas Eve, absconding with priceless artifacts that include a beloved Mayan mask. Based on true events from 1985, Alonso Ruizpalacios’ “Museo” cuts an eerie parallel to the Isabella Gardner Museum heist here about five years after. As in our infamous crime, the rub becomes what to do with the booty – it’s impossible to unload due to its indelible notoriety and the efforts to secure its return. 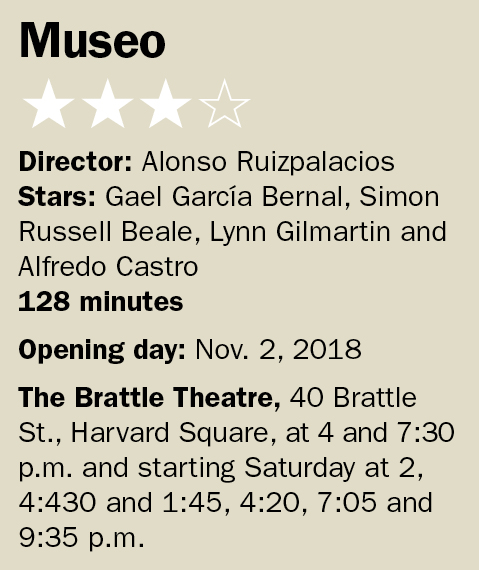 When we meet Juan (Gael Garcia Bernal) and Benjamin (Leonardo Ortizgris), it seems highly improbable they could pull off the lifting of a 10-cent candy bar, let along priceless art under heavy security. These guys are so tethered to their boyhood base that they have to borrow Benjamin’s father’s car for the caper; afterward, sitting around with him watching the breaking news, he berates the culprits not knowing it was his son and friend.

That’s largely how Ruizpalacios’ film unfurls – in surreal wisps of comedy, gonzo happenstance and meandering circumspect. Shot in lush, wide frames by Damián García (who also shot Ruizpalacios’ debut feature,“Güeros” in 2014), “Museo” has a wide-eyed feel. These lads are in over their head and, to complicate matters, are arrogant – well, Juan is, and Benjamin would follow him off the edge of a cliff without even looking down. The best evidence is the relentless negotiation with an uninterested art dealer (Simon Russell Beale) in the middle of entertaining mucky-mucks on a posh veranda overlooking the sea.

Everything becomes a near fiasco, but the pair seem to be imbued with near unlimited luck as they head on to the next new means to pawn the art. Their relationship becomes frayed along the way, and as they fall apart so do their prospects. The two actors sell it, too, forging a chemistry that spans the gamut from mutually shared hope and camaraderie to jealousy, blame and contempt. Bernal, best known for “Y Tu Mamá También” (2001) and other crossover works, anchors the film with his commanding charisma as a man on edge who wants so desperately to be in control, while Ortizgris, who starred in Ruizpalacios’ earlier effort, serves up the vulnerable offset. They nail a character study that rewards, even if the characters don’t necessarily.

One of the beauties of “Museo” is its rambling nature. It might not fit into any traditional classification, but it is a wondrous work of art, from frame one to finish.