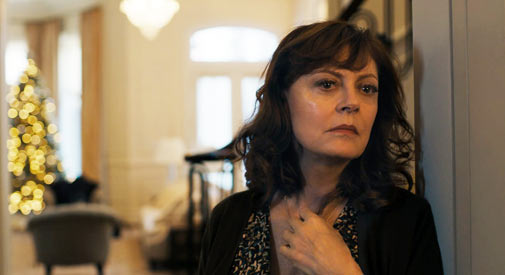 With “A Private War” on its way – about a journalist in the field abroad and the dangers she faces – “Viper Club” might just be an hors d’oeuvre for those hungry for such an unsavory endeavor. The film’s rote: A mother (Susan Sarandon) with a freelance video journalist son (Julian Morris) wrestles with uncertainty when he goes missing. Helen’s no weepy victim; she’s an ER nurse in an New York hospital who knows how to deal with trauma and hold it together inside. It’s she who tells the emotionally sputtering floor doctor how to tell parents their child didn’t make it after a school shooting – for which he receives a face slap. 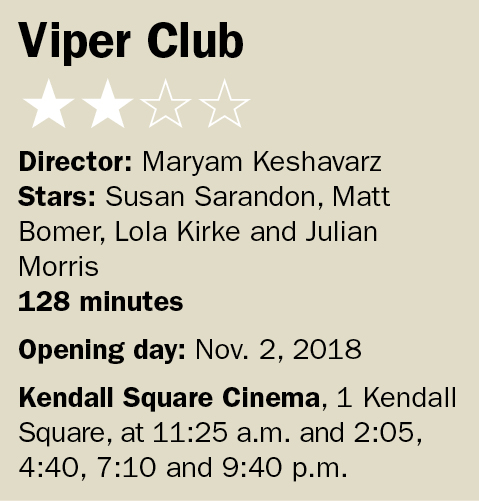 At first Helen is comforted by the efforts of the FBI and NSA, but then they become aloof, evasive and want her to keep it mum. She wants an exchange like the infamous one for Bowe Bergdahl, but the agency says her son is not military. Frustration mounts and at work Helen gets her wings clipped for providing extra medicine to a comatose girl. She’s on the verge of breaking when Sam (Matt Bomer), a colleague of Andy’s, shows up and tells her how she can buy Andy back through the right channels. Sam’s so squeaky clean and certain of the process that you feel it’s all too good to be true, but Helen, desperate, goes all in.

It’s not a very uplifting film by any regard, but it does capture the frustration and isolation of such a sad and dreadful situation. The film also underscores the state of journalism, where freelancers hit the field without insurance or protection, just a loose cabal of supporters sewn together by necessity and without a net of their own. The film, directed by Maryam Keshavarz, has a made-for-TV sheen to – it is, in fact, a YouTube-backed venture, and the setting too is quite narrow: Besides a few blurry images of  war footage, most of the action takes place in Helen’s apartment or the white, bright, bustling ER ward. For the most part, we sit with Helen, tortured as she is and wishing something more would happen.