New ways of getting around don’t get around need for laws and consensus, conference finds 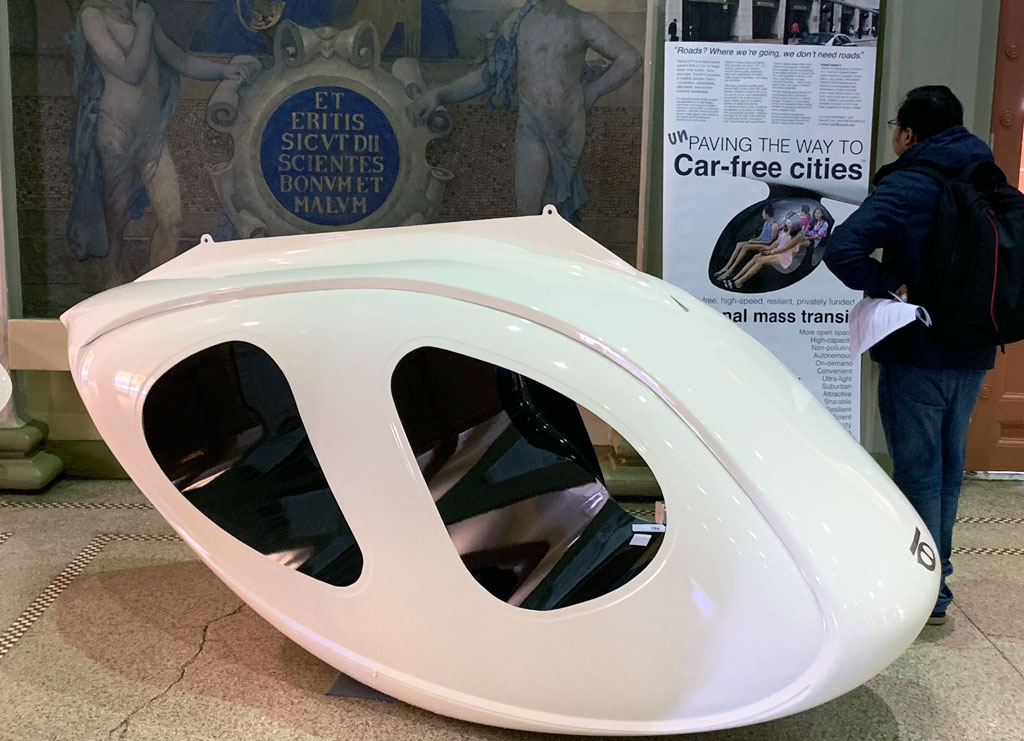 New ways of getting around don’t get around need for laws and consensus, conference finds

An the elevated mass transit pod proposal by TransitX drew attention at Transportation Transformation: A Conference About the New Urban Mobility, held Saturday at the Massachusetts Institute of Technology. (Photo: Tom Meek)

Hoping to explore “how people get around tomorrow,” city councillor Craig Kelley, the Massachusetts Institute of Technology and Cambridge Innovation Center convened “Transportation Transformation: A Conference About the New Urban Mobility” on Saturday, with panel topics ranging from the future of ride-sharing to “micro-mobility” devices, the need for regulation and even whether urban gondolas seem like a good idea.

Regulation for safety, space considerations and pricing on e-scooters, dockless bikes and similar alternative transportation rippled throughout the afternoon. Barr talked in detail about the complications of policy and enforcement and the search for a way to address all in a broad manner so they were not “reinventing the wheel” – so to speak – each time a new e-transit device hits the streets. 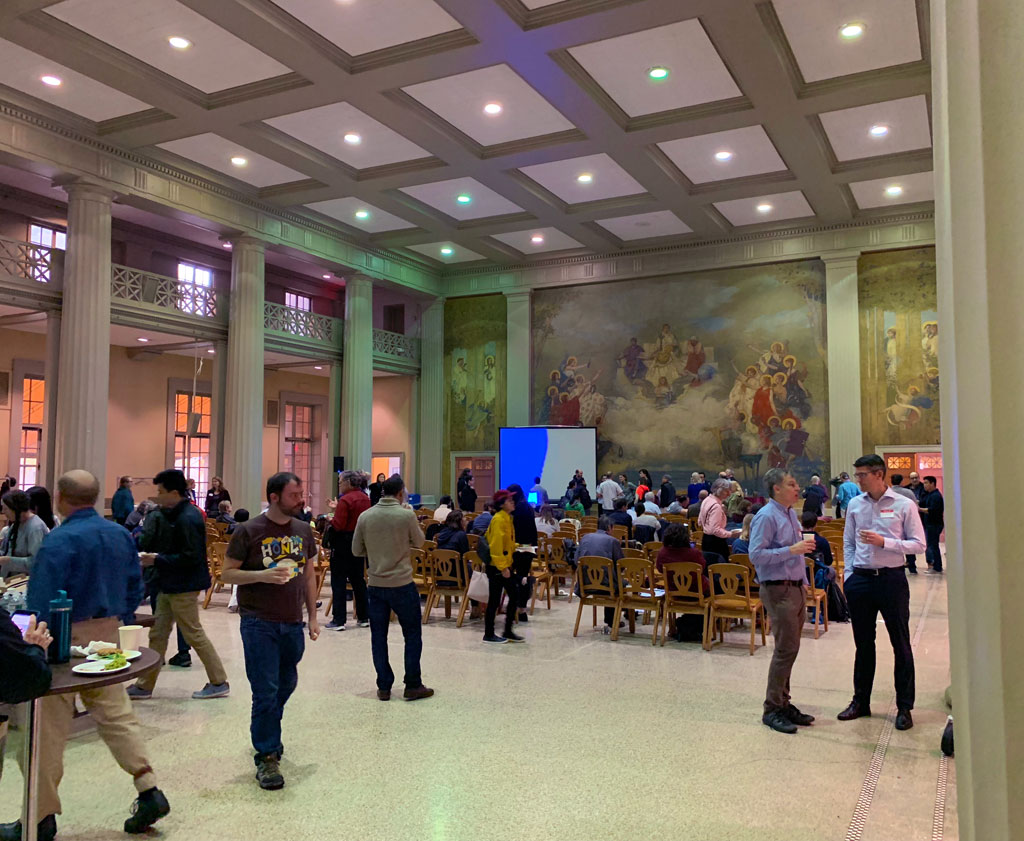 The conference drew around 150 people, many in the urban planning sector., (Photo: Tom Meek)

Audience asked whether the new urban mobility movement wasn’t something mainly initiated by and for a socioeconomic class that was educated, well-off, white and male (statistics showed women behind men in use of the alternative transportation), while panelists pitched the ergonomic and environmental benefits of people-powered transit and e-vehicles shared and unlocked by app. Barr cited a Portland, Oregon, study that claimed a 20 percent migration to alternative transportation as a reliable means for commutes, errands and leisure; Denmark was mentioned as reporting that 41 percent of all work and school trips were made by bicycle or alternative means, and Copenhagen officials hope to see that increase to 50 percent by 2025.

Many of the 150 conference attendees at the institute’s Walker Memorial Building were in the urban planning sector and liked the transportation innovations being touted apart from the panels, particularly the elevated transit pod concept by TransitX and an enclosed e-bike that, like driverless nuTonomy cars, can navigate bike lanes without anyone pedaling.

Kelley described the conference as “a step to help the conversations around how to get to that safer, less chaotic place.” He added that people who are less active, mobile or have disabilities need to be part of the conversation.

Officials acknowledged challenges ahead for Cambridge, with its growing population, need to address forms of transit as they arrive and population divided over finding space and funds for alternative infrastructure – whether it’s bike lanes now or monorails in the future.

The conference “underscored that the biggest challenge we face in transforming transportation is not technological or even infrastructure, but changing people’s mindsets, habits and behavior,” said vice mayor Jan Devereux, who attended.