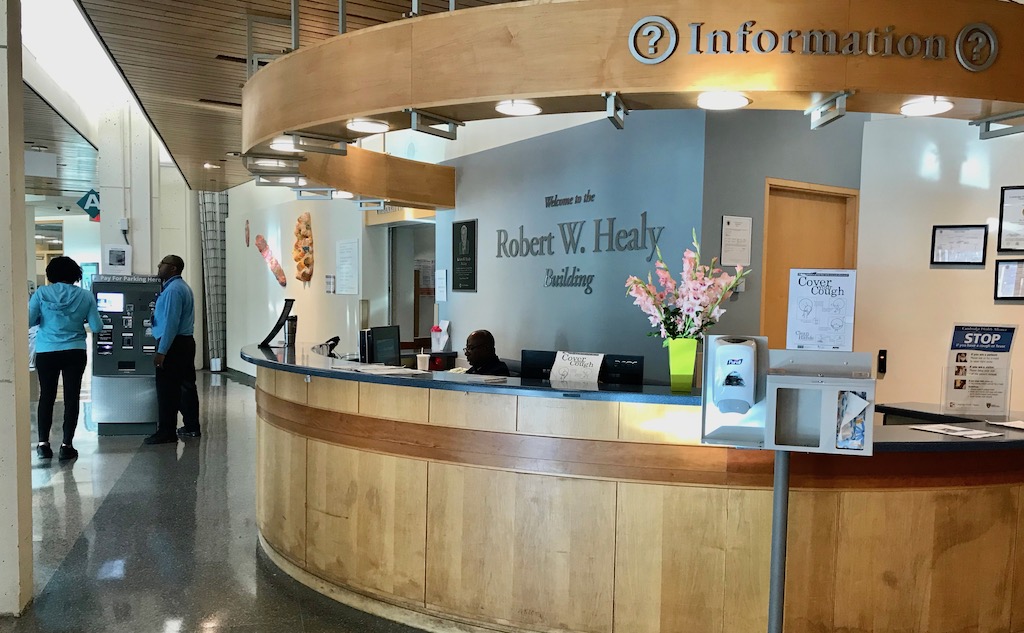 Cambridge Health Alliance is seeing an unexpected drop in the number of patients being treated in its psychiatric units in Cambridge and Everett because of a shortage of staff and, apparently, available beds.

The number of psychiatric patients admitted to a bed lagged the budgeted goal by 22 percent for the three months ended Sept. 30 – the first quarter of the fiscal year, the Alliance reported. Volume was off by 35 percent in September alone.

Spokesman David Cecere said the reason for the unanticipated decline was “a combination of staffing vacancies, renovation and refurbishment work on the units, and patient acuity.” He refused to say what work is being done in the hospitals or to explain the role of patient “acuity.” That word refers to the severity of illness; presumably, if patients seeking admission are sicker than expected, they might need more staff to care for them.

The figures were presented at the Oct. 23 meeting of the Alliance’s trustees’ finance committee. The trustees went into private session to discuss “strategic and tactical plans” to deal with lower-than-expected volume in psychiatry, Cecere said. They also targeted primary care volume in private, he said.

Cambridge Health Alliance has been known for treating more people with serious mental illness than any other other hospital in Greater Boston. Though in 2014 it closed its separate psychiatric emergency room – despite fierce criticism from families of psychiatric patients, doctors and nurses, advocates and city councillors – it has taken recent steps to enhance how it treats psychiatric patients. In September 2017 it opened a service at Cambridge Hospital aimed at getting patients to a clinician faster; it planned to open a behavioral health service this May that gives patients intensive treatment during the day and allows them to go home at night. The new services operate in the space formerly occupied by the psych ER.

The Alliance expects to end the fiscal year with an overall surplus of $2.4 million, mainly because of increased visits to doctors – the same expectation as in budgets for the previous two years; the higher outpatient volume did not materialize, but the Alliance remained in the black for other reasons. Outpatient volume for the first quarter of fiscal year 2019 is 1.7 percent behind the budget.

On the inpatient side, including the psychiatric units at Cambridge and Everett hospitals, the Alliance expected fewer patients admitted to the hospital, but not as much as has occurred. Total inpatient discharges, the measure of volume, was off by 5.4 percent compared with the budget in the first quarter, the report said.

In another financial area discussed at the Oct. 23 meeting, an update to spending on capital projects such as improvements to buildings included an item for “Joint Commission corrective actions,” budgeted at $768,000.

The Joint Commission is the industry-backed national organization that inspects and accredits hospitals and other health care organizations. The commission can require hospitals to correct deficiencies as part of the accreditation process, but it does not publicly disclose what its surveyors find during visits.

Cecere was asked what the “Joint Commission corrective actions” referred to. “CHA is continually evaluating its compliance with Joint Commission recommendations, including any which might enhance patient safety,” he said. “These capital expenditures represent a variety of initiatives based on this thorough review of best practices which are applicable to the CHA environment.”

He would not answer further questions, including whether the Joint Commission had issued specific recommendations. A Joint Commission spokeswoman, asked the same question, referred the reporter to the Internet site that indicated that the Alliance is accredited and did not respond to any more questions.