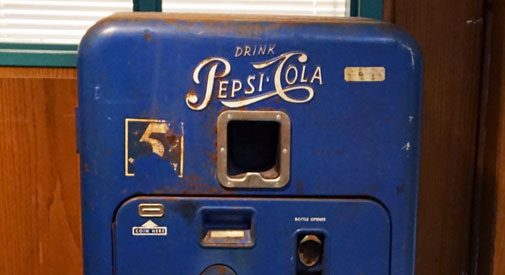 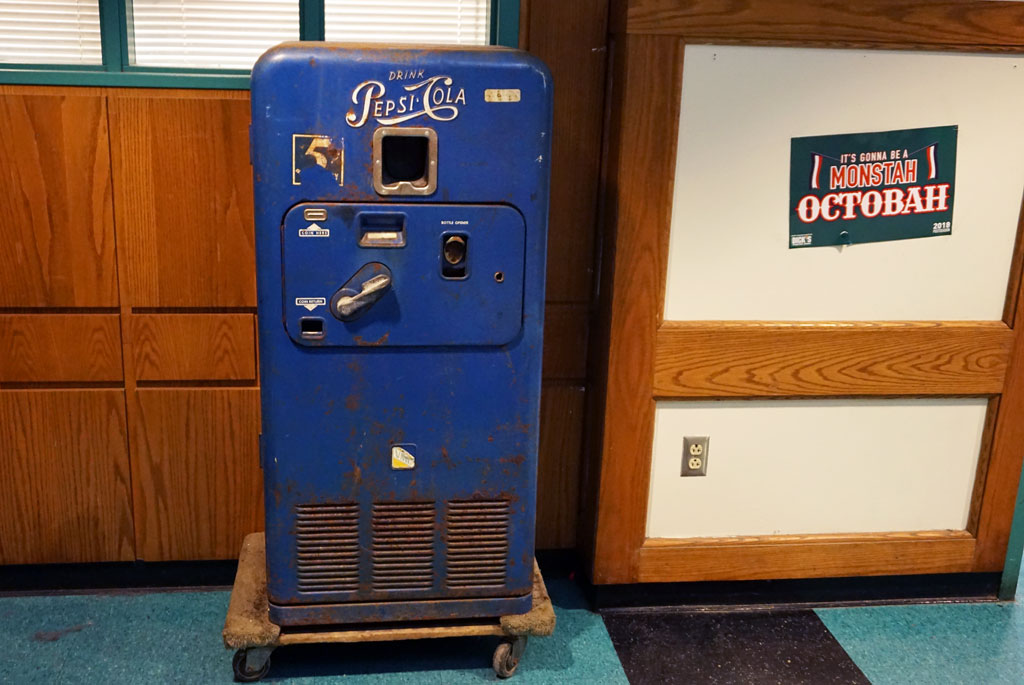 A vintage Pepsi machine is on display after being found at the Maria L. Baldwin School. (Photo: Tom Meek)

As winter set in last year, parent Christopher Lim made an unexpected discovery among the custodial tools and snow removal equipment at The Maria L. Baldwin School: a vintage Pepsi vending machine.

The inert machine is on display outside administrator offices, sparking awe from passers-by who marvel at the mechanical simplicity, time-tested craftsmanship and classic Pepsi scripture. The irony of its discovery and current station: soft drink vending machines aren’t allowed in Cambridge Public Schools.

At first, the machine was thought to date back to World War II, but close examination of an attached distributor plate shows a 1954 patent date – which doesn’t preclude it from being older, but makes the earlier estimate less likely. 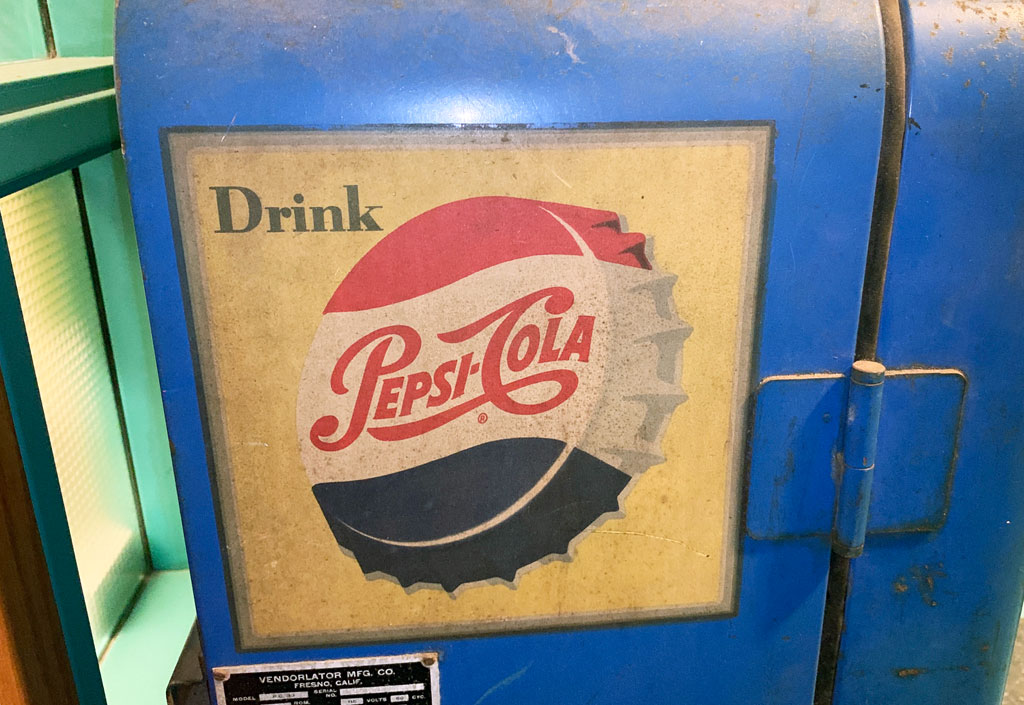 The vintage machine bears a message that also feels out of date in a Cambridge elementary school. (Photo: Tom Meek)

The machine probably arrived at the Agassiz neighborhood school by the hand of a custodian who retired more than a decade ago. Joseph “Buddy” Signorelli, assistant principal John Roderick said, “liked to drive around in his pickup truck and pick things up. There’s an old oval glass table out there too.” (Attempts to reach Signorelli for comment were unsuccessful.)

The storage locker where it was discovered, while part of the school’s main structure, is accessible only from the outside, as it houses seasonal equipment and snow melting agents – likely helping the Pepsi machine remain hidden for at least a decade. For safety reasons, Roderick said, the machine has been taped shut. 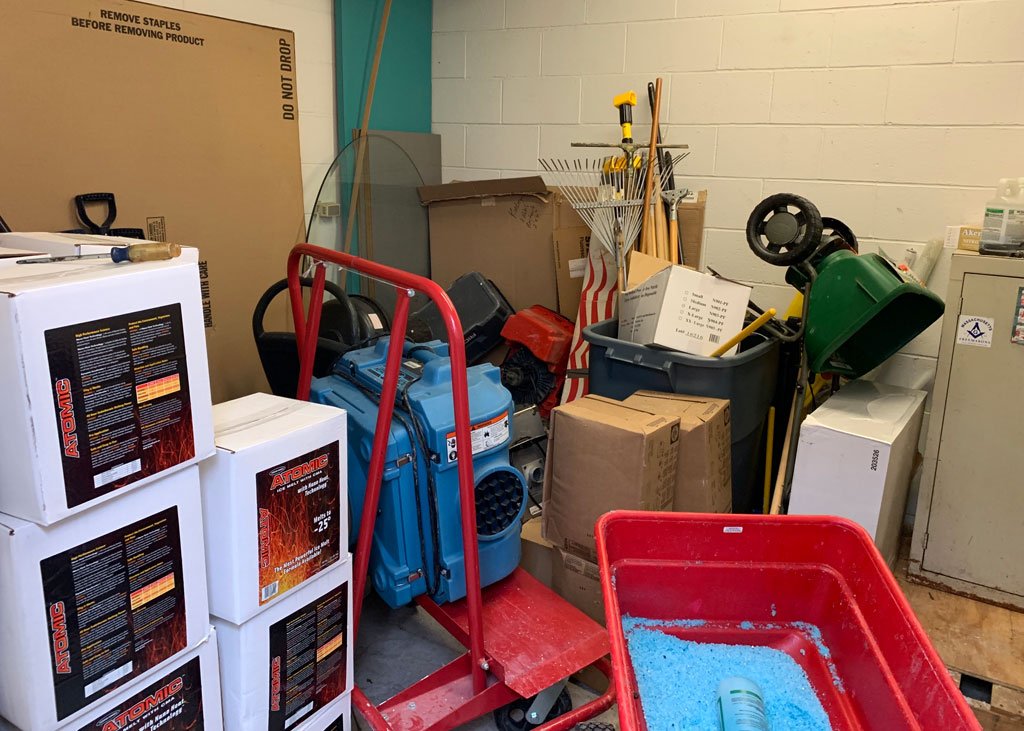 Being stashed in storage with snow removal equipment helped hide the machine for more than a decade. (Photo: Tom Meek)

Lim had thought to sell the machine to benefit Baldwin Blooms, an annual fundraiser run by parents and friends to raise money for school trips. As is, the machine could fetch a couple of hundred dollars, maybe even crest a grand – but refurbished and working, it could be worth as much as $10,000. As of now it still sits in the school hallway, a nod to the past and a curio. “How much did a soda cost back then?” a curious elementary schooler asked. “Probably a nickel,” an accompanying adult replied. “Wow,” the child said.

Perhaps the machine might be good for remedial math problems and simple economic principles – such as inflation and cost of living increases.