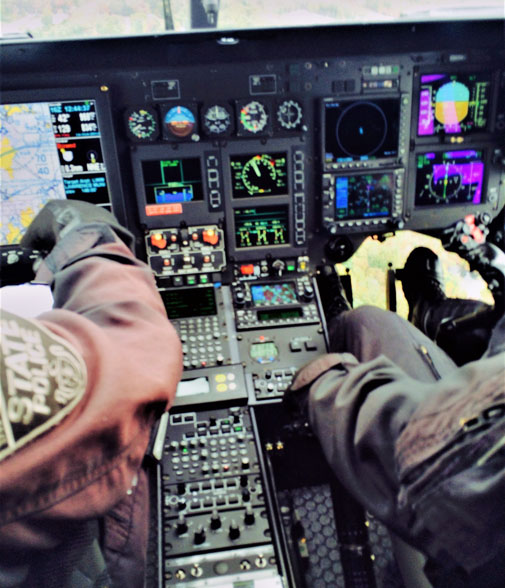 The helicopters flying over Somerville on Monday, sparking some concerned conversation online, were part of a successful search to find a missing man.

The missing person, a 22-year-old man living with autism, was last seen at a group home on East Albion Street in the early afternoon before Somerville police began searching, officials said. A contact with the Massachusetts State Police Commonwealth Watch Center brought in the MSP Air Wing at around 6:30 p.m.

The search from overhead used a SafetyNet system searching for signals from a tracking device worn by the missing man, state police explained.

At 8:25 p.m. the helicopter crew began receiving a signal and narrowed the search to an AutoZone on Washington Street. At the store, officers were told a man matching the description of the missing person had entered briefly, then run out several minutes earlier. Trooper Matthew Covino, equipped with a handheld tracking device as part of the same system used aboard the helicopter, helped search from the ground.

The flight crew directed Covino to Washington Street and Somerville Avenue at around 9 p.m.,. when his handheld receiver brought him to the Union Square Smoke Shop in Union Square. The missing man was found inside and turned over to the care of local police.

One commenter on the NextDoor neighborhood chat site reported how the story was portrayed on Facebook: as a “a manhunt for a homicide suspect.” A second commenter linked to a State Police report about the missing man shortly afterward.