‘The Image Book’: Godard’s cinematic collage will consume you, given the time and attention 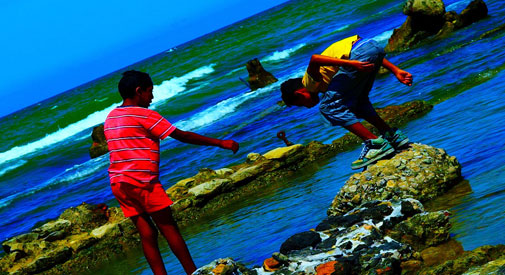 ‘The Image Book’: Godard’s cinematic collage will consume you, given the time and attention

In my mind there’s a debate which director had the best decade ever. The obvious choice is Coppola in the 1970s, topping Spielberg and Scorsese with four killers (“The Godfather,” “The Godfather II,” “The Conversation” and “Apocalypse Now”). How do you beat that? Well, in the 1960s, Jean-Luc Godard churned out “Breathless,” “Contempt,” “Band of Outsiders,” “Weekend,” “Alphaville” and “Sympathy for the Devil,” among others. That’s a pretty strong argument, even if folks want to fight over the last two entries. For me the French New Waver’s sci-fi flick (“Alphaville”) never worked, but it’s highly regarded; and many find Godard’s chronicling of the Rolling Stones’ “Sympathy for the Devil” studio sessions stilted, intermixing what I would call their greatest song with images of the Black Panthers and negative American imagery. But you can’t make that song look or sound bad, even if you interrupt it with total nonsense.

I digress. Godard is almost 90 and he’s made more than 100 films of various lengths and formats. He’s probably not been truly relevant stateside since his 1985 take on the Virgin Mary, “Hail Mary.” In pre-sex scandal Irish Catholic Boston, where the church was a powerhouse, there were far more protesters outside the Paris Cinema on Boylston Street (now a Walgreens) than people trying to get tickets. I wonder how that would float now? Shortly afterward, Godard made a short called “Meeting Woody Allen” before the pair’s collaboration on Godard’s “King Lear” – again, I wonder how it might be received today?

I don’t think Godard gives a rat’s ass what folks think of his films. He’s always made the vision he wants. Initially he wanted to be a writer, and dabbled in journalism; he crossed the creative divide into making films more about themes and feelings – the theater of the absurd and, in the case of “Weekend,” the lurid. One could argue that many of his 1960s works, namely “Breathless,” about a day in the life of a petty hood in Paris (Jean-Paul Belmondo) are visual contemplations on the cycle of violence.

That’s where we are with his latest, “The Image Book,” which gets five screenings in March at the Harvard Archive, starting with two Friday. In a highly edited montage we get newsreel footage of battle, cinematic battle, lots of Godard’s own work (several chapters of the film are labeled “Remake”), even “Jaws,” some choice footage from “Salò, or the 120 Days of Sodom” and classic Hollywood B&W snippets from the 1930s and 1950s, saturated with deep color that makes them feel like moving watercolor paintings. Like Godard’s “Goodbye to Language” (2014), a serendipitous exploration of the parallels between the travails of a couple and a dog, “Image Book” is haunting and ethereal, though edits and audio transitions are jarring at times. It’s like an ICA video installation on the early works of David Lynch: You can drop in and drop out, and it pretty much all still makes sense. It’s a building wave of emotion and social commentary that Godard has very carefully assembled. The patient will be consumed.

Most tag Godard incorrectly as founder of the French New Wave with “Breathless” (1960), but that honor is reserved for Agnès Varda, who made “Le Pointe Courte” in 1955. She’s got a few years on Godard, and in 2017 was nominated for an Oscar for her documentary “Faces Places.” (Those French have clearly found the fountain of youth.) In 1967 she collaborated with Godard, among others, on “Far from Vietnam” a pro-North Vietnamese postcard protesting U.S. involvement in the country. That film, a college of vivid images, is a perfect companion piece for “The Image Book.”