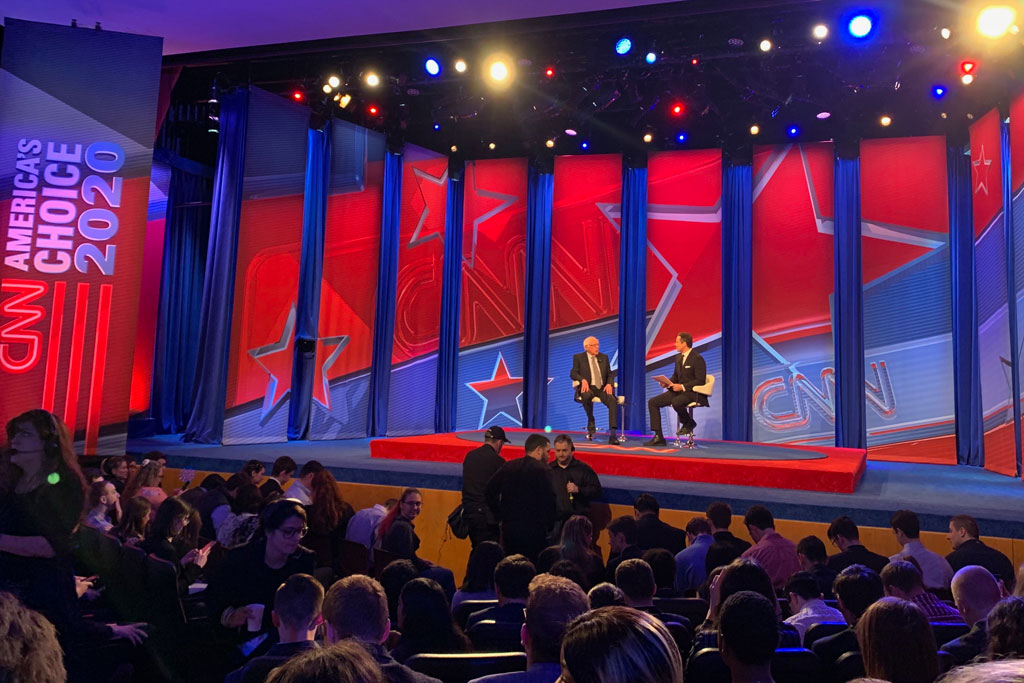 College students from more than 30 states fired questions at five of the top Democratic presidential candidates in back-to-back CNN town halls Monday co-sponsored by the Harvard University Institute of Politics and held at Saint Anselm College in Manchester, New Hampshire.

Harvard IOP and co-sponsor the New Hampshire Institute of Politics at Saint Anselm College each had about 200 students in the audience of 500. Harvard and Saint Anselm students asked most of the questions.

The town halls coincided with the release of a Harvard IOP poll of more than 3,000 young Americans, which found that more than a third of voters in the 2020 election will be millennials and Gen Z. The poll also noted one striking factor: The majority of young people, regardless of political affiliation, feel anxious about the moral state of America.

These are a few issues of concern for young Americans that were discussed in the town halls.

Other candidates questioned whether her plan was realistic.

“I wish I could staple a free college diploma under every one of your chairs,” she told the audience. “Don’t look. It’s not there.”

Buttigieg said he was unsure whether it was a smart investment to help relatively affluent students pay for college, which would be the case under Warren’s plan.

The Boston Marathon bomber could vote from behind bars under a Sanders administration.

The senator from Vermont said he believes all Americans should have the right to vote, even while incarcerated. Allowing moral dilemmas to interfere with constitutional rights could be dangerous to democracy, Sanders warned.

“I think the right to vote is inherent to our democracy,” Sanders said. “Yes, even for terrible people, because once you start chipping away … you’re running down a slippery slope.”

When asked later in the evening if he agreed with Sanders, Buttigieg said, “No.”

Victor Agbafe, a senior at Harvard, said Sanders and Buttigieg stood out to him because of their transformative ideas for improving American life.

“Those two seem to have the most fleshed-out vision for how they see things,” the aspiring doctor said after the town halls. “I think they seem to be very big on terms of even looking beyond certain political boundaries that exist today.”

Agbafe noted that direct questions from students cornered the Democrats into explaining the nuances of their policies, which he thought the public had not seen before this event.

The Harvard IOP poll found that 58 percent of young Americans worry that gun violence will affect them or someone close to them.

Taking a question from an aspiring teacher concerned by the frequency of school shootings, Harris promised to instate sensible gun laws within her first 100 days in office.

“I will give the United States Congress a hundred days to get their act together and have the courage to pass reasonable gun safety laws,” Harris said. “If they fail to do it, then I will take executive action.”

The candidates also discussed the recently publicized Mueller report, climate change, health care and the potential for Trump’s impeachment, among other issues.

After the town halls, Harvard first-year student Jaron Zhou said he thought the student questions were “courageous” and echoed his concerns as a young voter.

“I want to engage the youth to vote more and become more engaged in politics,” Zhou said. “I think putting them front and center in the political process is crucial to showing them that their voice matters.”