‘Ask Dr. Ruth’: Sex therapist of decades past has always had a lot going on – and still does 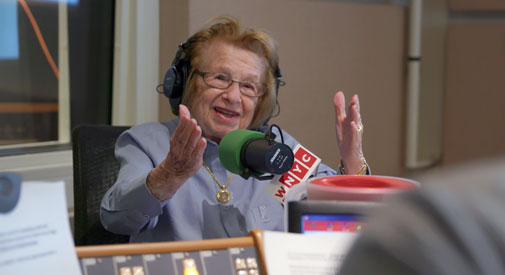 ‘Ask Dr. Ruth’: Sex therapist of decades past has always had a lot going on – and still does

Back in the 1980s and ’90s, Dr. Ruth Westheimer was everywhere, including on her own radio show and frequent appearances with the likes of Howard Stern and Johnny Carson. The diminutive sex therapist (she’s 4-foot-7) was Dr. Phil and more, as Ryan White’s adoring but deep-delving documentary reveals. 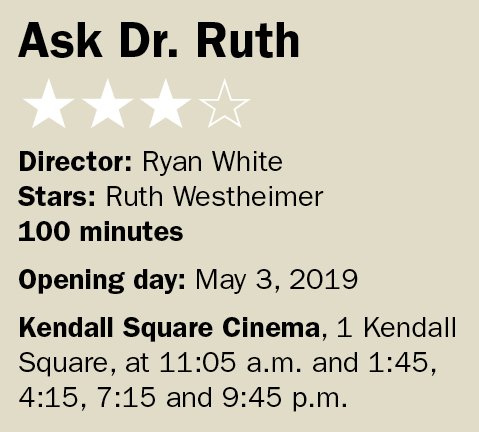 “She was America’s sex therapist during the AIDS crisis,” one talking head inserts before a cut to footage of Westheimer taking a hot potato insinuation about that disease from an audience member; the eternally grandmotherly woman calmly urges no blame or accusation, but a coming together of minds to avert a wider public health crisis and find a cure.

Recollections from that time may have her rendered as something of a caricature, but White’s dial-back reveals a keen, caring soul, and ever quick-witted (even at 90, as this documentary was shooting). He goes all the way back to when Westheimer, a German Jew, was put on a train to Switzerland as part of the Kindertransport program at the outbreak of World War II. Her parents perished in the Holocaust, and there’s a deeply heartfelt moment in the film as she looks them up at the World Holocaust Remembrance Center. It gives her pause, but the the stoic Westheimer stiffens a bit and remarks to the camera,  “I will cry later when no one else is around. German Jews don’t cry in public.”

There’s some fun it the telling too, which includes a pleasant blend of animation and old black-and-white images in importing tales such as Westheimer’s first sexual experience – in a hayloft in Israel after the war (where she was to meet her parents) with the brother of a young man she was dating. And it’s revealed that Westheimer was a killer shot: She served as a sniper in the Israel Defense Forces. Yup, little Dr. Ruth could pick apart a titan with her finger as well as she could with her words.

Married three times and something of an enigma to her children and grandchildren, Westheimer remains in perpetual motion, always acting and moving as if her life and the world depended on it. In one scene she shows White’s camera crew just how fast she can skedaddle. Along with getting a deeper look into Westheimer’s alluring persona and career, not to mention the dark corners of her childhood, the thing you realize is the absolute infectiousness of her charm and her care and compassion for fellow human beings. Ryan captures her winning personality with caring deference, and we all win.