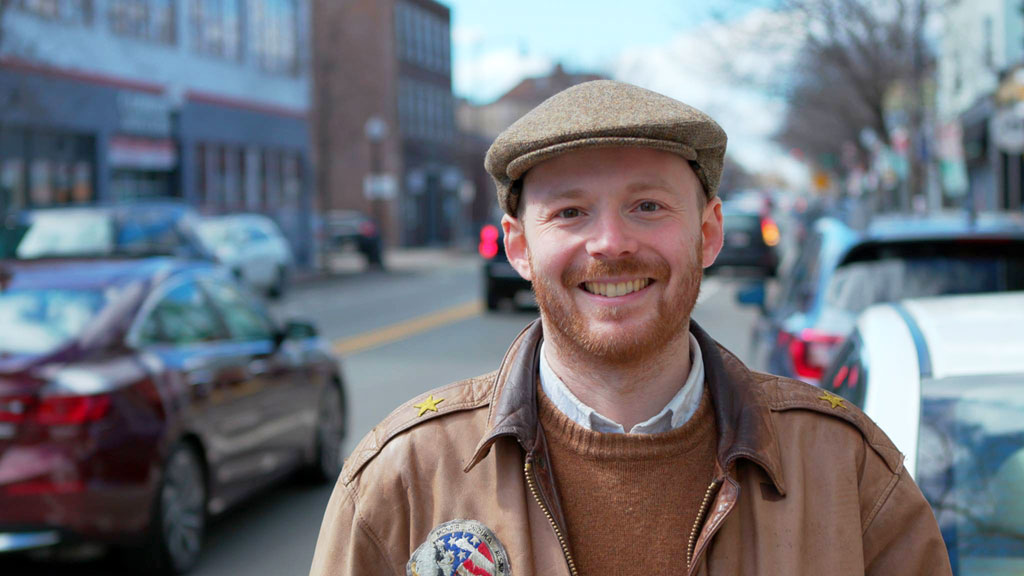 Ben Simon, one of the musicians who was evicted last year from the EMF Building near Central Square by a developer, is taking his fight for Cambridge’s lower-income earners and renters to the ballot box. He declared Wednesday that he is running for City Council in November, the fifth declaring challenger and the second inspired by the fight for the EMF arts community.

But his signature issue isn’t the arts, like fellow musician Johnny Berosh, but a return to rent control and an expansion of public housing.

“I was displaced from Cambridge with my family after rent control was lost in the ’90s, and I will bring this lived experience to the table as a policymaker,” Simon said Wednesday in a press release. “We can make Cambridge a zero-displacement city if we have the courage to stand up to special interests who profit from displacement. Everyone has a right to remain in their community regardless of their income, and as a councillor, I will fight for that right.”

Current elected officials aren’t treating the issue with the needed urgency, he said, and “people in Cambridge are sick of seeing seeing the same story repeat over and over: Insanely wealthy developer gets even richer by displacing people who have so little.”

That’s not just what happened to him and his band at EMF last year, when his work as an organizer won him a seat on the Mayor’s Arts Task Force; it also describes what happened to his family in 1999, forcing his family to leave Porter Square, where he attended what was then the Agassiz School, and move to the Midwest. “The city I left had been an ethnically and economically diverse place, with thriving low-income and working-class communities living alongside neighborhoods of great wealth,” he said. “I moved back as an adult in 2004 to find a very different Cambridge.”

The right of cities and towns to bring back rent control, which was removed from Cambridge in a statewide vote in 1994, is in a broader tenant protections bill co-sponsored by Cambridge and Somerville state Rep. Mike Connolly – who endorses Simon’s run for the council.“I’ve been impressed with Ben’s dedicated advocacy in support of the arts and the displaced musicians of the EMF Building, and I am very excited for his campaign,” Connolly said.

Simon also has the support of councillor Quinton Zondervan, who stressed Simon’s motivations to find solutions as a low-income renter himself. “He is at risk of being permanently displaced from living in Cambridge, like so many members of our community,” Zondervan said. “We need more people like Ben on the council.”

If elected, he vowed, he wouldn’t take more of his roughly $80,000 city councillor salary than he made in the previous year as an after-school teacher – around $22,000 – and would give the rest to community organizing efforts with the goal of building a grassroots movement for housing justice.

Former two-term councillor Nadeem Mazen famously donated one-third of his municipal salary back to the community; Simon’s plan turns that idea up to eleven.

A campaign kickoff is planned from 4 to 6 p.m. May 19 at 730 Tavern, 730 Massachusetts Ave., Central Square. RSVP at votebensimon.com.