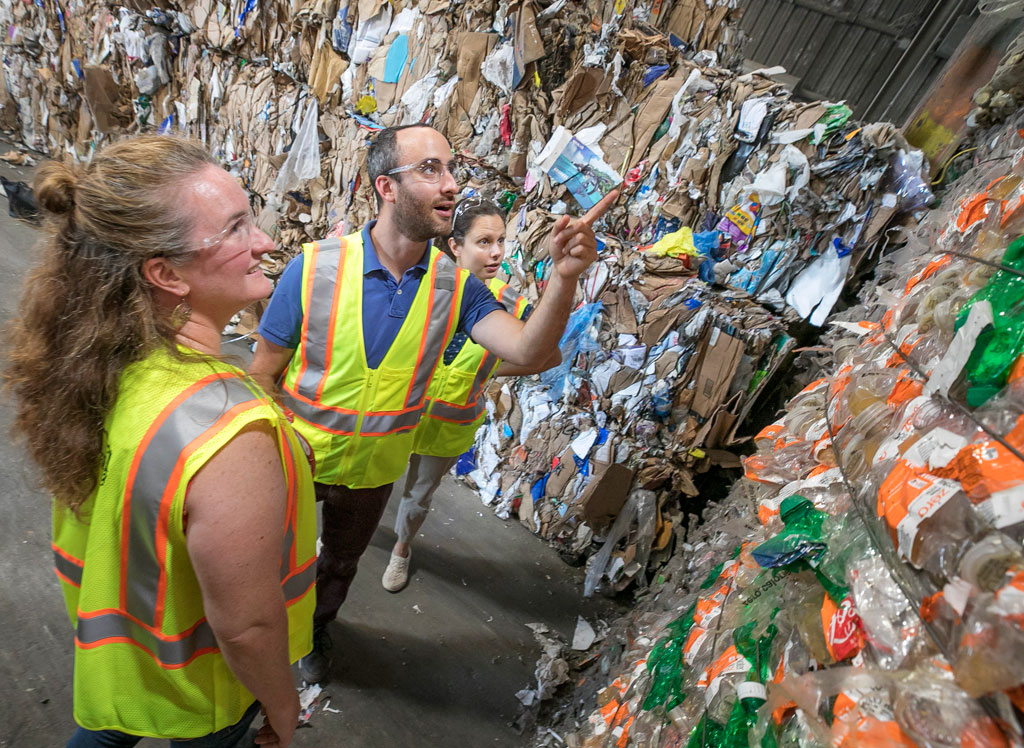 The Department of Public Works announced last week that paper liquid containers such as milk cartons and juice boxes are no longer acceptable for curbside recycling – the wax and aluminum that coat the inside being extremely hard to separate during processing, according to recycling director Michael Orr.

Most coffee cups are also coated with a light plastic to prevent seepage, and also better off in the trash than in the recycling bin.

Not recycling, it turns out, is a big part of recycling.

“Waste is overbearing, and we’re trying to simplify it,” Orr said. “Much of it is knowledge and being up to date. But if you know about 80 percent, that’s a good start.” 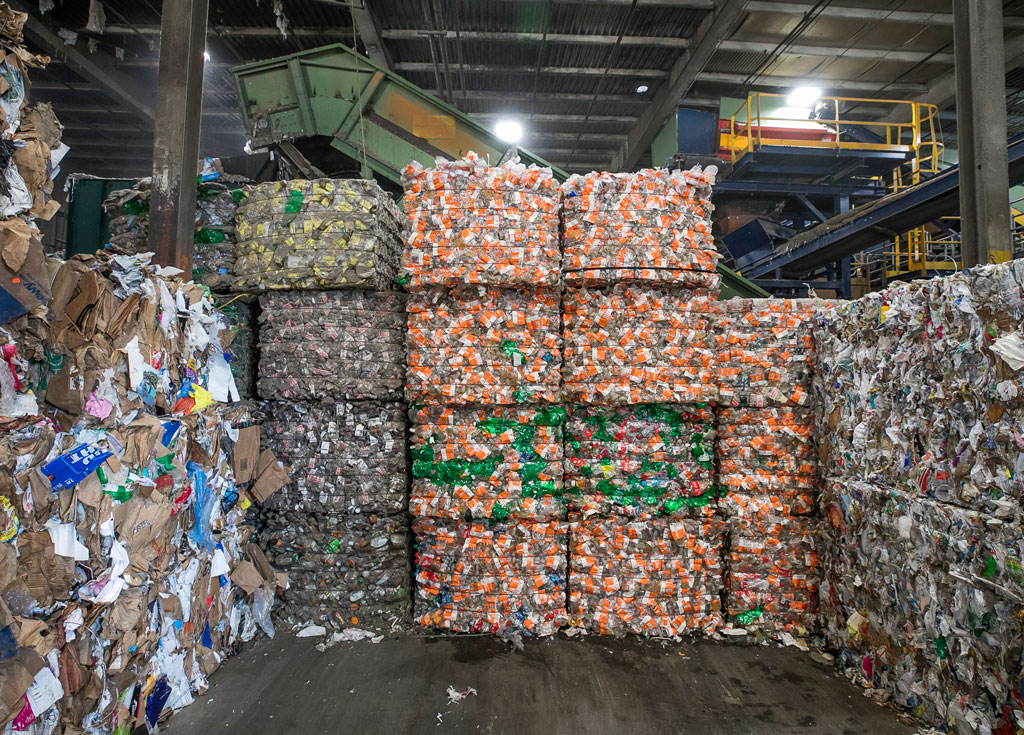 Cambridge recycling goes to a processing facility in Charlestown before being sold.(Photo: Kyle Klein)

Changes in recycling rules result from shifting markets – you have to pay to get it removed and processed, and there are buyers for the processed materials – and changes in technology and capacity. One big ripple came early in 2018 when China, which processed nearly half of U.S. paper waste, stopped taking it, citing contamination.

A more local example: The plant our glass materials went to for processing shut down because the number of bottles dwindled as beer manufacturers moved wholesale to cans. Orr says this is a good thing overall, as metal recycles better than glass, but created a short-term problem for the city. Such shifts in the recycling universe can mean an annual municipal expenditure for recycling that varies wildly from as low as $50,000 to a whopping $500,000 or over. Still, the cost of landfill disposal is almost double that, making recycling worthwhile fiscally as well as environmentally.

Recycling – from your kitchen into a reuse such as becoming a carpet or another beer can – is a long, multistep process. Curbside recycling is picked up by Russell, a specially equipped subcontractor based out of Somerville, and taken to the Casella processing facility in Charlestown where “single-stream,” all-in-one bins of recyclables are sorted, processed and readied for shipment to other processing facilities and sale, still primarily in Southeast Asia.

High contamination (such as enough of those waxy liners in milk cartons mixed in with papers) can render a bulk shipment low quality or, worse, cause it to be rejected, meaning it comes back. That can cost tens of thousands of dollars, Orr says. (A few things to note: Pizza boxes, which used to be considered contaminated if they had grease stains, are now accepted and considered highly desirable as long as the wax paper and cheesy residue is removed. Clothing hangers, no matter what material, are are not accepted curbside. Most to-go food containers are a no-go, except plastics, when cleaned. “We always talk about plastic being bad, but in this case,” Orr said, “it’s more preferable.”)

If you’re uncertain what to put curbside for recycling, the city has a website (and a “Zero Waste Cambridge” app for Android and iPhone) that lets you simply plug in what it is you want to get rid of and it tells you how to do it (including divertables such as electronics and clothing).

The bottom line, when in doubt: Throw it out. You may be creating a bigger savings overall, even if your ecological heartstrings say otherwise.

Curbside composting – technically a waste process, not composting, because the food and organic waste doesn’t go to the countryside to decay into organic fertilized soil, but to a Waste Management processing plant in Charlestown to become high-energy soil pellets – began as a test in 2014 with 5,200 households of buildings of 12 units or less. In April 2018 it went to 25,000 households of Cambridge’s more than 44,000. It received approval and funding recently from the City Council to roll out citywide in September to the full 33,000 households participating in municipal waste removal (the other households do it themselves or use another service), and the council has asked for the program to go to small businesses and nonprofits this year also.

The city provides residents with biodegradable compost bags, kitchen sink bins and secure outside containers that are designed to be raccoon proof, and curbside composting has helped reduce landfill waste by 7.3 percent in a year, Orr said.

Paper towels, napkins and tissues can be added to composting food waste, but only if dirtied by water or food waste. Mopping up animal vomit or tossing in materials with mucus, blood or any other bodily fluid introduces pathogens and contaminates the stream.

Things can, mind you, get a little rich on the nose anyway during the dog days of summer, but it’s all for the bigger good.