‘Rafiki’: Kenyan love story is rife with politics, including a true-life oppression of gay culture 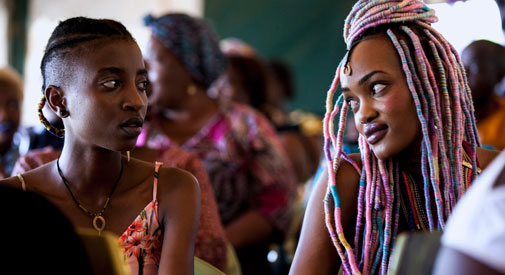 ‘Rafiki’: Kenyan love story is rife with politics, including a true-life oppression of gay culture

There’s a lot of stuff to talk about before getting to the cinematic merits of “Rafiki.” The film, about two lovers from opposing political families, is reminiscent of “Romeo and Juliet,” and the Swahili title translates to something innocuous and good (“friend”); neither are the reason for the film’s notoriety. “Rafiki,” directed by Wanuri Kahiu, was the first film out of Kenya to make the lineup at the prestigious Cannes Film Festival – and on the uglier side, was banned in that country, Kahiu’s homeland, which still has (but is debating repealing) colonial-era laws making homosexuality illegal, punishable by up to 14 years in jail. 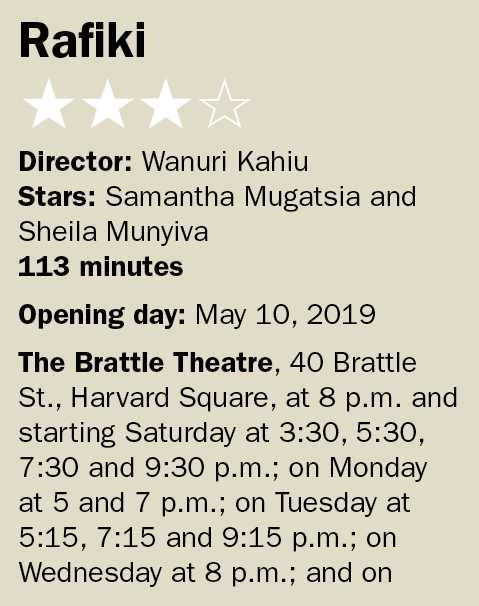 The reason for the film ban wasn’t explicitly those antiquated and oppressive laws, but because it portrayed a same-sex couple in a positive light. “Homosexuality is a reality,” a film board member said regarding the decision, “What we are against is the endeavor to show that as a way of life in Kenya.” Kahiu was asked to alter the ending – but refused and sued. A judge ultimately flipped the decision, writing, “I am not convinced that Kenya is such a weak society whose moral foundation will be shaken by watching a film depicting a gay theme.”

Beyond the courtroom brouhaha, the film still serves as badge of courage and perseverance for the Kenyan LGBTQ community for residing under such duress. At the heart of Kahiu’s film, which is based on the short story “Jambula Tree” by Monica Arac de Nyeko, are two young women with different ideals. Kena (Samantha Mugatsia) has plans to go to nursing school, while Ziki (Sheila Munyiva), a wide-eyed free spirit blessed with cool, colorful dreads, wants to break out and explore the world. In their first encounter Ziki pooh-poohs Kena’s mundane aspirations and encourages her to raise the bar. It’s love at first witty barb, but if the inherently hostile nature of the social climate doesn’t provide a big enough obstacle, their fathers’ political rivalry jockeying over a council seat threatens their blissful budding even more.

The pair’s palpably felt companionship – the realization of that rare human connection with someone who gets you, thoroughly and intimately – is the heart and soul of the endeavor, and what makes it such a joy. Given the glum setting in “the Slopes,” a term for the seedy outskirts of Kenya’s capital,“Rafiki” would be an entirely different film without this notion of hope. Perhaps it would be as moving (unlikely), but sadly so, as only a reminder of barren prospects and the pointlessness of dreaming.

It’s a good thing Kahiu didn’t back down on her principles. For Westerners, her portrait affords a look inside a culture and a country we’re not normally exposed to. To all, it’s a potent reminder that such practices of open oppression still exist. And inside that country, it’s most definitely a demand for progress.