‘Trial by Fire’: On death row after arson trial, but he finds a new hope (if not a new story) 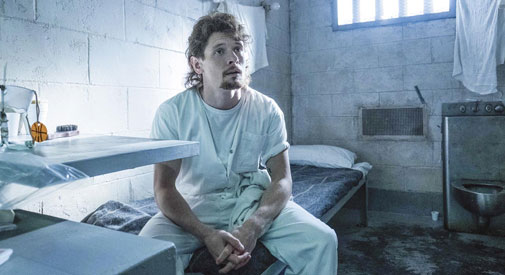 ‘Trial by Fire’: On death row after arson trial, but he finds a new hope (if not a new story)

Anti-death penalty films tend to land far and wide. There are hits (“Dead Man Walking,” “The Green Mile”) and misses (“The Life of David Gale”), much of it hinging on degree of subtlety vs. preachy, manipulative overtones. Sure, the talent involved matters, but so do tenor and posture. “Trial by Fire,” from Edward Zwick (“Glory” and “The Last Samurai”) lands closer to the “Dead Man Walking” side of the field than sermonic foul territory. It’s something of a nifty crime drama too. 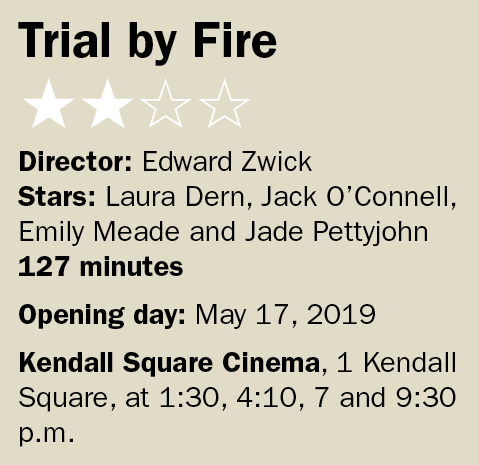 Adapted from David Grann’s haunting 2009 “New Yorker” article of the same name, “Trial by Fire” plays us for our stereotypes the way a courtroom might. Two days before Christmas 1991, in a poor Texas ’burb, Cameron Todd Willingham (Jack O’Connell), a man with a bedraggled mullet, pentagram tattoos, no job, no education and several run-ins with the law on his record, watches his house go up in flames with his three baby girls inside. Later that night he’s drinking at the bar and playing darts, reveling in all the donations that have rolled in.

It’s not pretty, and next comes sordid details of his marriage (wife Stacy, played by Emily Meade, was at work at the time of the fire). It all comes out in the courtroom after investigators examining the remains of the charred house – one expert articulating, “Fire doesn’t destroy evidence. Fire creates evidence” – deem it an arson-engineered death trap and charge Willingham with the crime.

As the film sets it (or us) up, Willingham’s guilty as hell – and just like that, off to death row he goes. The script by Geoffrey Fletcher plays with time and our sensibilities as it goes along. Willingham’s trial lawyer seems competent during the initial defense, but not so in a rewind, and then there are the shifting accounts from eyewitnesses (we saw what they saw, and they tell it differently on the stand). It’s enough to cast doubt but not enough for a retrial. Willingham and the film get a big boost when Laura Dern’s Elizabeth Gilbert (not the “Eat, Pray, Love” author), a compassionate single mother with two teens, embarks on a letter-writing relationship with Willingham and jumps in on his defense.

O’Connell, a British actor (“Unbroken”) whose stock should rise in the wake of “Trial by Fire,”  does an affectingly palpable job of selling us on his transformation into a more educated and balanced person behind bars. Meade and Dern are likewise commendable. It’s a heavy film with a heavy agenda that lets us know that Texas executes five times as many death row inmates as the next death penalty state, and Project Innocence gets rolled in too. It’s not overtly (and unnecessarily) manipulative until late in the game. Its points about the weaknesses of the justice system are provocative and real considerations to deliberate.