‘American Woman’: It’s babies having babies, until daughter disappears and breaks the cycle 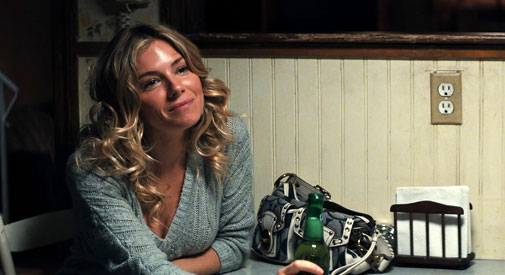 ‘American Woman’: It’s babies having babies, until daughter disappears and breaks the cycle

Can you imagine being a grandparent at age 36? In this dark, cloistered drama, we meet Debra (Sienna Miller), who had a daughter at age 16 who did the same thing at the same age. When we first catch up with Debra, she’s working as a waitress and sleeping with a married man who’s pretty much paying for her time. It ain’t pretty, but in her working-class neighborhood it feels like part of the American way. 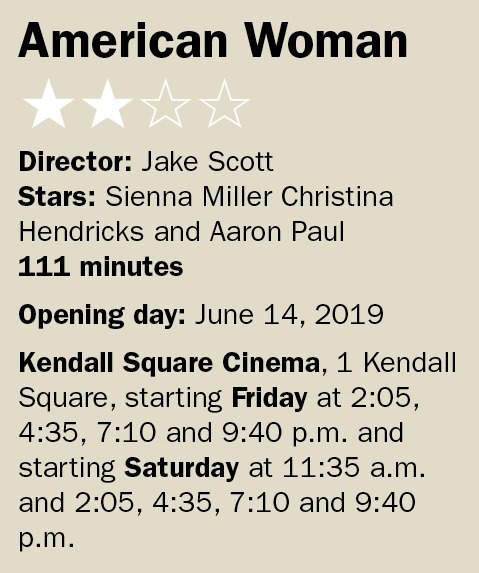 The film spans 10 years. During it all, Deb’s older sister Katherine (Christina Hendricks) is across the street, disapproving of her sib’s lifestyle but giving out unconditional love and support.  Not far away is their newly widowed mother (a dignified Amy Madigan) who, while compassionate and reflective, also harbors reservations. In short, we get three generations of women with the youngest, Bridget (Sky Ferreira, “Baby Driver”), rebellious and not all that great of a mom, often hitting the party scene and dumping her neonate, Jesse, on Deb. Funny how history repeats itself. The toddler’s fate seems sealed, but Deb holds it together as much as she can, clearly doing better than she did with Bridget. Then Bridget disappears, and the film shifts.

That abrupt changeup draws in the audience, going unpredictable places fast. Did the boy’s father Tyler (Alex Neustaedter), himself still a kid, have something to do with it? Is Bridget alive or dead? The not knowing almost literally kills Deb, but also forces her to be the mother to Jesse she wasn’t with Bridget. When we leap forward in time, Deb has changed and has a decent man in her life (Aaron Paul, from “Breaking Bad,” feeling a bit miscast), but the Bridget mystery remains, as does the fraught weight hanging on Deb. The film, directed by Jake Scott (Ridley’s boy), revolves around tropes about family and watching each other’s backs despite some wildly poor life choices. The script by Brad Ingelsby has Lifetime network written all over it as it ambles awkwardly out of the gate. Much is asked of Miller to hold it all together, and she responds with a gritty, emotionally deep performance. The rest of the cast is up to the task too, especially Will Sasso as Katherine’s protective husband (and perhaps the only decent man in the film), who saves Deb from more than one unsavory situation.

Digging around in the trivia trash heap, the film was originally called “The Burning Woman” and Ann Hathaway was set to star. (Hard to imagine her pulling this off any better than Miller, capable as she is.) There’s no question the film could have used a better title: Many will associate this with the indelible 1970 song by The Guess Who – not bad company, mind you, but also no way to distinguish yourself. “American Women” might have made more sense. Without Miller bringing the burning misery of uncertainty to the fore, “American Woman” would be just another generic American drama with a dusting of grit and woe.