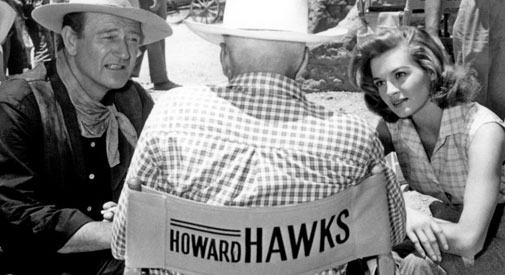 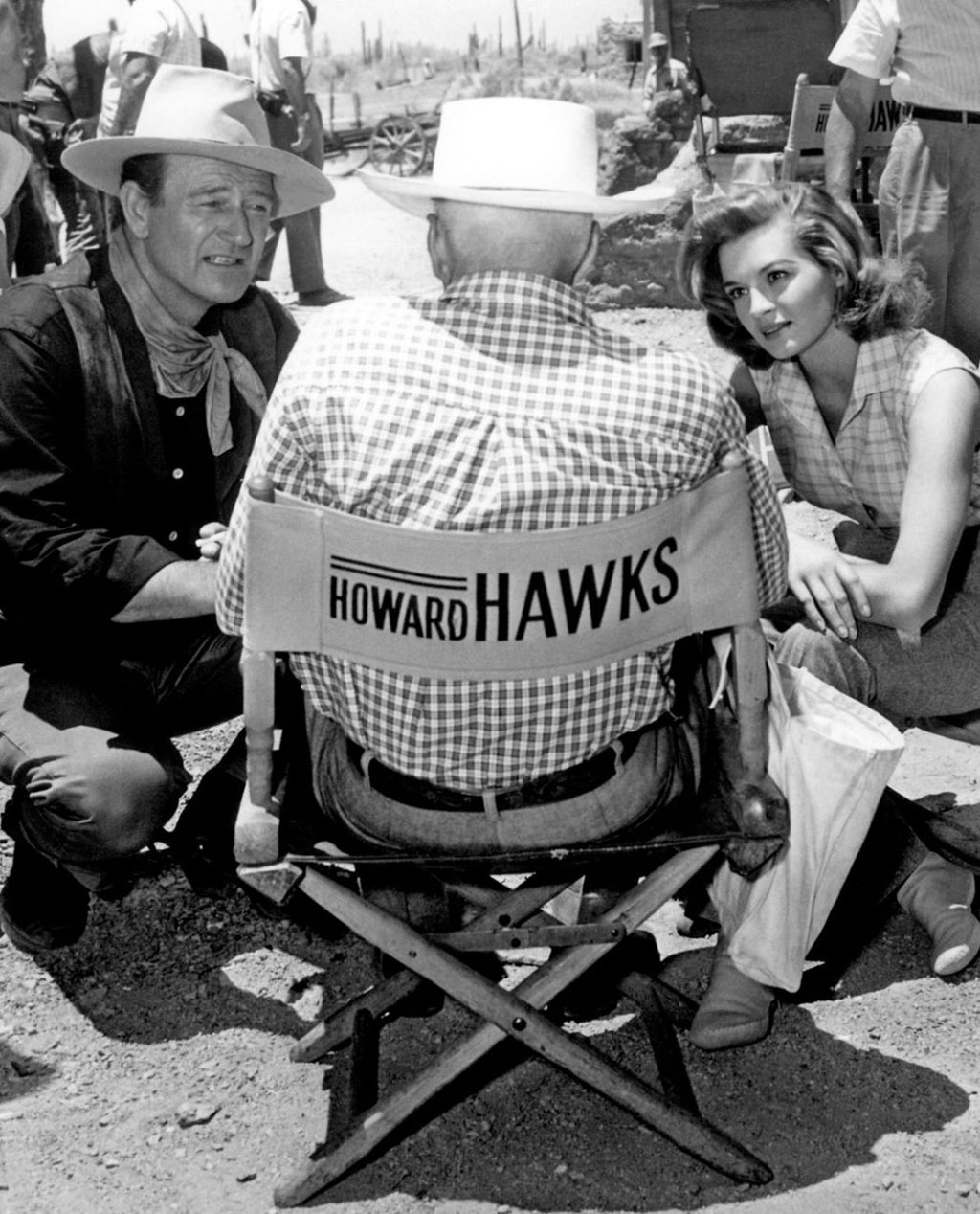 John Wayne and Angie Dickinson talk with Howard Hawks on the set of “Rio Bravo” in 1959.

Howard Hawks may be the greatest American filmmaker you never really think about. His name should be right up there in the conversation with Coppola, Chaplin, Scorsese, Tarantino, Ford and Welles, but rarely is. His output – dozens of films, most during the 1930s, ’40s and ’50s Golden Era of Hollywood – is an astounding list, filled with iconic stars, yet Hawks never won an Oscar and was nominated only once as director, for “Sergeant York” (1941). Beginning Friday, the Harvard Film Archive will commemorate Hawks’ incredible career with “The Complete Howard Hawks.” The slate of 40 films will be exhibited throughout the summer, concluding Aug. 30 with “Monkey Business” (1952).

Hawks had a pretty rich life. He grew up in a family that possessed a small industrial fortune, attended Phillips Exeter Academy and earned a degree in mechanical engineering from Cornell. His interest in film came when his family transplanted from the Midwest to Pasadena, California. After a stint in the U.S. Air Force during World War I and some dabbling as a gambler and race car driver, Hawks fell in with the likes of Cecil B. DeMille and Douglas Fairbanks. Hawks made several silent films in the 1920s, including the hedonistic “A Girl in Every Port” (1928, July 8), the Arabian-Parisian romance “Fazil” (1928, July 22) – both to be screened with a live accompaniment by Robert Humphreville – and his debut about a woman coming to terms with her sudden blindness, “The Road to Glory” (1926, not on the calendar and not to be confused with the 1936 war movie of the same title by Hawks that plays Aug. 16).

Personal favorites include the adaptation of Raymond Chandler’s pulp noir “The Big Sleep” which boasts a screenwriting credit from Willam Faulkner, “Bringing Up Baby,” which I feel is the greatest rom-com of all time – but, then again, I wanted to be a paleontologist growing up – and “Scarface,” with Paul Muni setting the standard for classic bad guy performances. Then there’s the classic showdown “High Noon,” which paired Gary Cooper (one of Hawks’ two longtime collaborators, the other being Cary Grant) as the sheriff with an “X” on his back and Grace Kelly, and the grim and dark “Rio Bravo,” which would become the basis for another Carpenter film, the 1976 urban crime thriller, “Assault on Precinct 13.” Angling back toward the light is the newsroom romp “His Girl Friday.” Perhaps one reason Hawks is left out when it comes to talking greats is his appetite for a smorgasbord of subjects and his quietly competent compositions – for better or worse, you don’t feel the filmmaker in there trying to make a splash or leave his signature, as you do with many star directors. Hawks’ films have always been about narrative and character and letting the combination make the magic that pulls in the audience. It’s something he did repeatedly.

“The Complete” series at the HFA was the brainchild of programmer David Pendleton, who sadly passed in 2017. Previous series have focused on Jean Renoir, Fritz Lang and Alfred Hitchcock.

Films and times, tickets and other information are on the HFA website.