‘Marianne & Leonard: Words of Love’: A muse recalled in verse long after the poet moved on 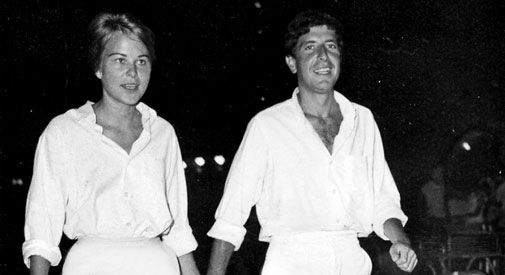 ‘Marianne & Leonard: Words of Love’: A muse recalled in verse long after the poet moved on

Documentarian Nick Broomfield has tackled some beguiling and controversial subjects during his prolific career, be it Tinseltown escort-turned-entrepreneur Heidi Fleiss (“Heidi Fleiss: Hollywood Madam”), serial killer Aileen Wuornos (“Aileen Wuornos: The Selling of a Serial Killer”) or the enigmatic death of grunge icon Kurt Cobain (“Kurt & Courtney”). Broomfield has a shaggy-dog quality to his approach, tending to insert himself into the story no matter his proximity or relevance, and sometimes oddly so – not overbearing like Michael Moore, but it still can be a distraction. In “Marianne & Leonard: Words of Love,” Broomfield can legitimately ring the bell as a participant; Marianne Ihlen, the front half of the film’s title, was at one point Broomfield’s lover, and allegedly his inspiration for becoming a filmmaker. 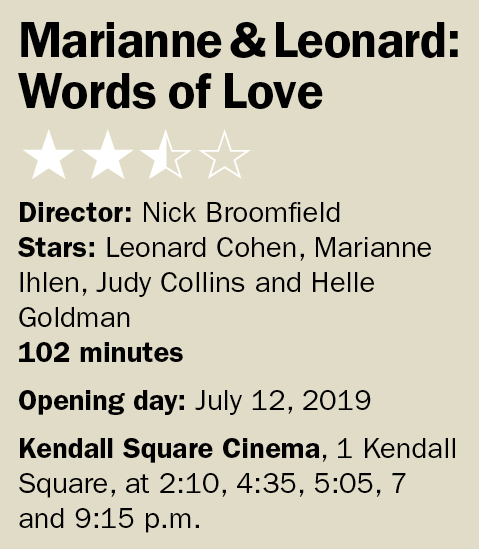 The other half of the title is none other than iconic folk signer Leonard Cohen, who had a longtime relationship with the Norwegian-born Ihlen. The two met in the early 1960s at an artists community on the Greek isle of Hydra, back when Cohen was a writer and had yet to meet Judy Collins (he penned “Suzanne”and she made it a hit in ’67) and go on to become a major force in shaping the popular music of the late ’60s and early ’70s. (Hydra was also where Broomfield met Ihlen).

The singer and his muse had a “free” or “open” relationship (thus that brief tryst with Broomfield, who became jealous of another lover on a higher-up rung) that would span decades – several of Cohen’s songs are tributes to her. The film doesn’t center wholly on the relationship, as the title might imply, but more so post-Hydra when Cohen decided he needed to do something else to earn a better income. That promising partnership with Collins enters and the focus shifts from Ihlen to Cohen’s musical successes and pitfalls, as well as his self-destructive yen for women and drugs. Cohen aficionados won’t be too much they don’t know (the Hydra chapter may be the exception), but the archival footage – including some newly discovered film shot by famed documentarian D.A. Pennebaker – will hit all the right nostalgia notes and likely educe a new degree of appreciation. Broomfield too tries to layer in his appreciation for Ihlen, even capturing her last, infirm moments, which, because of the remote presence of Cohen, come off more as a liberating fist pump than sad, agonizing whimper.

If there’s one thing Broomfield’s deferential redial of a man, a woman and a career does, it’s to show that creative genius does not brew exclusively in one soul, and that nurturing and encouragement from others is needed. There’s also the epiphany that the man, mostly regarded as a cool, croaky crooner with an avuncular exterior, roamed in some dark places chasing art and indulgence.