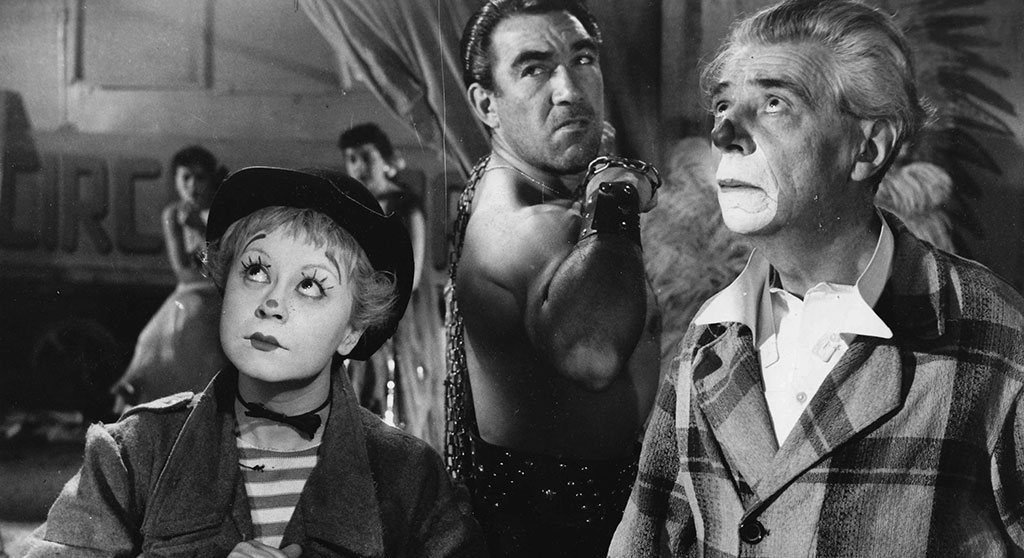 The Brattle Theatre celebrates the centennial birthday of legendary film producer Dino De Laurentiis starting Friday with the showing of Roberto Rossellini’s Italian neorealist “Europa ’51,” featuring screen legend Ingrid Bergman as a champion of the underserved, and “La Strada” (1954), Federico Fellini’s breakthrough starring Anthony Quinn as a circus performer of sorts. Also screening that night is “Cat’s Eye” the 1985 Stephen King horror trilogy starring a young Drew Barrymore and a then saner James Woods. If you’re thinking what the eff “Firestarter” has to do with the maestros that defined a major filmmaking movement – well, it’s Dino, who passed away nearly a decade ago after relocating to the United States in the mid-1970s and setting up a studio in Wilmington, North Carolina. “Cat’s Eye” would be one of many De Laurentiis-backed King projects, including the misfiring “Maximum Overdrive” (1986), which landed a coke-addled King in the director chair for his one and only time.

De Laurentiis, who grew up in Naples (catch a more contemporary and grim glimmer of the city at the Kendall Square Cinema in “Piranhas” opening this week) as the son of a spaghetti salesman, was involved in the production of nearly 200 movies. Among the other big names De Laurentiis produced along the way were Luchino Visconti, Vittorio De Sica, John Huston, Ingmar Bergman, Robert Altman, David Lynch, William Friedkin, Milos Forman and Don Siegel, scoring such hits and curios as “Death Wish” (1974), “Conan the Barbarian” (1982), “Anzio” (1968), “The Shootist” (1976), “Dead Zone” (1983) and “Manhunter “(1986).

On Saturday, the four-day engagement runs three sci-fi cult classics: the film that came with its own glossary and a saucy Sting, “Dune” (1984); the cheesy classic “Flash Gordon” (1980), adapted so a New York Jets QB is the one taking on Ming the Merciless; and my favorite, “Barbarella” (1968), in which it’s intriguing to see feminist activist-to-be Jane Fonda as an intergalactic sex kitten. It’s gonzo good fun (and lent the band Duran Duran its name).

Sunday marks perhaps one of the oddest double bills: “Serpico,” the 1973 true-life New York cop whistleblower saga that landed star Al Pacino a rightful Oscar nomination; and the gloriously hokey “King Kong ’76” with Jeff Bridges and Jessica Lange in the Fay Wray role as a damsel in the big ape’s palm, not to mention eerie flashes back to the newly built grandeur of the Twin Towers. The program concludes with the indelible arthouse psycho-thriller “Blue Velvet” (1986), with Dennis Hopper in all his road rage glory, Dean Stockwell lip syncing Roy Orbison’s “In Dreams” and a sensually elegant Isabella Rossellini (daughter of Roberto and Ingrid Bergman) as a lady in blue under extreme duress. The cast is fantastic from top to bottom and the film, like most Lynch films, moves in weird and pleasantly unsettling ways. If it feels like something of a passion project, the story has it that Lynch had to sign on to direct “Dune” to get “Blue Velvet” greenlighted. Both Dino-backed projects star Lynch’s square-jawed alter ego, Kyle MacLachlan.

For tickets, times and information, visit the Brattle’s website.