‘The Goldfinch’: Tartt adaptation never soars, but tale’s also not as bad as it’s been painted 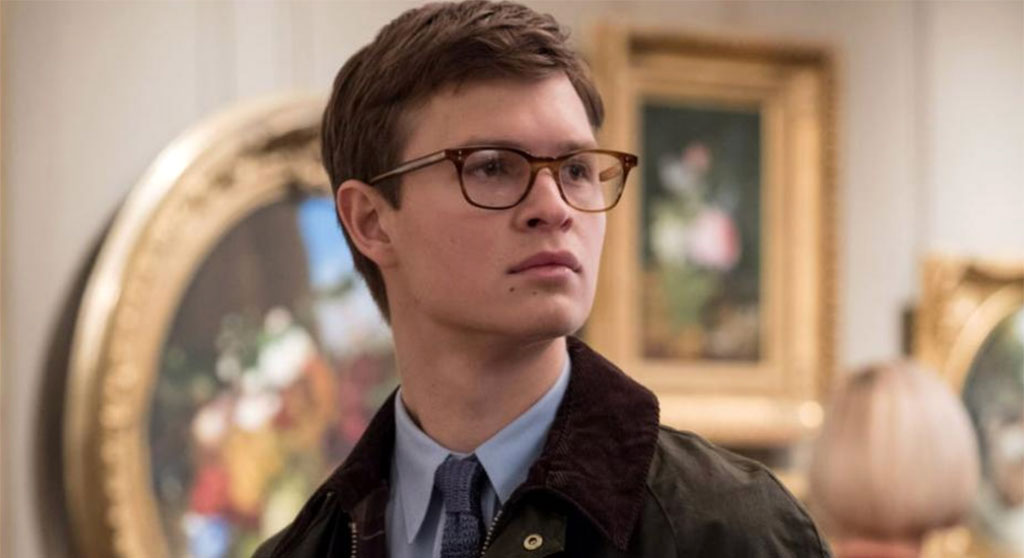 ‘The Goldfinch’: Tartt adaptation never soars, but tale’s also not as bad as it’s been painted

With waves of discontent rolling out of the Toronto Film Festival, John Crowley’s adaptation of Donna Tartt’s Pulitzer Prize-winning novel “The Goldfinch” seems poised to join “The Bonfire of the Vanities” as one of the great miscues of transposing popular contemporary literature to the big screen. Having seen it for myself, I’m not so sure that’s the case; it’s got its share of flaws, but that’s mostly because it tries to pack in too much (the 800-page novel is a lot to bite off) and Tartt’s central theme about the lingering burn of grief gets lost, as does a sense of character and character motivation. 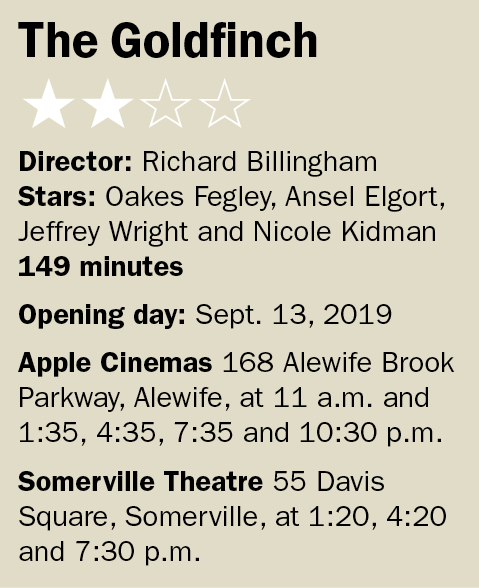 The most rocked in Crowley’s sea of emotional turbulence is its dour anti-hero, Theo Decker (Ansel Elgort, “Baby Driver”), who gets hit with a lot of bad shit but mostly caroms passively from one frying pan to the next, his fate and actions shaped by that of others. The film moves in a series of times shifts that transition seamlessly and are most effective in their early stagings around the young Theo (Oakes Fegley, of “Pete’s Dragon,” excellent here) seeking security and a sense of home after his mother is killed in a terrorist bombing at The Met. Dad (Luke Wilson) happens to be missing (abandoned the family, whereabouts unknown) so Theo moves in with the family of a fellow New York City prep school friend (Ryan Foust), where the family matriarch (a staid and elegant Nicole Kidman) comes regularly to Theo offering kind and compassionate coos.

Given the heft and span of Tartt’s work, there’s a lot of moving pieces – perhaps too many. Theo’s stay in the in Barbours’ flush Manhattan doesn’t last long; dad reappears; and then there’s Carel Fabritius’ painting of the title that looms over every frame and drives the plot with celerity as it nears conclusion.

Fans of the novel may have greater cause for disappointment, but the film’s never boring. Though long, it’s also riddled with enough bad-situation-gone-worse scenarios and compelling, human-touch moments to hold the audience’s attention, not to mention that it’s shot by Roger Deakins, a 13-time Academy Award nominee and once winner (“Blade Runner 2049”); to say it looks good would be an understatement. The acting also really anchors Crowley’s uneven interpretation. Elgort, given the least to work with, has enough natural charisma – like Kidman – to push the role further than the script by Peter Straughan (“Tinker Tailor Soldier Spy”) dares, and one’s coming-of-age heartstrings get tugged by the chemistry Fegley’s young Theo has with Foust’s chum, as well as a feral young Russian immigrant (Finn Wolfhard, alluring with a moppish head of hair and porcelain skin) whom Theo meets in the Vegas desert. The whole New York side of the story (then and now) get a warm avuncular embrace by the presence of Jeffrey Wright as an antiques dealer who mentors Theo. His reflective compassion and Kidman’s grace against indignity buoy each scene they’re in. Like the chained bird in Fabritius’ painting, Crowley’s screen adaptation is hindered from taking flight – by its ambition, scope and eddies of emotional indifference. The pieces are there, but they don’t cohere, resulting in more of a warble than a melodious song of grief.