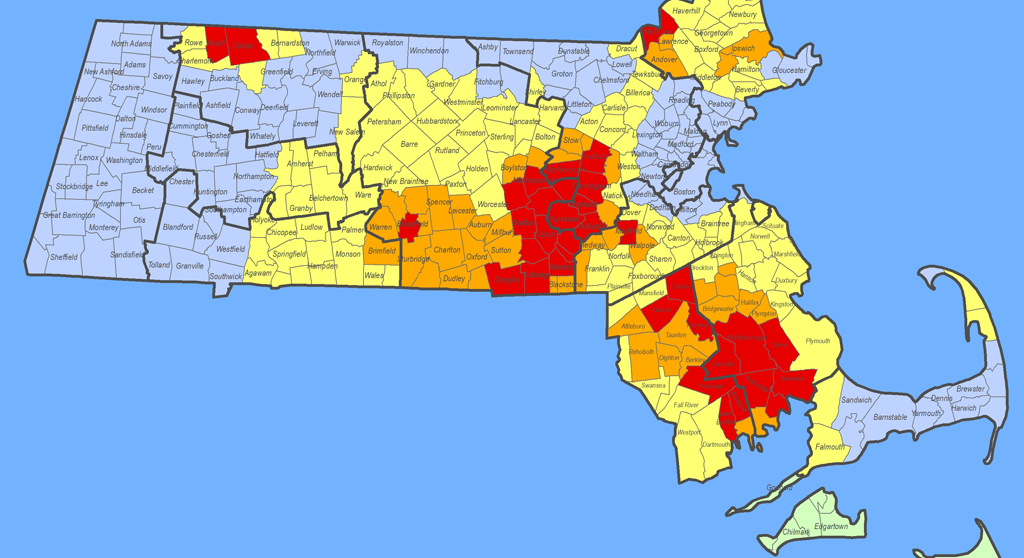 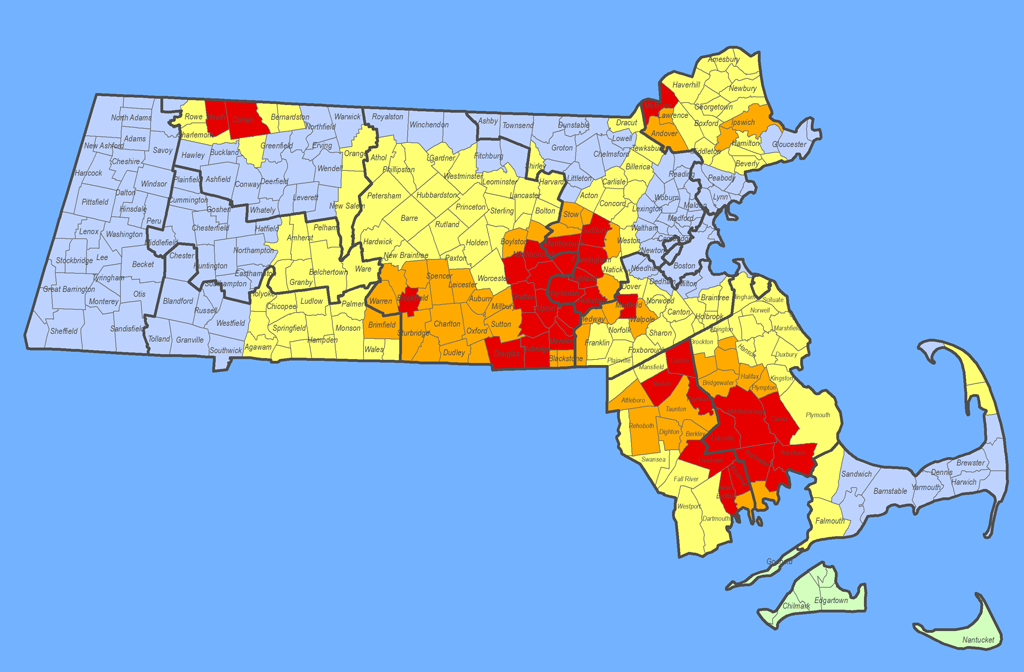 There are 75 Massachusetts cities and towns with a critical or high risk of human eastern equine encephalitis infection, according to the state risk map, but not Cambridge and other communities inside the Interstate 95/Route 128 loop, the city’s health department noted Wednesday.

“We believe that the likelihood of eastern equine encephalitis-infected mosquitoes becoming established in Cambridge is extremely low, because the habitats that support most EEE-carrying mosquito species are virtually nonexistent inside the I-95/128 loop,” said Claude Jacob, chief public health officer and director of the city’s Public Health Department.

The health department recognizes that the habitat and flight range of disease-carrying mosquitoes can shift over time, Jacob said, but the state risk map released Monday clears cities such as Cambridge and Somerville.

The East Middlesex Mosquito Control Project, the regional mosquito control agency serving Cambridge, will continue to conduct local surveillance for mosquito species than can transmit West Nile virus, EEE, Zika virus and other diseases, according to the city’s health department.

A Cambridge resident was diagnosed with West Nile virus Sept. 11 – the first human case of West Nile virus reported in Massachusetts this year – and state health officials believe the resident got it from infected mosquitoes in Cambridge. But with relatively few mosquito samples testing positive for the virus across the state, the risk of West Nile virus infection was raised only to “moderate” from “low” in Cambridge and seven other communities: Somerville, Arlington, Watertown, Belmont, Boston, Brookline and Newton.