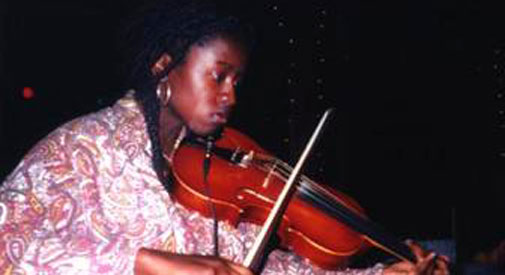 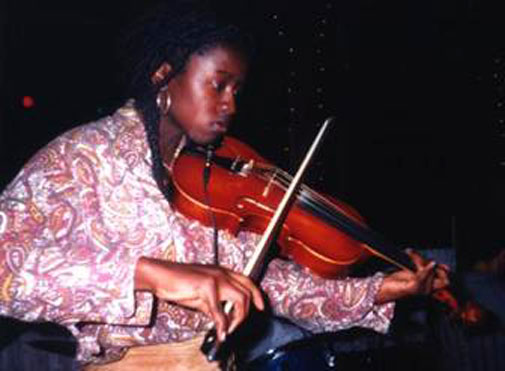 Along with other talents, Andrea Harvey was an accomplished musician. She was killed in 2005. (Photo: Andrea Harvey Memorial Fund)

The state’s highest court has rejected additional DNA testing sought by a man convicted of murdering his wife in Cambridge in 2005. But the Supreme Judicial Court said Tuesday the convicted man, Damion Linton, could submit additional evidence to support testing of one item.

Linton was convicted in 2006 of strangling his wife, Andrea Harvey, then 28, a popular math teacher at East Boston High School who was also studying at the Harvard Extension School. The prosecution presented evidence that Linton had been having an affair with another woman and that Harvey discovered it. Linton, who was 25 when Harvey was murdered, was arrested in North Carolina, where he had traveled the day before Harvey’s parents discovered her body at the couple’s Inman Square condominium.

The Andrea Harvey Fund was established in her honor in 2005. The organization gets individual donations and proceeds from an annual 5-kilometer City Walk/Run at Fresh Pond. The Fund awards scholarships to students from Cambridge Rindge & Latin School, which Harvey attended, and from East Boston High School. It also supports programs to prevent domestic violence.

Linton was sentenced to life without possibility of parole. In 2010 the Supreme Judicial Court upheld his conviction and affirmed a lower court refusal to order a new trial. After the Legislature adopted a law making it easier for convicts to seek DNA testing, Linton filed a motion in 2014 for additional testing.

After a hearing, a lower court ruled in 2016 that Linton had not met requirements in the DNA testing law to get additional tests. The Supreme Judicial Court decision Tuesday upheld almost all of the lower court judge’s findings but said the judge was wrong when he ruled that one piece of evidence did not exist and that the result of testing wouldn’t establish the identity of Harvey’s murderer.

Despite those errors, the Supreme Judicial Court said Linton had not established that new DNA testing methods were significantly more accurate than the ones available when he was tried, so the court rejected his bid for new tests. But the finding on the new test methods was based on evidence presented in 2015, when the lower court held its hearing, the court said Thursday. Linton can refile his motion “with appropriate evidence of improvements” in methods, it said in a footnote to the decision.