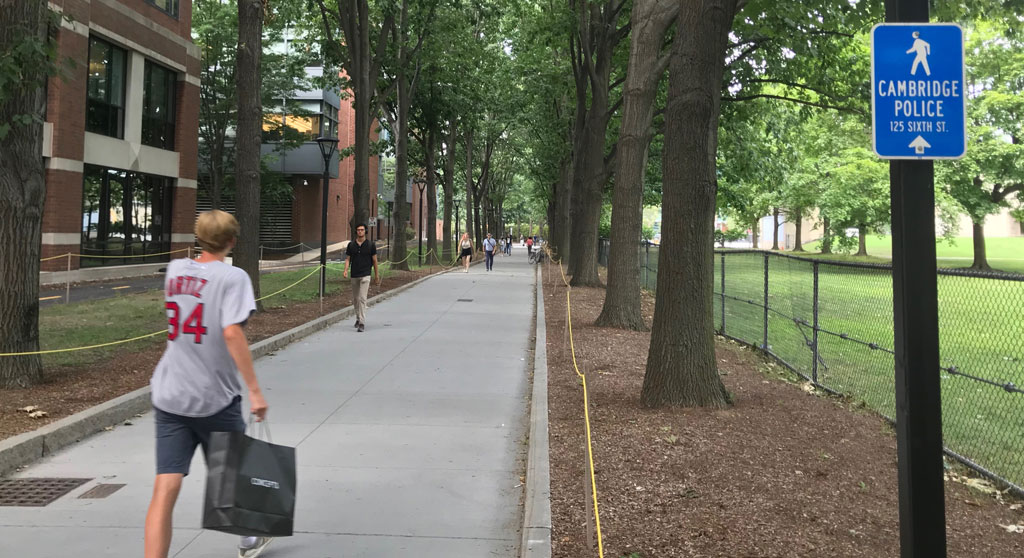 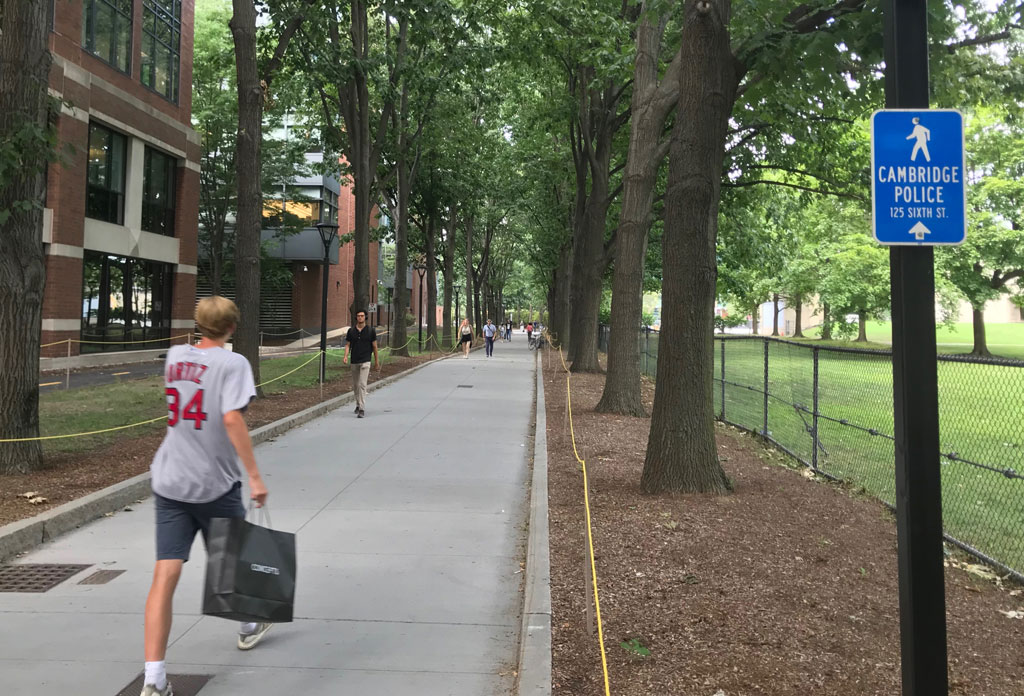 The teen accused in a July assault was arraigned Wednesday in Cambridge Juvenile Court, charged with armed assault with intent to murder, armed robbery and other crimes.

Isaias De La Rosa, 16, of Cambridge, was arraigned as a youthful offender and ordered held without bail until the next scheduled hearing in the case, Oct. 23.

Middlesex District Attorney Marian Ryan and Cambridge Police Commissioner Branville Bard Jr. say De La Rosa was the attacker in 10:40 p.m. July 13 assault in Officer William Loughrey Walkway, a pedestrian and bicyclist path in Kendall Square – making a victim of a woman in her early 30s walking home from the T station to her apartment.

Talking on her phone, she spotted De La Rosa on the path riding a BMX-style bicycle. She moved over to allow him to pass as he rode up from behind, but instead he set the bike down and walked over, hitting her in the back of the head with an unknown sharp object, according to Ryan and Bard. Hearing her scream, the man she was talking with on the phone called Cambridge police.

Officers arrived moments later and found the woman unconscious, her left eye swollen shut and cuts over her eye and forehead. She was taken to a nearby hospital and underwent multiple surgeries. She has lost vision in her left eye permanently, authorities said in a Wednesday press release.

De La Rosa was identified quickly as a suspect. Police found surveillance footage of the area a little less than an hour later showing the attack and then the attacker riding away on the bicycle holding the victim’s purse. Minutes after watching the surveillance video – at around 11:45 p.m. – a nearby police officer saw the attacker seen in the video.

The teen appeared first in Cambridge Juvenile Court on July 15, two days after the attack; he was indicted as a youthful offender Sept. 19 – a distinction that opens his proceedings to the public, whereas juvenile proceedings are closed to the public. In the Wednesday arraignment under his new status, in addition to the charges of armed assault with intent to murder and armed robbery, De La Rosa was charged with mayhem; assault and battery with a dangerous weapon causing serious bodily injury; and assault and battery causing serious bodily injury.