‘First Love’: Boxer and dame are on the run through cartoonishly blood-slicked streets 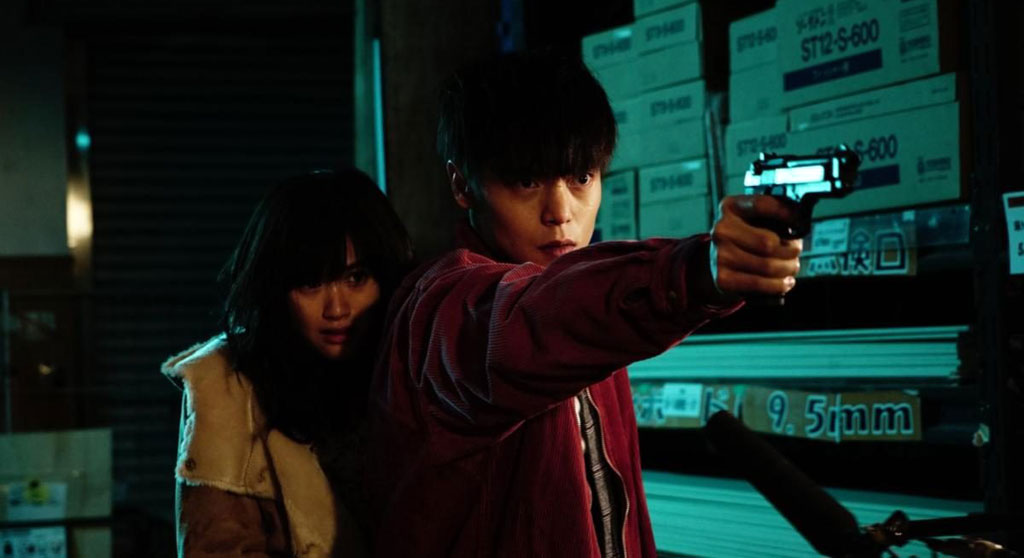 ‘First Love’: Boxer and dame are on the run through cartoonishly blood-slicked streets

Takashi Miike, the Japanese auteur of such intimate torture ditties as “Audition” (1999) and “Ichi the Killer” (2001) and the Kurosawa-worthy swordplay of “13 Assassins” (2010), returns to his roots with “First Love,” which, while lacking the intimacy of his other works, delivers the anticipated cringe-worthy beatdowns and unfolds in a freer and more conventional fashion. Taking place almost exclusively at night, amid the seedier side of a neon-bathed cityscape, “First Love” borrows some from Tarantino’s gangster dramas as it centers around a taciturn boxer (Masataka Kubota) and a young woman haunted by ghosts and forced into prostitution (Sakurako Konishi), thrown together and sucked into a criminal underbelly of yakuza heavies, drug dealers and one super badass moll. 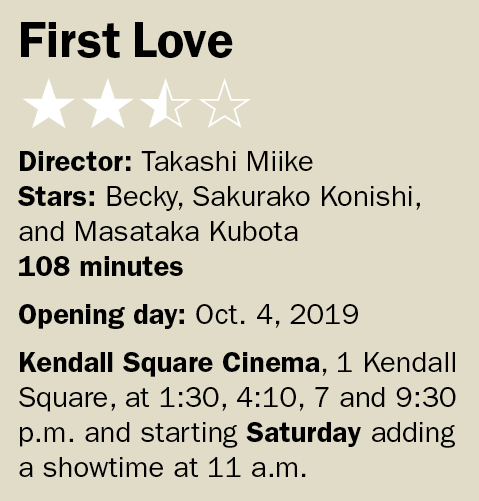 That boxer, Leo has his own ghosts – abandoned as a child, he’s recently learned he has a brain tumor. Yuri (Konishi), as a means for her handlers to hold her to her trade, is often hopped up on drugs that only expounds her frenetic paranoia; the specter only she can see comes charging at her in nothing but tighty-whities. Yes, “First Love” is that kind of of gonzo good WTF. It’s a deft professional jab by Leo that brings the the two together, but before they can pause to fall in love – because you know they should be together, no matter how hopeless and desperate their futures seem – bigger machinations rise up and engulf then. A midlevel enforcer named Kase (Shôta Sometani), seeking a greater slice of the action, hatches a plan to play his mafioso boss against a rival while mixing in a squad of corrupt cops. It’s a crapshoot that goes wildly astray. There’s little redeeming about Kase, though the fact that he thinks he’s smarter than he is helps make “First Love” such an enjoyable shit show of madness and mayhem.

Kubota, who also starred in Miike’s “13 Assassins,” carries the silent accidental hero part with aplomb as Konishi’s imperiled damsel dances about him, weaving in and out of bouts of hysteria. It’s great cinematic chemistry, but the real scene stealer here is Becky Rabone as Julie, the girlfriend of the gangster henchman who was Yuri’s protector/pimp. She’s pretty good with a blade, and if there’s not one around she’s just as happy to go hand-to-hand with a larger male counterpart, stomping his brains out once she’s got him down. Talk about a take-no-prisoners attitude (though the name Julie just feels wrong for such a luridly alluring incarnation): For most the film, she rolls through the streets sans pants or skirt, just blood-splattered stockings and stiletto heels. There’s one hilariously grim scene in which a gangster has his gun-wielding arm lopped off and tries to pry the the firearm away with his remaining hand, but his dismembered arm is clutching the pistol too tightly. (“Fist Love”?) It’s classic Miike, and sure to be an elating moment for fire-branded fans. “First Love” may be a bit of a changeup, but all the twisted, dark wit is in there and served up with a wry, bloody smile. Also too, not enough can be said about Nobuyasu Kita’s fine cinematography, which captures the rain-slicked, trash-strewn streets in vibrant neon splashes.