‘The Laundromat’: We go through a spin cycle while Soderbergh cleans house on bad finance 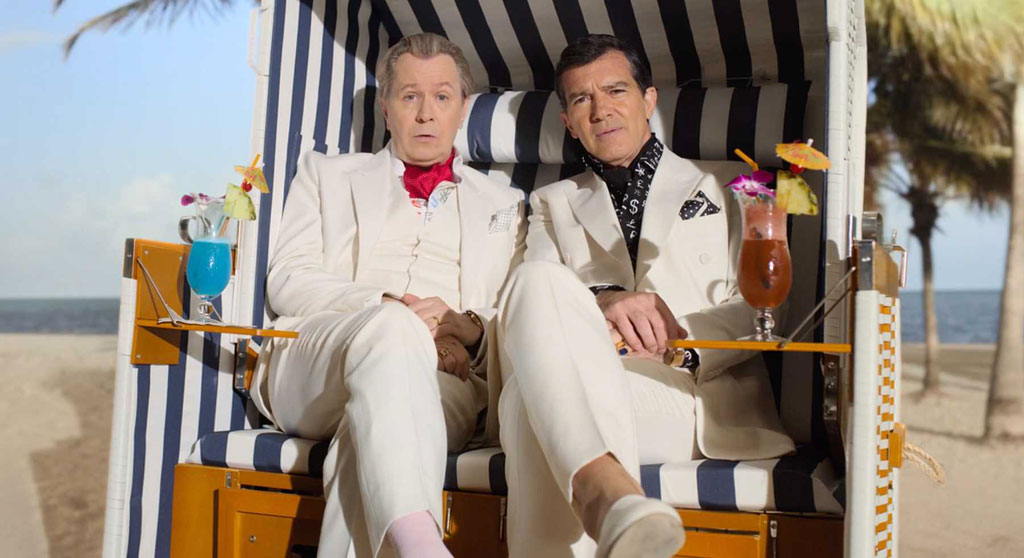 ‘The Laundromat’: We go through a spin cycle while Soderbergh cleans house on bad finance

Steven Soderbergh’s films have always been stacked with panache and verve. Take the mod hipness of “Out of Sight” (1998) or the “Ocean’s” films, let alone bigger, more serious affairs such as “Erin Brockovich” and “Traffic” – both made in 2000 and both striking Oscar gold – in which the filmmaker’s wry, slick sarcasm still manages to work its way up and out. That’s why taking in “The Laundromat” is somewhat disconcerting: It’s got style and sass for sure, but it’s someone else’s pen that Soderbergh’s wielding, most conspicuously that of Adam McKay, who inked quick irreverent, knee-jerk changeups into “The Big Short” (2015), the artfully outrageous dissection of the subprime housing collapse. 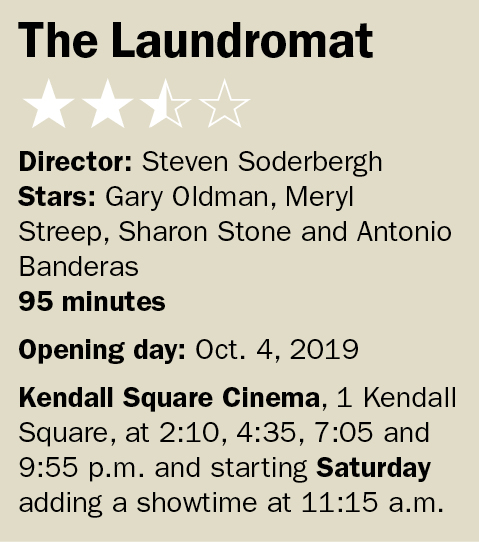 “The Laundromat” too is about a financial fissure in America, though it’s a more intimate and less grand affair than “The Big Short” and employs loosely bound segments (Secret 1, 2, 3 and so on) to bring you the not-so-great news. The first segment, “The Meek Are Screwed,” obviously caught my eye. The meek are mentioned relentlessly throughout the film, lemmings we should care deeply about no matter how many go over a cliff at the promise of financial security and greener pastures (the American Dream; nay, scheme). The first meek we meet are a retired couple, Ellen Martin (Meryl Streep) and her husband, Joe (James Cromwell), who take a pleasure cruise across the placid waters of Lake George. There’s an accident, Joe doesn’t make it and Ellen, who thinks she’s going to buy a condo in the sky, drink mai tais and watch the sun rise, is in for a rude awakening. The insurer of Joe’s policy is a mailbox somewhere in Nevis with funnel after funnel to shell corporations elsewhere. It’s a maddening, endless web of paper that if put into boxing terms might be Ali’s infamous rope-a-dope – you can slug away all you want, but in the end you’re exhausted and primed for a knockout.

Ellen’s a slugger. And over the course of what amounts to a long, drawn-out bout, you begin to really admire her moxie. She starts with that mailbox, which belongs to a somber, cagey gent named Boncamper (Jeffrey Wright), whose personal life proves nearly as dubious as his dealings. Ellen may be grasping at straws, but Soderbergh and screenwriter Scott Z. Burns follow the trail with the same diligence they tracked the source of a lethal pathogen in the pandemic thriller “Contagion” (2011). Along the path we get myriad digressions, be it a corrupt and extremely rich African ex-pat named Charles (Nonso Anozie) philandering poolside with his daughter’s college roommate, two naive Americans slugging tequila in the wrong Mexican cantina or the British businessman (Matthias Schoenaerts) who tries to shake down a Chinese matriarch on her home turf – not a good strategy.

It turns out all roads lead to Panama (yes, this is the saga of the infamous Panama Papers, that if not for Wikileaks and the subprime debacle might have been more boldly underscored in history books) and there we get the cherry duo of Ramón (Antonio Banderas) and Jürgen (Gary Oldman), law partners at a firm that manages nearly 25,000 shell companies who provide the kind of aside insights that Margot Robbie did from a hot tub in “The Big Short.” The pair are dashing, charming, and you’re thrown into a trance every time they rationalize the state of the universe with a shrug and wry smile. Their smugness is intoxicating, but it’s hard to root for the shell gamers as they inflict pain and suffering upon the meek with their “just bending the rules” machinations. The charismatic actors forge devilish chemistry too, twirling around each other like Fred and Ginger; Oldman, who won an Oscar last year for playing Churchill, gets to take a German accent out for a spin. For the most, he handles the curves nicely, but in the pit he lays it on a bit thick.

As things come full cycle, Soderbergh and Burns suddenly seem to be at a loss. Perhaps they should have done more with Sharon Stone’s persnickety real estate agent in a clingy sequin dress, or David Schwimmer’s boat operator, royally screwed by big insurance. But no, as this “Laundromat” closes we get put through the ideological wringer as the fourth wall is kicked down for a dour dose of pedagogy that’s meant to incite. Unfortunately, all the lazy symbolism does is agitate and bleach out what had been a luridly piquant sojourn to Central America and other unsavory ports of global corruption.