‘Tread’: They did this bulldozer owner wrong, and he’ll take out half the town to make it right 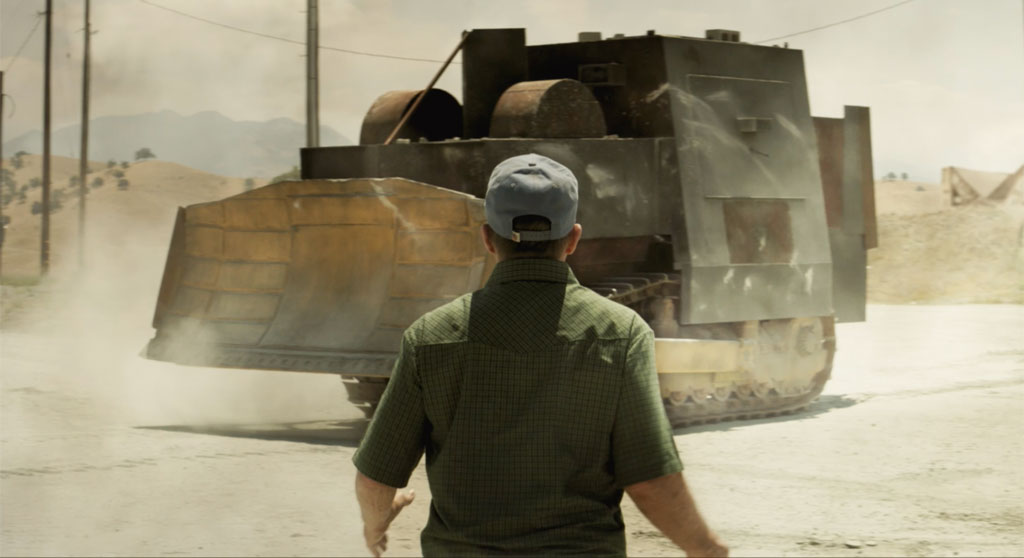 ‘Tread’: They did this bulldozer owner wrong, and he’ll take out half the town to make it right

Documentarian Paul Solet takes a newsreel curio and turns it into “Tread,” a riveting, anthropological examination of small-town life, the hairs that get curled during long legal proceedings and the psychological pathology of righteous retribution. If you dial back to 2004 you may recollect a pissed-off citizen going berserk in the podunk town of Granby, Colorado, with a bulldozer. It was no ordinary piece of construction equipment, but a Komatsu D55A tricked out with armor and automatic weapons – in essence, a tank that authorities were ineffective in stopping for a several-hourlong rampage.

But before getting to that, Solet rewinds to what would send Marvin Heemeyer over the edge. It’s important to keep in mind that Granby’s a close-knit mountain town of 2,000. In interviews, many townsfolk reflect fondly on Heemeyer, noting his amiable manner and skill as a welder and skimobile racer. During the buildup we also meet Trisha Macdonald, Heemeyer‘s girlfriend, whose sensible and reflective presence doesn’t suggest the kind of person who would take up with someone who was arguably off their rocker, let alone a brimming sociopath. But then there are tape recordings by Heemeyer himself, righteous and delusional: “God bless me in advance for the task which I am about to undertake.” In a pivotal scene underscoring the psychological mood, a re-enactor playing Heemeyer shaves his head, Travis Bickle style, before firing up the big rig.

The pushing point, we’re told, is a long simmering land dispute. Heemeyer owned and operated a muffler and welding shop, but the parcel he bought at auction was also desired by a local businessman with strong municipal and political ties. Infractions and numerous legal battles – that Heemeyer lost – added up and took their toll, forcing the 50-something craftsman to withdraw and put his skill to work. The killdozer, when you first catch a glimpse of it, seems like something out of a zany sci-fi or post-apocalyptic film. What’s also impressive is Solet’s meticulous orchestration of the narrative, especially during that final chaotic showdown when a gantlet of police, grenades, 50-caliber bullets and even earth movers couldn’t stop Heemeyer from obliterating half the town. The blend of archival footage, commentary from the participants and re-enacted dramatization builds with the taut grit of a hardboiled thriller.

Solet, born and raised in Cambridge, cut his teeth in the horror genre (“Grace,” “Dark Summer” and a “Tales of Halloween” segment). His last outing, “Bullet Head” (2017) was something of a crime thriller with an envious cast, featuring Adrien Brody, Antonio Banderas and John Malkovich. The project wasn’t quite fully baked, but perhaps a helpful warm up for “Tread,” a clear departure for Solet that’s a compelling ride and a window into the machinations of small-town life that push one of their own too far.