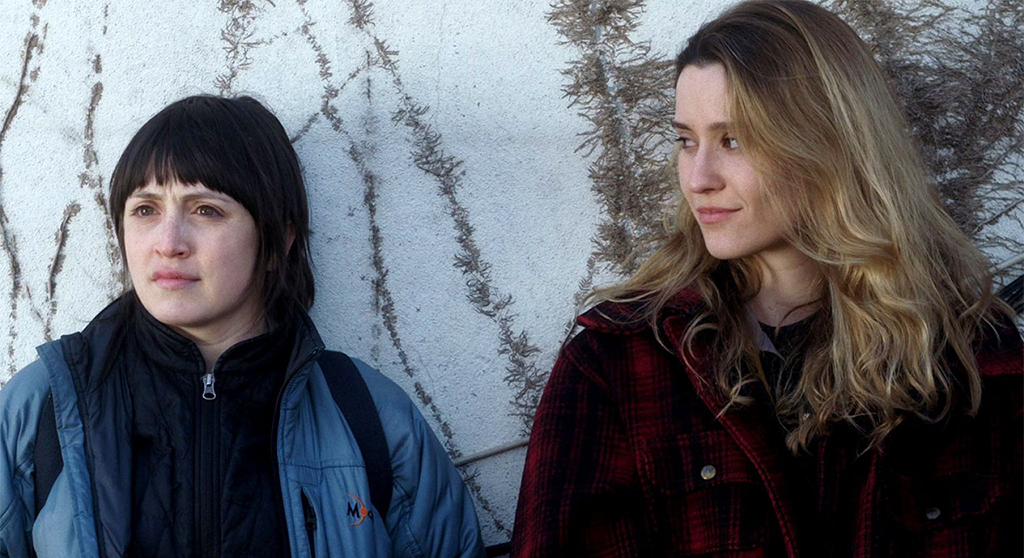 A sharp, clever character study revolving around two friends whose relationship takes on varying shades (ever darker) over a 10-year period. In “Fourteen,” streaming from The Brattle Theatre​’s Virtual Screening Room, what initially looks wholesome and organic becomes something forged more out of matters of necessity, guilt and obligation.

When we first meet Mara (Tallie Medel) and Jo (Norma Kuhling) they’re young Brooklynites with bright futures. Jo is statuesque and stark in style, form and attitude, especially compared with Maria, who’s petite, pixieish and demurring. They’re Mutt and Jeff in more ways than one. Early on we think we understand the balance; Maria works as a kindergarten school teacher, while Jo allegedly is a social worker but seems to be always out of work for one technicality or another. Her ostensible dysfunction and bad situation pools and expands as we drop in on the pair in various settings (a spare apartment, a dinner party, broad windowed cafe or sitting on a park bench) getting snapshots of the evolution of their relationship. And there’s men, and sex, always there but never as important as the Jo and Maria dynamic, its inherent camaraderie and edgy jealousy.

In one drop-in, Jo quips to Maria, just back from an unsatisfactory date, “You know you have a tendency to think people are insulting you when they try to fuck you.” It’s an odd exchange, but you’re on the edge of your seat trying to dissect and plumb. You learn the title of the film is the age that Jo is diagnosed with certain mental disorders, the kind that slip under the radar and manifest themselves in bigger, more problematic ways as they become pillars of the formed adult.

Made for less than $100,000 by critic and writer Dan Sallit, “Fourteen” is a lo-fi wonder, long on talk and short on setting – the kind of small, intimate film John Cassavetes used to make. Sallit’s big win here are his two impressive leads, who should see their stock soar. They and the film have likely triumphed in ways that might not have come about without Covid-19.