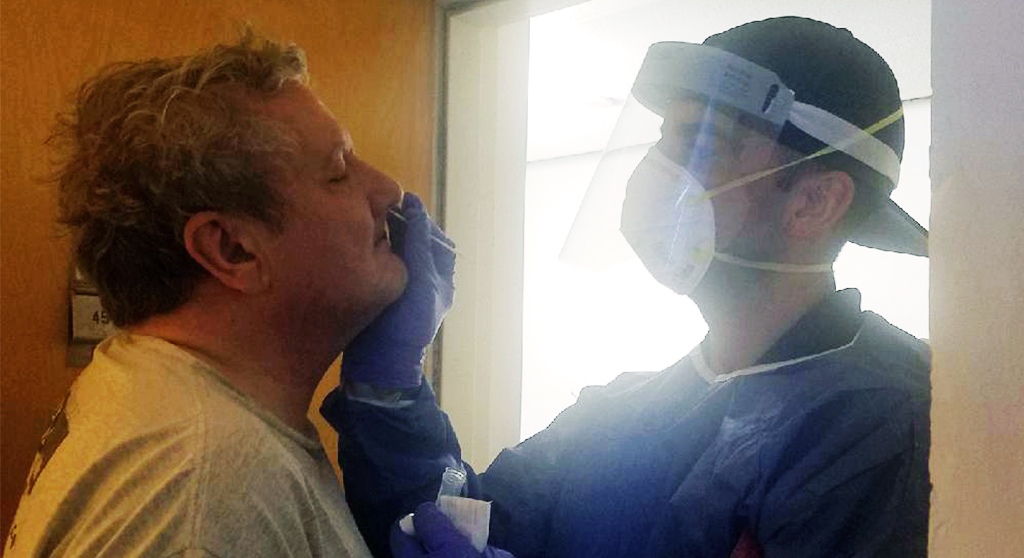 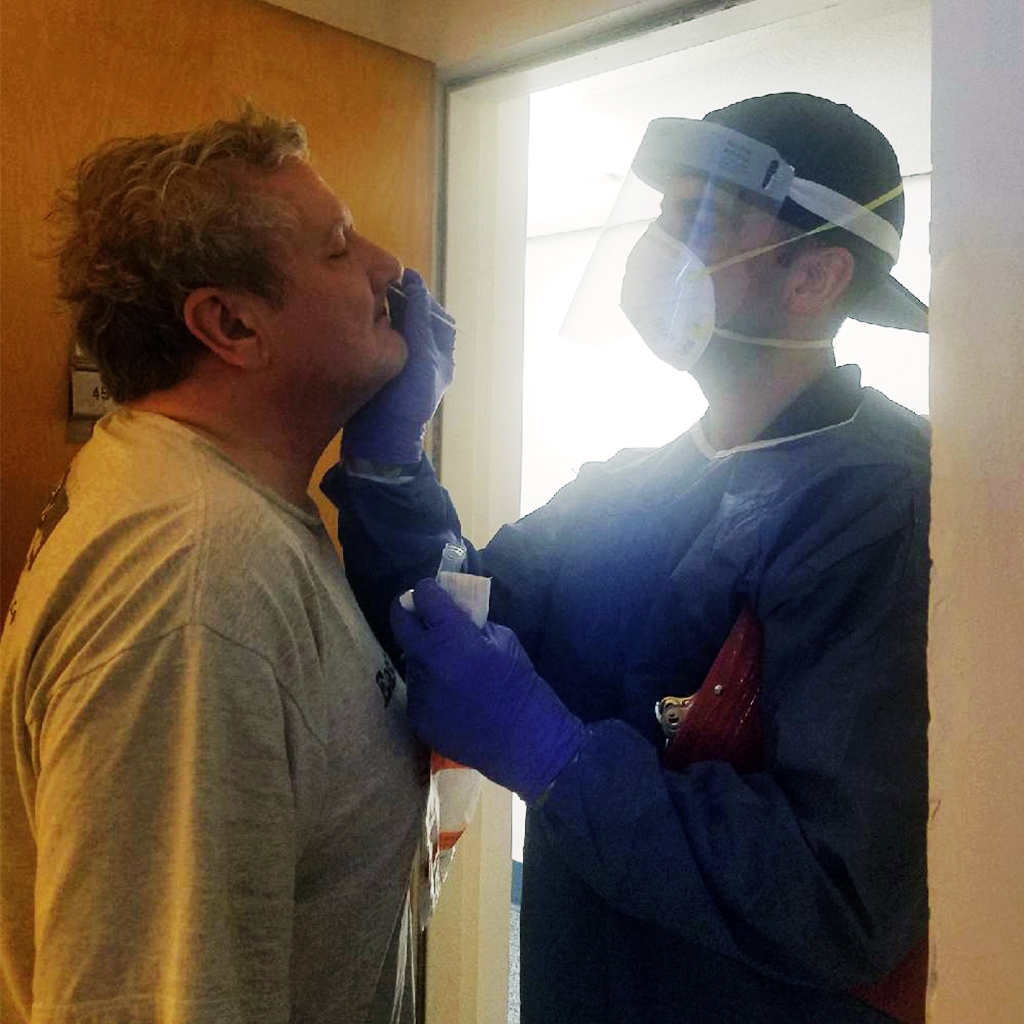 For weeks after the coronavirus pandemic hit Massachusetts, Cambridge and other communities didn’t know how many of their residents had been tested for Covid-19 – because state health officials didn’t give them the information they needed to find out. This week, the state Department of Public Health began reporting the numbers.

The data disclosed Monday showed 9,525 Cambridge residents tested for the virus. And the city’s testing rate of 8,445 persons per 100,000 population ranks Cambridge high compared with other communities: 308 out of 352.

The city moved early to test all nursing home and assisted living residents and employees in a groundbreaking program that uncovered many infected people with mild or no symptoms. More recently it offered tests regardless of symptoms to homeless people, residents of public housing developments for seniors and people who live in The Port, the home of many black and many low-income residents. The Cambridge Health Alliance is testing any resident with or without signs of the virus in an outdoor site near its Gore Street clinic in East Cambridge.

Earlier in the pandemic, shortages of test kits restricted access to testing, and people recounted being told to assume they had the virus if they developed symptoms but were not sick enough to be hospitalized. Now that tests are easy to get here, there are signs of weak demand.

When the Alliance opened the Gore Street testing site May 8, officials said they had enough supplies to test 200 people a day and cautioned that getting an appointment might take a while. As of Friday, 1,587 tests had been performed in 11 days of testing, spokesman David Cecere said. That’s far less than 200 a day, even with Cecere’s caveat that the site had to close early one day because of a thunderstorm.

The timing of tests could have played some role in lowering responses in public housing, a letter to city councillors suggests. At the authority’s Jefferson Park housing in North Cambridge, testing began at 8 a.m. Monday – the Memorial Day holiday. “I can think of no finer time for the CHA and whoever else planned these forays into our homes to begin nasal swab insertions than first thing in the morning on a national holiday,” resident James Williamson wrote ironically. “Luckily, we were provided with a notice at the last minute late Friday afternoon.”

Notices to residents said those with questions or concerns could call the city’s Covid-19 hotline, but didn’t provide the phone number for the hotline, according to a copy of the letter Williamson provided. He tried to contact health and elected officials over the weekend and got no response, he said.

And after five days when residents of The Port could get free tests at the Pisani Center in the Washington Elms public housing development, 157 people had been tested, Chief Public Health Officer Claude Jacob reported to city councillors Thursday. That program ends on Saturday.

Jacob has said the broad testing campaign will help local health officials “to better understand the infection rate at a given point in time and mitigate the spread of the virus.”

Some scientists say testing so widely for people who may be currently infected isn’t the best way to track the virus in a population.

“I don’t advocate for everybody to be tested,” Michael Mina, assistant professor of epidemiology at the Harvard T.H. Chan School of Public Health, said on a recent conference call with reporters. “When you’re not sick, there’s little utility in being tested.”

In Cambridge now, the prevalence of Covid-19 “is not particularly high [and] it doesn’t surprise me that the appetite to be tested has decreased” as the prevalence declined, he said.

CHA spokesman Cecere said that although the health care system is offering tests to anyone even if they have no symptoms, most of those requesting a test have mild signs of the virus or have been exposed to someone who has Covid-19.

“For public health testing, increasing access for people who believe they may have Covid-19 or have been exposed to someone infected, along with subsequent contact tracing, is one important strategy for slowing the spread, and we support that effort,” he said. He agreed that “as the spread of infection slows in our region, we anticipate the number of tests provided will decline correspondingly.”

Mina favors antibody tests to monitor transmission, especially as the economy reopens. People with antibodies have been exposed to Covid-19 in the past. Antibody tests under development are inexpensive and can be done at home, Mina said. Testing people regularly for antibodies to the virus can alert public health officials when and where infections have emerged.

In contrast, virological tests are expensive and “you have to get [people] when they are infected,” he said. “The better program always is serology [antibody tests] in terms of ongoing surveillance of the population.”

CHA chief of pathology Rebecca Osgood said in April that the Alliance hoped to introduce antibody testing shortly, but Cecere said more recently that the program is still under review. Some commercial antibody tests have been found to be unreliable, and it’s not clear how much protection antibodies offer and for how long, though scientists agree that people who have been infected develop antibodies.

Another Harvard University scientist, associate professor of epidemiology William Hanage, also at the school of public health, said there’s a place for both types of tests but their results shouldn’t be combined in reports, as the CDC and some state governments have done. Hanage shocked city councillors in early March when he warned that the city should expect “substantial disruption for a potentially long period of time” and that there would be “dozens of deaths” with “many more severely ill and hospitalized.”

At the time, only two Massachusetts residents were reported to have the virus, and not in Cambridge. On Friday, the city reported that 981 Cambridge residents have tested positive for Covid-19 and that 91 have died – three-quarters of them nursing home residents. Hanage is a member of a task force of officials and experts advising the city on its response to the virus.

At a conference call for reporters Friday, Hanage praised the city for its testing program in The Port, which he said was affected more severely than other neighborhoods. Still, he said, virus testing “should not be a one-time thing … We need to be doing continuous monitoring.”

Hanage suggested that monitoring sewage for presence of the virus might be an effective way to track Covid-19 in the population. He said another wave of Covid-19 would emerge this fall and winter and he expects infections “to be playing out” over several years.

“If we keep making contacts and we let the virus transmit, the outlook is grim,” Hanage said.

This post was updated to correct the name of the apartments identified in the photo caption.