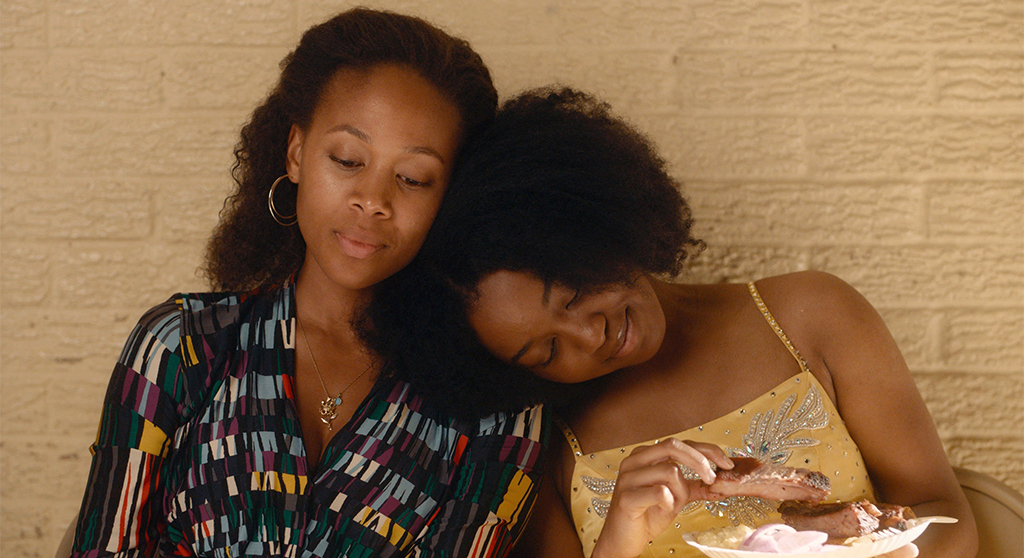 Bill Duke, probably most known as one of the steely commandos tagging along with Arnold in the cagy actioner “Predator” (1987), also has more than 60 directorial credits to his name, including “Deep Cover” (1992), “A Rage in Harlem” (1991) and this telling WWI-era chronicle about a young black man from the South (Damien Leake) who heads to Chicago to work in a slaughterhouse and gets embroiled in union politics. Racism, racial violence and ideological divides abound. Made for PBS’ “American Playhouse,” the film is a perfect double bill with Charles Burnett’s “Killer of Sheep” (1973). The newly restored print (from the UCLA Film Archive) is a recent addition to the Brattle’s Virtual Screening Room.

Hard to believe Paul Haggis’ prescient film about racism and redemption is nearing the 20-year mark. The emotionally heavy and heartfelt film chronicles a series of racial, cultural and class collisions among a vast panoply of L.A. denizens. The thread involving Matt Dillion as a racist cop who stops and frisks – and sexually assails and humiliates – an African American couple (Thandie Newton and Terrence Howard), and later is the only option to save Newton from a burning inferno, is all consuming in its power and provocation. What makes Haggis’ film so relevant now is the gray areas it plumbs, the degrees and deep-seeded complexity of racism and its downstream effects. The impressive ensemble also includes Brendan Fraser, Ludacris, Sandra Bullock, Ryan Phillipe, Tony Danza, Michael Peña, Jennifer Esposito and Don Cheadle.

Joseph Gordon-Levitt (“Inception,” “Premium Rush”) plays an American pilot on a flight leaving Germany that’s taken over immediately by jihadist terrorists. The pilots are able to repel the initial siege of the cockpit but are forced by protocol (don’t open the door) to watch hostages tortured and killed, with some of the victims having personal ties to those watching. It’s an angst-inducing ordeal, and not an easy one to sit through. Gordon-Levitt carries it well despite some heavy-handed plot manipulations. Paul Greengrass’ “United 93” (2006), chronicling the 9/11 flight where passages fought back, remains at a higher altitude.

David Koepp, the screenwriter (“Jurassic Park,” “Mission: Impossible”) turned director (“Premium Rush,” “The Trigger Effect”), helms this psychological thriller about (what else?) a screenwriter (Kevin Bacon) with a dark past who packs up his daughter (Avery Tiiu Essex) and new starlet wife (Amanda Seyfried) and heads to a spacious remodeled estate – spartan and modernist like the house in “Parasite” – in Wales, where there’s something curious: hallways that seem to go on forever and rooms that have bigger dimensions inside than the walls outside should allow. The haunt is that Bacon’s former wife died under mysterious circumstances, and there’s also the affair his current wife is having with a costar. The supernatural aspects take a long time to emerge, and then feel rushed. Bacon and Koepp did this all much better before with “Stir of Echoes” (1999).

A pat, straight-ahead doc that chronicles the crimes by financier/pedophile Jeffrey Epstein and rightly lends a mic to the women who suffered. They tell their stories boldly and more, but what truly resonates throughout the four-part documentary is the complicity of government agencies and officials (Trump labor secretary Alexander Acosta in particular) who were lenient on Epstein or looked the other way. The above-the-law power Epstein wielded for decades daunts, as does the mysterious circumstances surrounding his death – though that’s scantly explored. Eye-popping too are the A-listers linked routinely to Epstein throughout the film, including Bill Clinton, Donald Trump, Alan Dershowitz, Woody Allen and Harvey Weinstein.

An apt directorial debut for Channing Godfrey Peoples, who grew up in Fort Worth, Texas, where the action of the film takes place. By now folks should know what Juneteenth stands for and the significance of the state setting. Peoples’ narrative revolves around something of a beauty pageant from which Turquoise Jones (Nicole Beharie) hasn’t gone far despite winning Miss Juneteenth in 2004, bringing a big scholarship. Now her 14-year-old Kai (Alexis Chikaeze) is in the running. The social commentary and plot inflections are subtle and secondary to the family history, generations of women and rich sense of culture and place on display.

Spike Lee’s “Dog Day Afternoon” crime thriller is a burner with a phenomenal cast and an infectiously bluesy score by Terence Blanchard (“Da 5 Bloods”). The nonlinear narrative has Clive Owens and a posse of thieves (Steve, Stevie, Steve-o and so on; think Mr. Pink and Mr. Brown) holed up in a Manhattan bank with a police squad led by Willem Dafoe bearing down on them. Denzel Washington and Chiwetel Ejiofor throw into the mix as hostage negotiators, with Jodie Foster as a wily fixer doing the bidding of a bank bigwig (Christopher Plummer). The interweaving of backstory and some taut subplots deepen the action, orchestrated with such precision that each scene innately ratchets up the stakes from its previous frame.

Another un-Spike Spike Lee joint, and probably Lee’s greatest film that doesn’t deal head-on with the matter of race. The crime drama, based on David Benioff’s novel (Benioff did the screenplay too) is simple in construct: A drug dealer (Edward Norton) will go away for a seven-year jail term in 24 hours, and focuses on how he spends those final hours of freedom with friends and lovers (Phillip Seymour Hoffman, Barry Pepper, Rosario Dawson and Anna Paquin) partying, lamenting and weighing options. Emotionally affecting and immersive, with a haunting score by Blanchard.

Spike Lee’s best film in more than a decade and a half, and hauntingly timely too. The retro film tells of an African American FBI agent (John David Washington, Denzel’s son, sporting a perfectly shaped afro that almost becomes its own character) who, during the Nixon era, infiltrated the KKK. It sounds insane, but the record confirms it so. Lee plays the setup astutely for all its comedy and social satire. Brilliantly biting, all the more so because it’s true – you can’t make this shit up. The talented cast includes Adam Driver, Alec Baldwin and Topher Grace as David Duke, the KKK’s grand wizard. I’ll give you three guesses as to who did the score, but you should only need one. (Read the full review from Aug. 11, 2018.)

If you think racism is systemic just in the United States, think again – and that’s not to let us off the hook, but to widen the lens and understand just how much the issue is global and all-encompassing. Maya Newell’s documentary follows the plight of 10-year-old aboriginal boy Dujuan Hoosan and the Australian custom of detaining such Outback youth and reeducating them with white values, if not embedding them with white families. Other films showing racial inequities against aborigines including Nicolas Roeg’s haunting outback odyssey, “Walkabout”(1971) and last year’s “The Nightingale.” Newell’s doc can’t decide if it wants to be an exposé or personal chronicle, which limits its effect, but it doesn’t need much to paint the ugly picture. On his own, Dujuan is a winning voice and an impressibly introspective one, well beyond his years. The area premiere is Monday, through the Brattle’s Virtual Screening Room.