Coronavirus, scarier than Halloween but no fun, cancels official forms of celebration across city 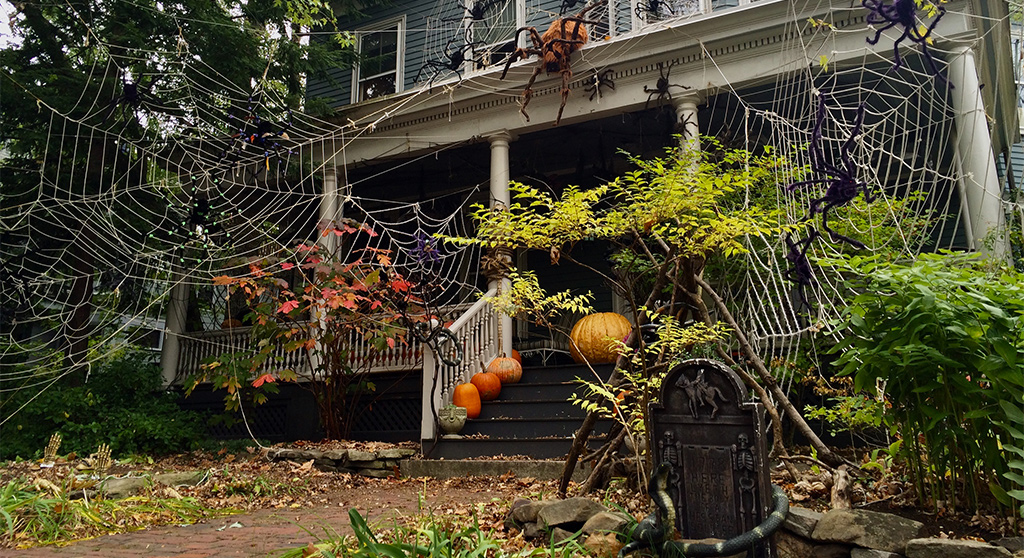 Coronavirus, scarier than Halloween but no fun, cancels official forms of celebration across city

City officials also urged residents not to participate in traditional trick-or-treating in which kids, and adults, go from door to door collecting candy from neighbors. Instead, residents can leave bags of treats outside for families to take – and should wash their hands for at least 20 seconds before filling the bags, officials said. The children should also wash their hands before eating the candy.

Other high-risk activities to be avoided are attending crowded indoor costume parties, entering a haunted house with crowds and attending events such as hayrides with non-household members, officials said.

What’s left to do? Holding a costume parade outside with participants 6 feet apart, having an outdoor, socially distant costume party where people wear coronavirus masks, letting kids do a scavenger hunt in the neighborhood while keeping their distance and decorating your home an or pumpkins, among other things.

“Our decision to cancel the City’s annual Halloween events this year was not made lightly. We know this year has been hard on our residents, particularly families with younger children, and this is just one more sacrifice we are asking our families to make for the greater well-being, safety and health of our City,” Mayor Sumbul Siddiqui was quoted in a city announcement about Halloween.

The decision came as new cases in Cambridge have crept up recently, rising by 30 cases in five days, to 1,460 on Tuesday.

Somerville and Boston have not made similar announcements about canceling city-sponsored Halloween events. Brookline and Newton have. Worcester, Springfield and Leicester have flatly prohibited traditional trick-or-treating.

Gov. Charlie Baker has said the state will leave it up to communities how to handle Halloween and urged people to observe social distancing and prohibitions against large gatherings.