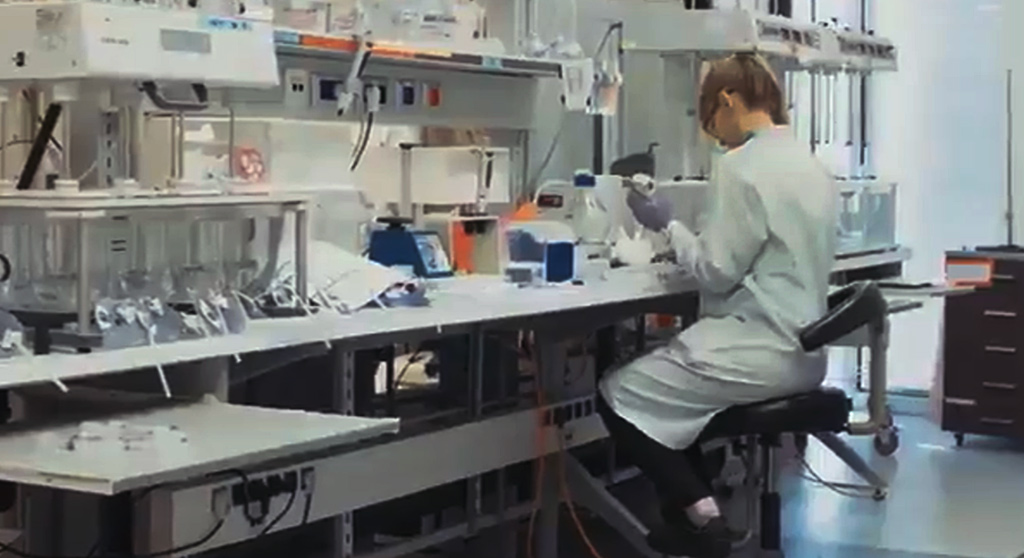 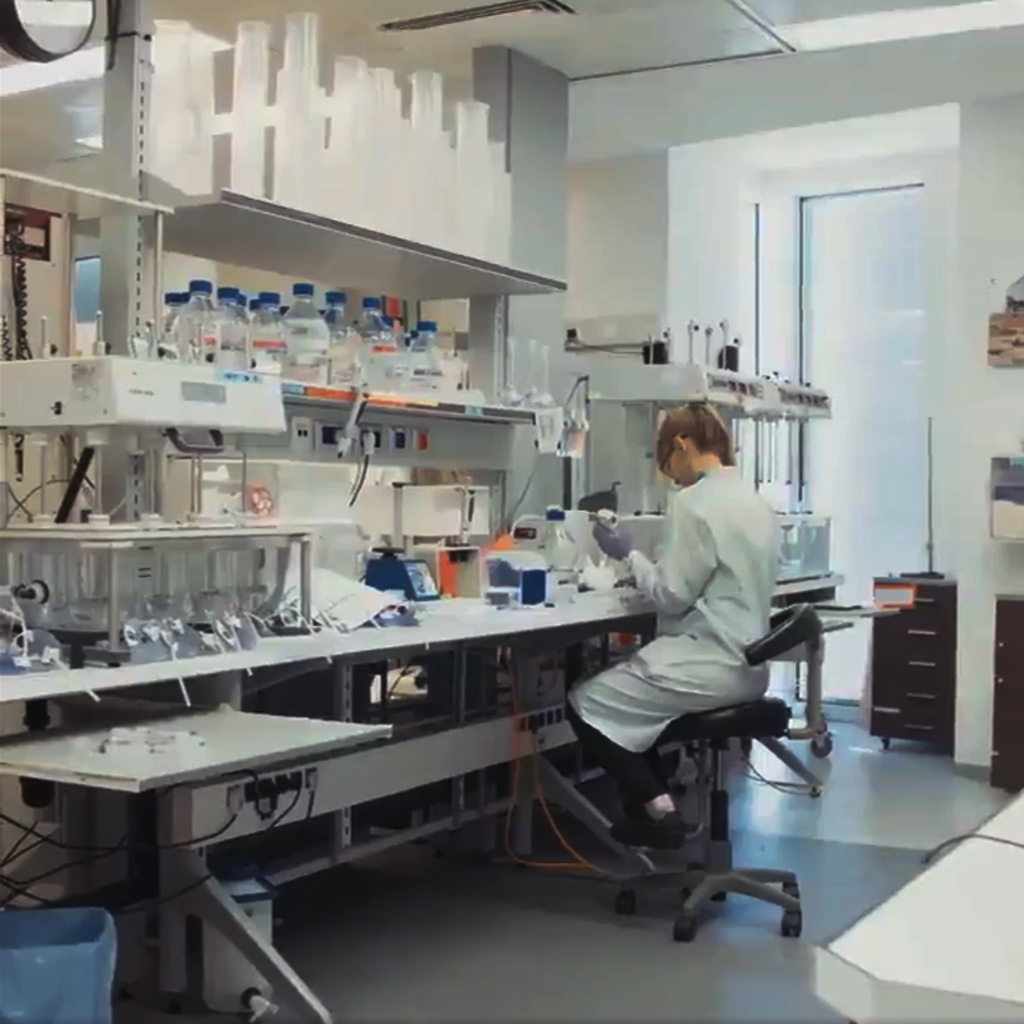 A lab technician works at Biobot Analytics, which analyzes Cambridge wastewater for warnings of coronavirus clusters. (Image: Biobot via Twitter)

Weeks after Cambridge began collecting and analyzing sewage for Covid-19 to get warnings of coronavirus clusters, health officials still haven’t found a way to interpret the results, scientific experts advising the city were told this month. One big problem is that one of the city’s four wastewater sampling sites includes sewage from most of Belmont, according to notes of the panel’s Dec. 3 meeting.

City officials posted the notes last week. As of Sunday, the city has not disclosed sampling results publicly, though the Expert Advisory Panel has seen the data. Scientists have praised sewage analysis as a way of tracking the spread of Covid-19 before people get tested. But so far it appears that health officials don’t know how the virus levels measured in Cambridge sewage correlate with the number of coronavirus infections in neighborhoods or the city as a whole.

On Sunday, the city reported 36 new cases of Covid-19 after two days of smaller increases. Susan Feinberg, spokeswoman for the Cambridge Public Health Department, didn’t immediately respond to an email asking how the city is dealing with interpreting the sewage data and the inclusion of Belmont sewage.

The Massachusetts Water Resources Authority has been analyzing sewage from most of Eastern Massachusetts and posting the results from the northern and southern areas of its wastewater collection system, both including many communities – Cambridge among them. Biobot Analytics, the company doing the analysis for the agency and also for Cambridge, has developed a model for predicting the “daily incidence” of coronavirus cases in the city based on wastewater results, but that report “doesn’t seem to track with what we’re seeing so far,” the Dec. 3 meeting notes say, quoting Cambridge Public Health Department chief epidemiologist Anna Kaplan.

“Challenging because our sewage data includes Belmont data as well,” the notes continue. Eliminating that collection point would jettison the sewage from potential hot spots in North Cambridge, which includes the public housing developments at Rindge Towers and Jefferson Park and several long-term care facilities, the notes say.

Meanwhile, the public health department recently found clusters of cases in two census block groups in East Cambridge and even pinpointed “many cases” at one rental building at 350 Third St., a mix of luxury housing with some inclusionary housing units for lower-income residents, the notes say, citing Kaplan. There was a Halloween party at another “hot spot” building in the neighborhood that houses many students, including some from Emerson and Babson colleges, Kaplan reported. The notes didn’t disclose the address.

Census block groups are smaller than a census tract and much smaller than a neighborhood or ZIP code. The city’s Covid-19 dashboard discloses coronavirus cases by ZIP code and neighborhood; the health department can track them by block group. Kaplan said the health department was using “the map” to conduct door-to-door campaigns urging residents to get tested and giving them a pass enabling them to avoid waiting in line for a test if they had no appointment.

There was no mention of such a campaign in East Cambridge, though. Instead, health department representatives described plans for a similar effort in The Port, where the Pisani Center testing site sits in the middle of two large public housing developments. The panel’s reaction was “That’s great!” the notes say.

Members of the advisory panel also suggested measures to increase safety in restaurants, including requiring restaurants to collect contact information from customers to make tracing easier if a patron tests positive, and putting messages on the paper tents on tables reminding customers to wear a mask unless they are eating or drinking. The experts voted on Nov. 12 in favor of ending indoor restaurant dining and closing indoor activity at gyms. City officials have said they want the governor to impose a statewide ban, which Gov. Charlie Baker has resisted.

“Would appease a lot of staff and reduce transmission to health care workers and patients,” the meeting notes quote her as saying. “If there is opportunity to get hands on tests would be interested.”

The panel will start meeting every two weeks after Jan. 1 instead of weekly.