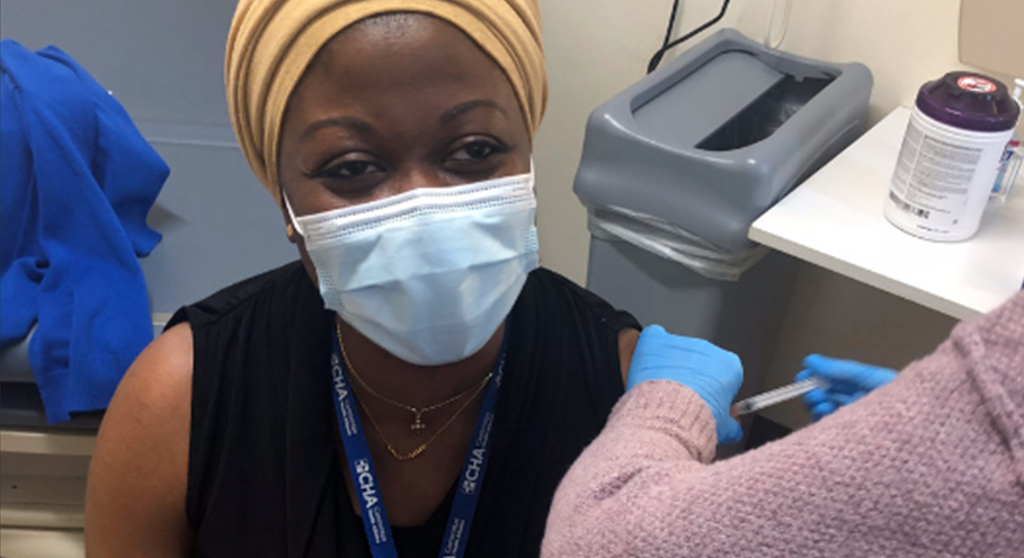 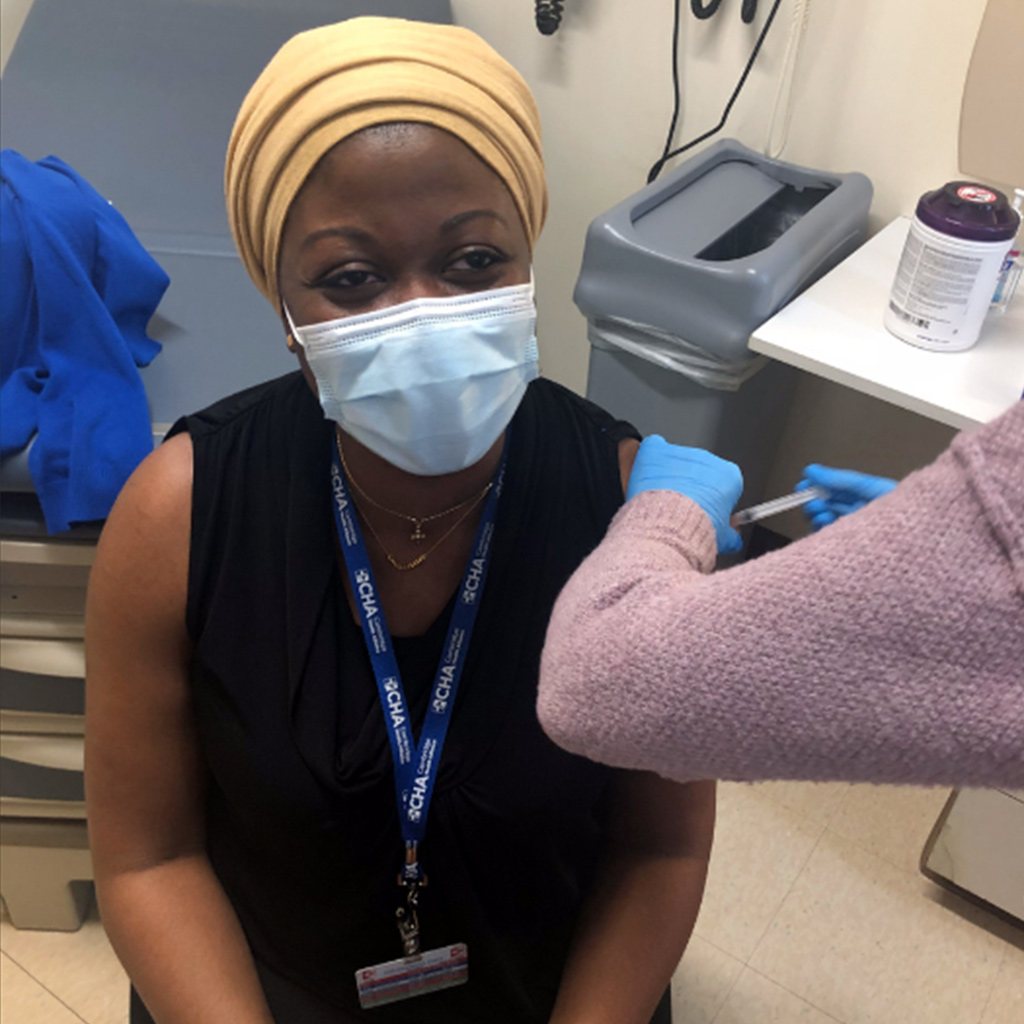 The Cambridge Public Health Department has vaccinated a substantially higher percentage of people of color against Covid-19 than the state has, despite promises from the administration of Gov. Charlie Baker to target black and Hispanic residents, who have suffered disparately high rates of illness and death from the virus.

Chief public health officer Claude Jacob reported demographic figures from the health department’s vaccination campaign for the first time at Monday’s meeting of the City Council. They show that 13.6 percent of those who have received at least one shot are black; 8.1 percent Hispanic; 5.4 percent Asian; 4.3 percent multiracial or other; and 52.8 percent white.

In contrast, the most recent state Department of Public Health vaccination report on Thursday said 69.8 percent of residents who got at least one shot are white; 5 percent black; 4.4 percent Hispanic; and 4.1 percent Asian. The state does not report an equivalent category to the city’s multiracial or other, but said about 1.6 percent of those who got at least one shot are multiracial. Both city and the state said about 16 percent of vaccination reports lacked racial and ethnic information.

In another coronavirus-related disclosure, Jacob said “indoor dining and sit-down restaurants continues to be an issue” when asked where transmission of the virus is occurring. He proposed “a change in our dining-out culture” so that “for people who want to dine indoors, the safest behavior would be to eat quickly without talking and wear a mask at all times.”

“We know this might take some getting used to, but it’s the best way you can protect your fellow diners and restaurant staff,” Jacob said. The health department is working with other city departments to “provide updated guidance to restaurants for their staff and their patrons again,” he said. The city allowed restaurants to eliminate capacity limits for indoor dining March 1, along with the state, although tables must still be 6 feet apart with limits on number at each table and time eating. City manager Louis A. DePasquale has previously resisted calls from some city councillors and from the city’s Expert Advisory Panel to ban indoor dining, and he defended abolishing capacity limits on Monday. At one point last year, DePasquale said there was no evidence that allowing customers to eat indoors at restaurants had caused coronavirus transmission.

On the vaccination front, the public health department has been focusing on populations more likely to include people of color: tenants of low-income senior and disabled public housing developments and people in homeless shelters. It has also vaccinated health care workers and first responders such as fire department and ambulance EMTs. The state will provide vaccine to local departments only for residents in those categories.

The department wants to establish a public clinic that could administer shots to any Cambridge resident, but state health officials have told most local health boards and departments, including in Cambridge, that they are prioritizing mass vaccination sites and pharmacies for that purpose, and not localities. Demographic information for all Cambridge residents who have received at least one dose might look different than the public health department figures; the state has not provided that data to communities, Jacob said.

Jacob also disclosed a bit more information about the “call list” the department maintained to avoid wasting leftover vaccine. He said “many residents” had called the department seeking help getting an appointment for a shot. “We do encourage them to seek appointments at a mass vaccination site or pharmacy, and we cannot guarantee the dose but we are glad to add them to the list,” he said. They were added “when they were eligible or soon to be eligible,” and called in the order in which they were added, he said. It wasn’t clear what number residents used to call the department; its website refers questions about vaccines to the city or state website, but the health department does list telephone numbers to call for health-related questions or inquiries about Covid-19 symptoms.

Jacob also said “state guidance” recommended that local departments create a call list. The guidance, though, was first issued in the state Department of Public Health weekly bulletin for vaccination providers dated Sunday, while the department established its call list last month. The bulletin didn’t say how providers should find people for the list except specifying that they should be eligible for vaccination under the state plan.

Still, the city health department wasn’t the only vaccination provider to create a call list to ensure that leftover vaccine was used. Cambridge Health Alliance also had a list, though the Alliance included only patients who already had an appointment for a shot – on a later date. CHA called them and asked if they could come in earlier, spokesman David Cecere said last week.

The issue of call lists and vaccine waste should fade as more Johnson & Johnson vaccine is shipped and used in Massachusetts. The J&J vaccine, unlike the Moderna and Pfizer products, doesn’t require extra-cold storage and short time frames for use after it’s thawed, so wasted doses won’t be such a problem. The J&J vaccine also works with only one shot.