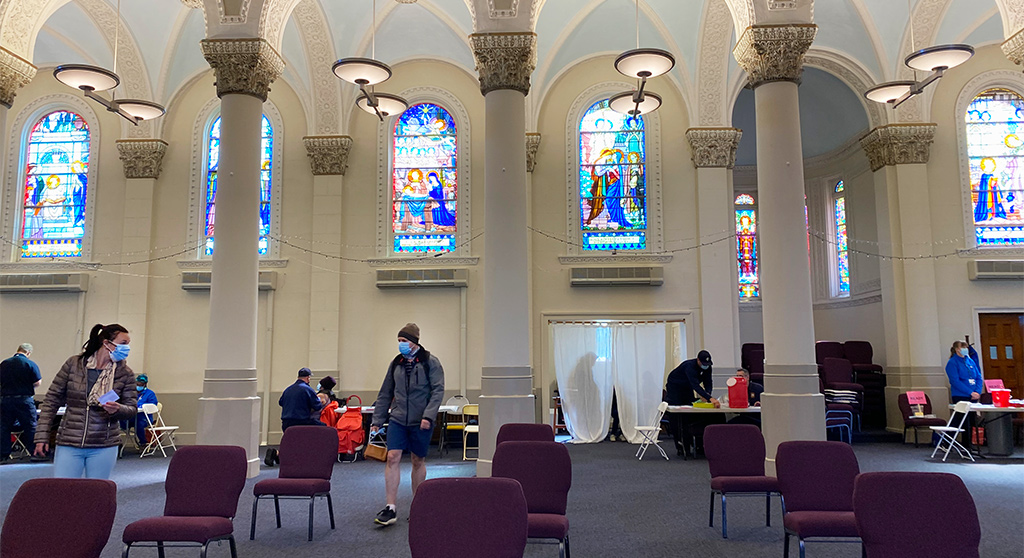 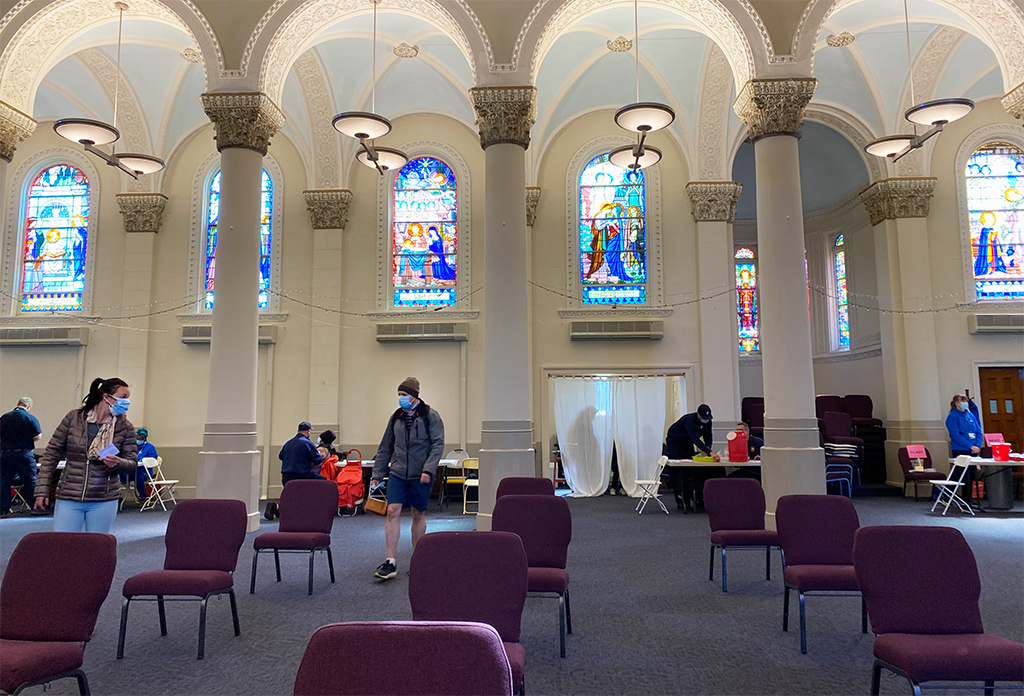 Newly vaccinated residents head to a waiting area at a May 1 clinic held at Reservoir Church in North Cambridge. (Photo: Marc Levy)

One of the mysteries of Covid-19 is the small number of people who test positive twice, weeks or months apart. Now a tenant in a Cambridge public housing development for seniors and disabled people has reported being reinfected recently after recovering from a previous case, Cambridge Housing Authority executive director Michael Johnston told CHA commissioners last month.

Johnston offered few details about the new case, including whether the person had been vaccinated. “Hopefully this isn’t a sign of times to come,” he said. CHA has a record of the person previously reporting an infection, Johnston said.

Scientists studying Covid-19 reinfections have questioned whether new cases were really new or whether a second positive test for Covid picked up a small amount of leftover virus from a previous infection. In some cases laboratories performed a genomic analysis showing that the second virus was different from the first, often a variant.

The Cambridge Public Health Department was asked whether the department is aware of the CHA case, whether there have been other apparent reinfections in Cambridge, and whether they involved variants. Spokeswoman Susan Feinberg she could not discuss an individual case. Later, she said the department does not “specifically track reinfection data” but public health nurses and state contact tracers “have investigated several possible cases of reinfection and discussed these cases with the  Massachusetts Department of Public Health.”

In one Cambridge case, genomic sequencing showed that “the person was infected with B.1.1.7,” Feinberg said; that is the more transmissible variant first identified in Britain. That variant now makes up more than half the cases in Massachusetts.

When a person tests positive after being vaccinated, the city health department “has requested that the state sequence the test specimens when possible. However, often the viral load of the person who has been infected is so low that the sample cannot be sequenced. This is good news because it indicates that breakthrough cases may be less infectious to others,” Feinberg said.

Last fall, department chief epidemiologist Anna Kaplan told members of the city’s Expert Advisory Panel of scientists that there had been “a few cases of re-infection [in Cambridge] in at-risk populations,” according to notes of the panel’s Oct. 22 meeting. William Hanage, professor of epidemiology at the Harvard T. H. Chan School of Public Health, said “tracking of reinfections is generally not so good, so even a few documented cases in Cambridge suggests a much higher incidence of reinfection,” according to the notes.

Curiosity around the world

One study published in March identified 33 reinfections among 378 Brazilian patients who had tested positive and recovered. Only one case showed reinfection with a genomically different virus than the previous infection. But analysis of antibodies to the first infection showed “a reduced response” in patients who were reinfected, the report said.

Another report used different standards for determining reinfection and resulted in much lower values. The study, by the large health care system Intermountain Healthcare in Utah and Idaho, examined records of 23,176 patients who tested positive for Covid-19 and found 122 of them who tested positive again at least two months after the first infection. Researchers determined that only four were definitely reinfected and another six had a possible reoccurrence after measuring them against clinical standards of a Covid-19 infection and requiring that the second positive test find more virus than the first.

Among the dramatically dwindled cases of Covid, those under 20 account for most infections in city