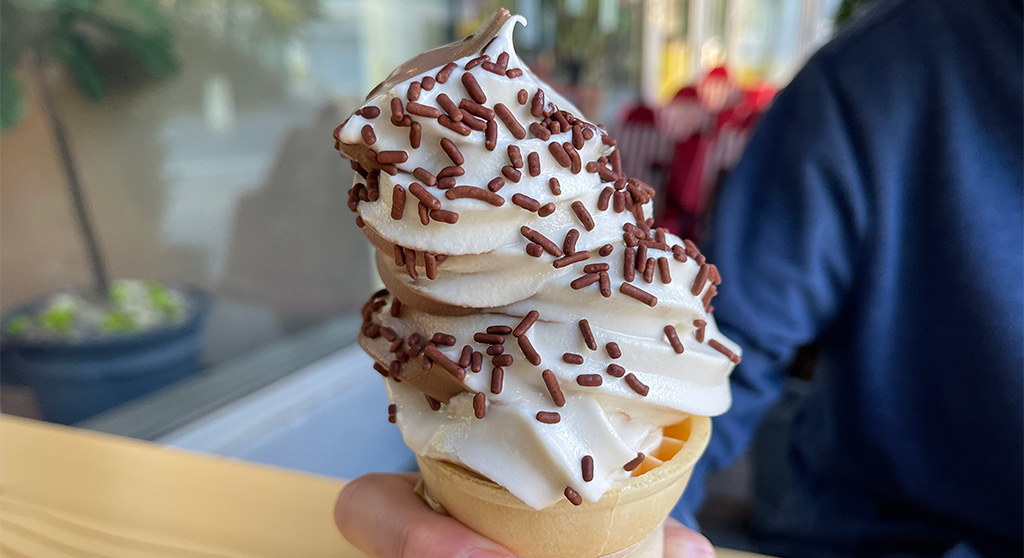 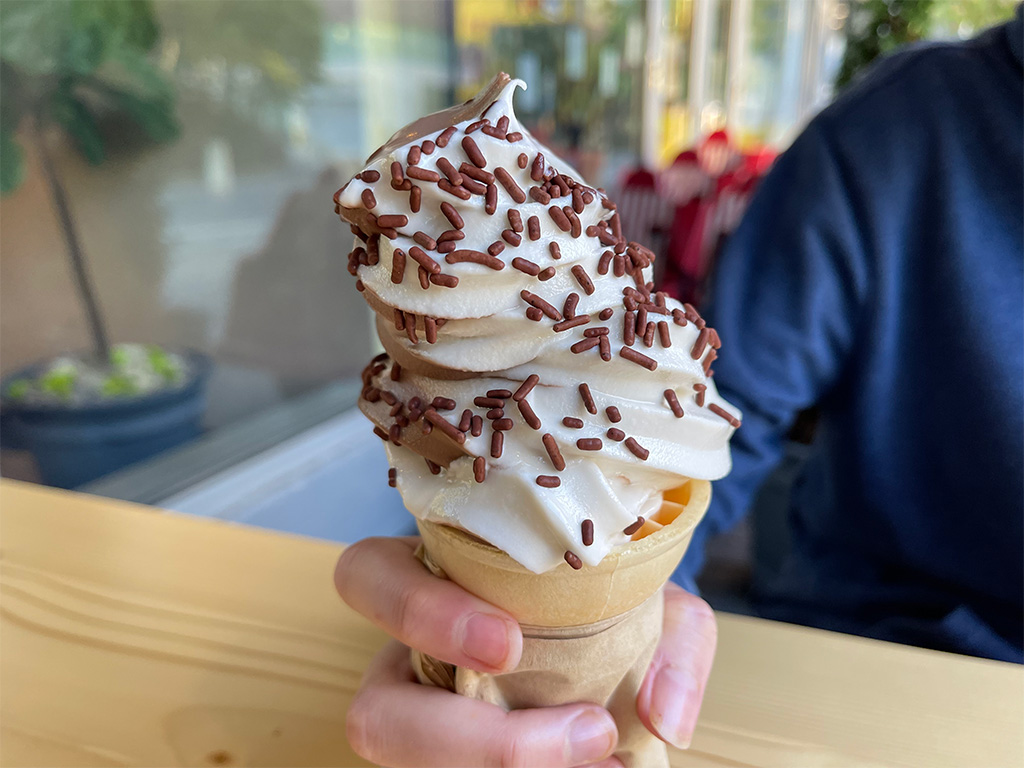 It may be a niche, but the new PlantPub in Kendall Square is the only place to go in town for vegan soft serve ice cream – in fact, with even vegan ice cream places such as FoMu in Allston limited to scoops, you’d have to go as far as Like No Udder in Providence, Rhode Island, for this treat. (Hot Box in Somerville’s Bow Market limits its vegan frozen desserts to summertime.) Customers say PlantPub’s soft serve is smoother and less icy than Like No Udder’s, but be prepared to spend $7 for a cone before tip and to come out of the experience delighted but chilly: The place has only 18 uncozy metal stools inside a glass-fronted space and 18 seats outside, where managers are still working on an enclosure and heaters. 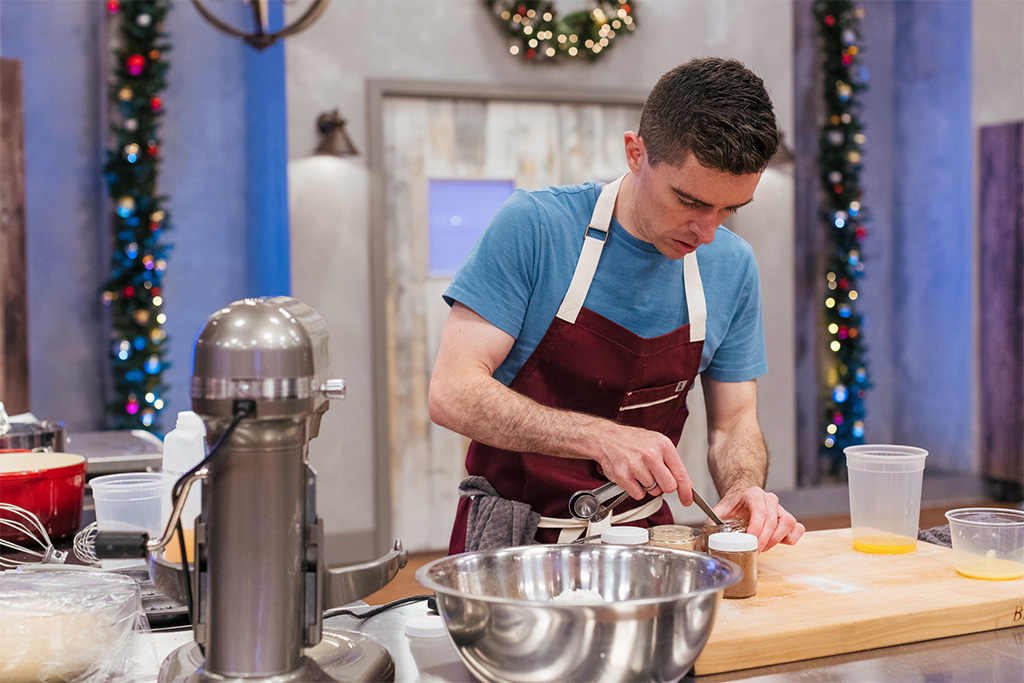 When the Food Network’s “Holiday Baking Championship” returned Monday, one of the competing chefs was Jody O’Sullivan, an instructor at the Cambridge School of Culinary Arts near Porter Square. O’Sullivan, originally from Limerick, Ireland, was educated in France, owned his own bakery and worked with Michelin-star chefs in London, among other credits. He’s been in the United States for only 2.5 years, according to his bio – living in Wollaston with his wife and daughter and also teaching at Bunker Hill Community College – and now has competed for $25,000 and a spot in Food Network Magazine. His challenges: making seasonally themed doughnuts and concocting a dessert using apple and cheese. He was “judged more harshly than I judge my students,” O’Sullivan said on Instagram. “Holiday Baking Championship,” on which O’Sullivan continues to compete, airs at 8 p.m. Mondays on Food Network.

Anna’s Taqueria will honor veterans and active military on Veterans Day, coming Nov. 11, with a free meal of salad, a Mexican bowl, a burrito, a quesadilla or two tacos, the chain said Tuesday. To claim the meal, arrive with military identification, in uniform or with other military memorabilia at any Anna’s Taqueria location throughout Greater Boston, including at Camberville’s pair.

Puritan & Co.’s annual Harvest Dinner is from 6 to 9 p.m. Nov. 17, costing a table of two $220 for five courses with wine pairings: a starter of grilled apple and kabocha squash bisque with candied pepitas and cinnamon crème fraîche; a second course of crispy Berkshire pork belly with polenta, delicata squash and  cranberry glaze; some autumn risotto with seared bay scallops, brassicas and brown butter; a main of pan-roasted half chicken with Brussels sprouts and parsnip hash, baby carrots and bourbon apple butter; and a dessert of pear and maple torte with hemp seed, juniper cream and lemon.

Pie in the Sky fundraiser

Community Servings. a nonprofit that provides medically tailored meals and nutrition services, runs its 29th annual Pie in the Sky bake sale-style fundraiser Nov. 15-30: Make a $30 donation at pieinthesky.org and get a choice of fresh-baked apple, pecan or pumpkin pie to serve at Thanksgiving. (The boxed and sealed pies can be picked up Nov. 23.) Each $30 donation supports a week’s worth of meals for a client living with an illness such as HIV/AIDS, cancer, heart disease or diabetes. Whole Foods Market is donating proceeds from select pie sales in stores ahead of Thanksgiving, organizers said Monday.