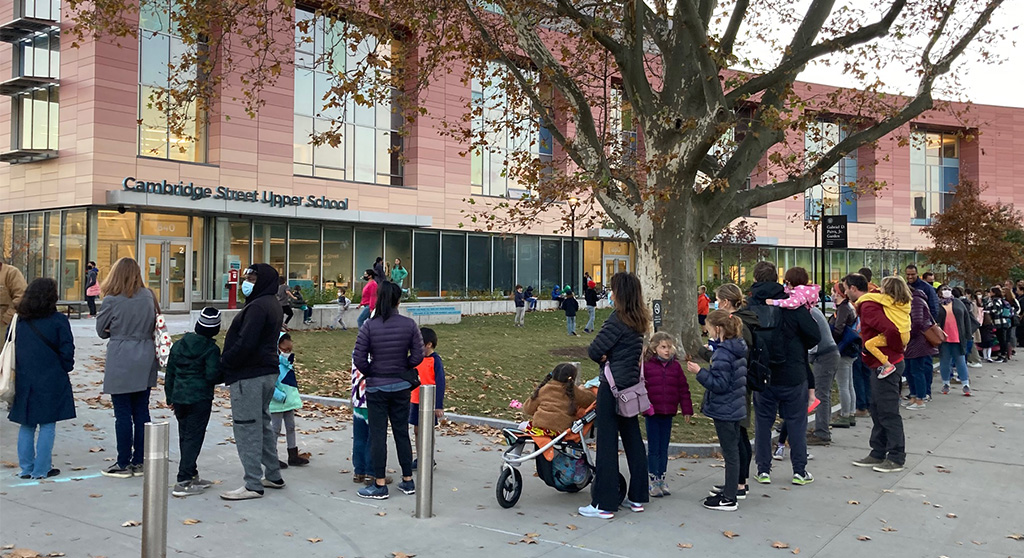 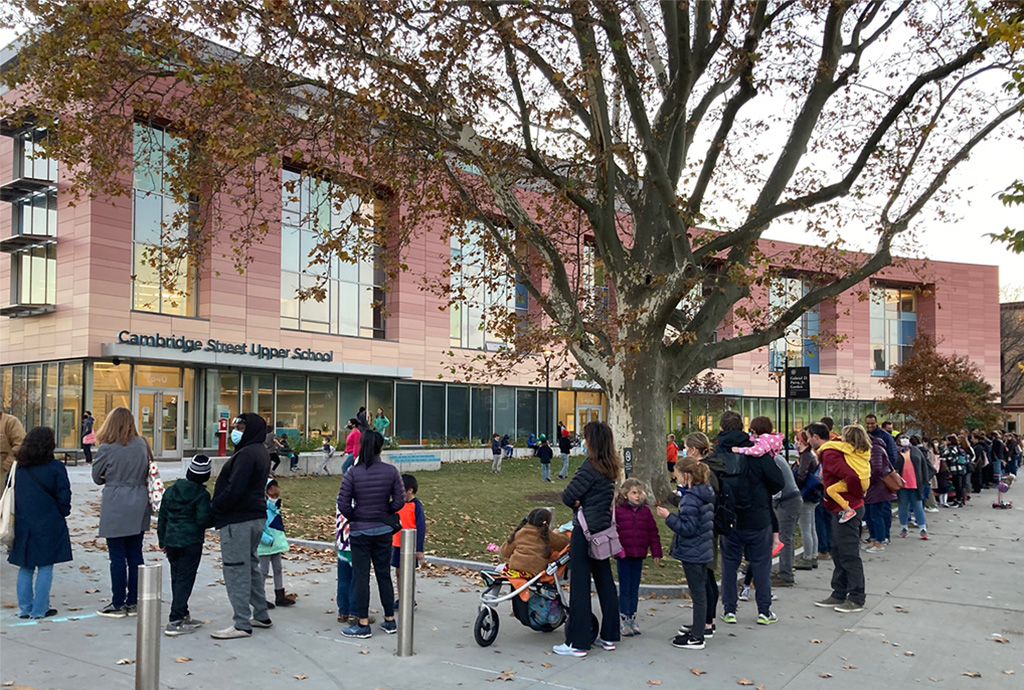 The city’s Covid-19 vaccination campaign will now focus on children from 5 to 11 who are newly eligible to get a Covid shot, not older residents, the interim head of the city’s public health department said Monday. The effort got off to a rousing start Wednesday when workers vaccinated 659 young children at a King Open School clinic, almost three-quarters of the total 890 Covid shots administered.

Answering questions from councillor Quinton Zondervan and mayor Sumbul Siddiqui, interim chief public health officer Sue Breen made it clear that shots for kids would take precedence. When Zondervan pushed for attention to lagging vaccination rates in the 20-something population, which has the most new Covid cases, Breen said: “Right now, our efforts are geared toward, at least now and through the holidays, given the resources that we have, they are for the children, 5- to 11-year-olds.”

She indicated that one reason for the focus on kids is that the health department is getting vaccine “specifically designated for that group.” Pfizer vaccine approved for children from 5 to 11 is one-third the dose for those 12 and older and requires two shots three weeks apart, like the regimen for older age groups. Breen said the Cambridge Health Alliance can vaccinate other age groups; CHA has a vaccination site at 176 Somerville Ave., Somerville, and offers walk-up vaccinations at its pharmacies at Cambridge Hospital and the East Cambridge Care Center. All three vaccines, Pfizer, Moderna and J&J, are available, including boosters.

Responding to Siddiqui’s plea to notify people who got a single shot of Johnson & Johnson vaccine at a city clinic in North Cambridge that they can now receive a booster shot, Breen didn’t make any commitments but said “we can always look at better ways to communicate.”

As of Nov. 9, the day before the King Open School clinic, 576 children, or 11 percent of the 5-to-11 population in Cambridge, had already received one dose of vaccine, according to state health department figures. Breen said that total didn’t include the kids vaccinated at King Open, and adding them will push the total up to about 25 percent of the age group.

She said the health department learned several lessons from the clinic and will make changes for its second-dose pediatric vaccination clinic on Dec. 1. “Probably the biggest problem we came across that we tried to anticipate was the wait,” Breen said. A drill beforehand got “the average person” through the process in about five minutes, “but mostly those were adults.”

With kids, it can take 25 minutes and two nurses to give a shot “so we can provide a trauma-free experience for the kids that anticipate they will get stuck with a needle and are not very happy,” Breen said.

She thanked the fire department workers who volunteered for the assignment knowing “they could be dealing with screaming kids and anxious parents.”

“The heroes took on a stressful and intense detail when there were plenty of other overtime [opportunities] available within afire fighter’s comfort zones,” Breen said.

At the second vaccination clinic, the health department will require appointments and increase the number of staff. No flu shots will be offered; there were 186 influenza vaccinations at the Wednesday clinic.

A health department breakdown of where kids who came to the first clinic lived showed that the highest number lived in North Cambridge. That neighborhood also has the highest population of any in the city and the second-highest percentage of residents ages 5 to 17, according to neighborhood profiles prepared by the Community Development Department. Smaller age groups weren’t available on the profile.

In other Covid-19 developments, the rate of new cases per 100,000 residents continues to seesaw, although it’s on the way up this month and has never returned to the low levels of the summer. City Manager Louis A. DePasquale told councillors he doesn’t expect the city to relax its indoor mask mandate until mid-January at the earliest, after the holidays. “That is probably earlier than is probably going to happen, to be honest,” DePasquale said.