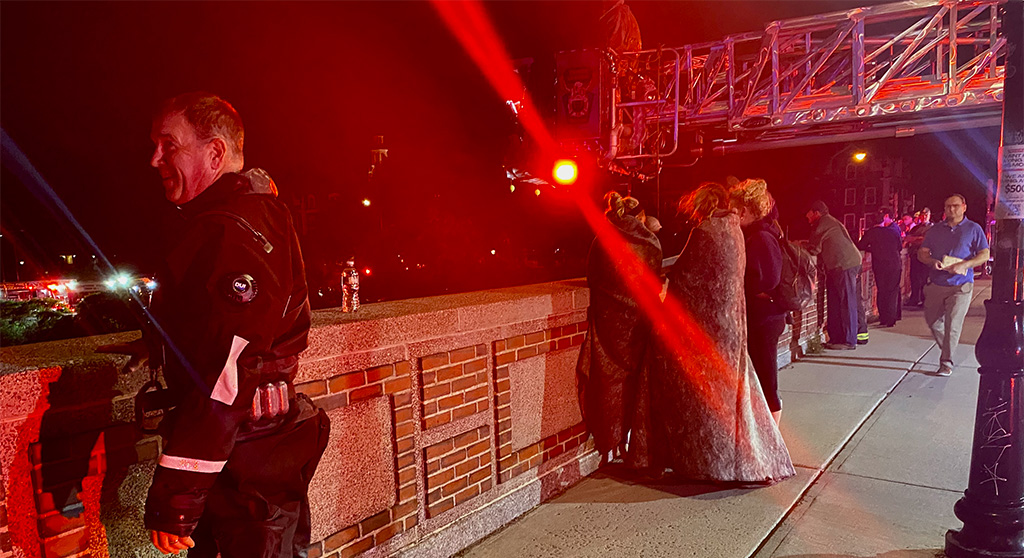 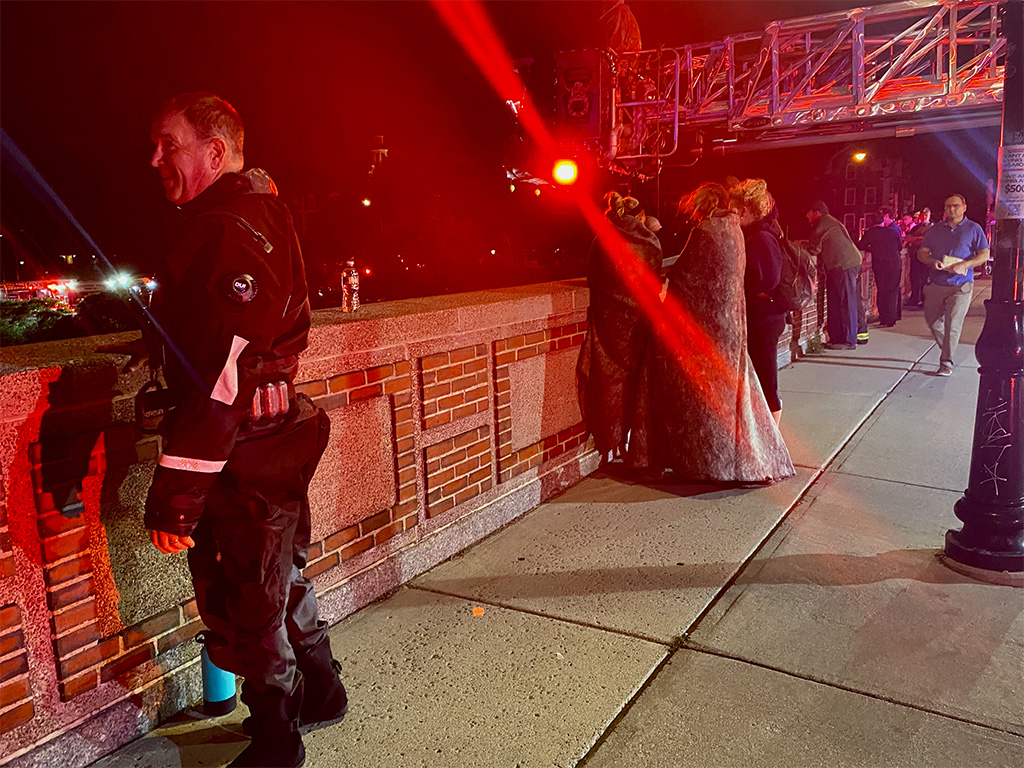 A body was pulled from the Charles River late Wednesday, state police said after a massive recovery operation on the Anderson Memorial Bridge that lasted for around three hours. Despite questions to officials on the scene and messages and emails sent Wednesday night and Thursday, state police waited more than 15 hours since the situation was resolved to respond.

It was the body of a 32-year-old woman pulled from the river after jumping from the bridge, state police said.

A water rescue operation began at the Anderson bridge, at JFK Street and Memorial Drive south of Harvard Square, at around 8:37 p.m., according to the Cambridge Fire Department. (A state police release identified it incorrectly as being the John W. Weeks Footbridge in Riverside.) The department provided just some of the more than two dozen vehicles on the scene, which also brought Boston firefighters, ambulances and police from Cambridge, Boston and the state. The bridge connecting Cambridge and Allston was closed for the duration. All told, Cambridge had nearly 30 personnel present at some point during the rescue efforts, said Jeremy Warnick, director of communications and media relations for Cambridge police.

The river and surrounding roadways fall under state jurisdiction, but state police released no official information late Wednesday. Divers and other first responders began packing up after the woman’s body was recovered at 11:12 p.m., said Dave Procopio, director of media communications for the state police.

On Wednesday, it was first believed that the rescue operation was for “a male that reportedly jumped off” the bridge – language used by one police official and repeated by a photographer working with first responders. Later, police told media that the person in the river was a woman who “was not a permanent resident of Massachusetts.”

But there were likely witnesses on the scene: three college-age women who stood inside taped-off parts of the bridge, alternating between watching boats trawl the black waters of the Charles River and speaking with officers. Two of the women were wrapped in blankets. Witnesses reportedly told police of seeing a heavyset person lying on a bridge wall before rolling over into the water, leaving some ambiguity as to whether it was a jump or fall, and whether the person could have been passed out or asleep. The official state police version is different: “Witnesses, who were walking across the bridge at the time … observed her dive in to the water,” Procopio said of the woman whose body was recovered.

The witnesses saw the person surface once after falling into the water, according to secondhand reports via a Cambridge firefighter. The witnesses declined to talk with media.

People feeling suicidal, lonely or depressed can call or text the Samaritans Helpline, which is staffed around the clock at (877) 870-4673 or visit the organization’s website.

Images of the scene from a Live Boston photographer – publicity paid for by a state police force that is slow to answer media questions – are here.

🚨Happening Now🚨 Responders from @CambridgeMAFire @CambridgePolice @BostonFire and @MassStatePolice are on scene at the Anderson Bridge after reports that someone jumped from the bridge. pic.twitter.com/lOnj1fjRa4