Celebrity wrap-up: Sammy Adams on ‘90210’ and Max Casella in ‘Killing Them Softly’ 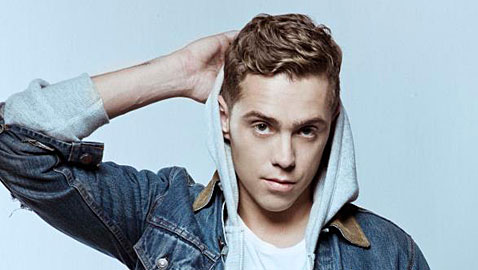 Celebrity wrap-up: Sammy Adams on ‘90210’ and Max Casella in ‘Killing Them Softly’

Rapper Sammy Adams leads off news for Cambridge celebrities for the past week — although it’s been a pretty quiet week. The not-too-big news for Cambridge school kid Samuel Adams Wisner is his planned appearance on the CW’s “90210” in October. He’ll play himself, according to The Hollywood Reporter, after making his television debut on Conan O’Brien’s TBS talk show in January.

The more talked-about musical act with Cambridge roots is Passion Pit, which has rolled out a video for its downbeat “Constant Conversations” behind its well-reviewed (by everyone) and high-performing (it hit No. 4 on the Billboard chart on Wednesday) second album, “Gossamer.” In the languid, “Great Gatsby”-esque video, Spin says,

people laze about a fountain in the grass of some expansive estate. Children dance, [Peter] Bogdonavich looks at people judgmentally, and a snake emerges from a bathtub.

The electronica band also played its first show since canceling all of its July dates for a mental health break for lyricist and singer Michael Angelakos, hitting the House of Blues in Chicago on Thursday before playing Friday at Lollapalooza. Pictures of Matt Damon in costume for the Liberace biopic “Behind the Candelabra” have begun to surface, which is, admittedly, barely news. But it’s significant that filming has begun, since it was set to start two years ago before star Michael Douglas’ treatments for throat cancer. The Steven Soderbergh movie, co-starring Rob Lowe and Dan Aykroyd, is set to premiere next year on HBO. It’s based on a book by the pianists’ companion, Scott Thorson, whom Damon is playing. Popsugar has plenty of photos of Damon in 1970s-era tight shirt, tousled hair and waxed chest.

Finally, there’s a trailer up for “Killing Them Softly,” a gangster film starring Brad Pitt that also features Max Casella — a classmate of Damon’s whom many will remember from “Doogie Howser, M.D.,” “Newsies” or as Leo D’Alessio in “Boardwalk Empire.” Casella is also cast in an untitled Woody Allen film that’s to come out next year.

“Killing Them Softly” should be in theaters Oct. 19.