Signed to a record label after seven years, but Nemes defies the other labels 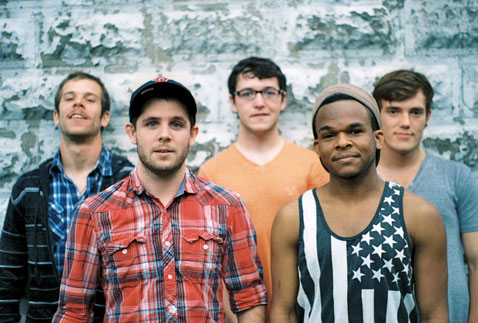 Signed to a record label after seven years, but Nemes defies the other labels

Nemes began as an acoustic trio and has transformed over seven years into a five-man folk band with complex harmonies and an aggressive rock sound complemented by violin. (Photo: Tammy Lamoureux)

Whoever said rock is dead hasn’t listened to Nemes, which itself has had plenty of opportunities to die.

Inspired by such artists as Fleet Foxes, Foo Fighters and Bon Iver and influenced by genres ranging from classical to metal, Nemes has instead been alive seven years, touring the New England area extensively and bringing its explosively energetic presence to hangouts including T.T. the Bear’s, The Middle East and Toad — where it returns Oct. 24 — while waiting for the world to catch up.

The band is proud of noting that in 2010 it was named one of Alternative Press’ top five unsigned bands, but that was little more than a signal for features in publications such as Worcester Magazine and two more rounds of aggressive touring.

Two years later, now with a couple hundred shows to its credit, Nemes was signed May 23 by Sugarpop Records.

“We know it’s not the pinnacle of our career, but it’s definitely a great steppingstone,” said guitarist Alain Lubin, 23. “We’re working together and growing together.”

Starting in a Worcester basement as an acoustic trio — brothers Chris and Dave Anthony and high school friend Josh Knowles — Nemes transformed over the years into a five-man folk band with complex harmonies and an aggressive rock sound complemented by violin.

“We thrive off of the fact that we come from unique musical backgrounds,” said Knowles, 22, violinist and vocalist. “Because of that there’s a lot of aesthetic clashing, but at the end of the day it’s a great meld of different influences.”

For a sense of the clashing and melding, check out “We Are The Walking Dead,” the song Nemes posted in July with the AMC zombie show as inspiration:

And now the original track “Blue Rose,” which helped Nemes become a finalist in Mello Yello’s One Track Find, a national music competition:

As a bonus, here’s a cover of Nirvana’s “Heart Shaped Box” that has scored more than 99,000 views since late  January:

The band plans to record in the coming months and release an album by summer.

“Any level of success in doing this is being resilient and trying to transcend logistical hardships,” Knowles said,  “And we’re going to keep on doing that.”

Nemes will be playing Toad at 10 p.m. Oct. 24. For information about the band, click here.