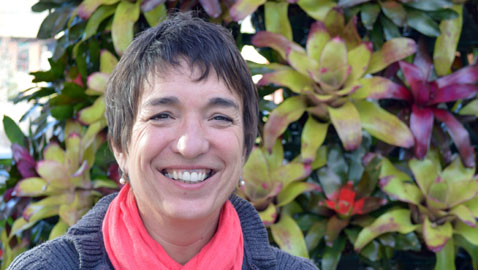 “We’re incredibly excited,” said Chris Reece, president of the society. “Her conservation experience, management acumen and successful career as a collaborator and fundraiser are a real boon to our organization.”

The announcement was made Dec. 6 in an e-mailed press release.

As part of her 2003-05 stint as the first commissioner of the state Department of Conservation and Recreation, Abbott oversaw the merger of the Metropolitan District Commission and the Department of Environmental Management into a single agency with more than 1,100 employees managing more than 450,000 acres. She holds degrees from the Stockbridge School of Agriculture, the University of Massachusetts at Amherst and Harvard University.

The horticultural society is looking to expand the role of Tower Hill Botanic Garden in Worcester and across the state and New England, Reece said.

“This position is a wonderful opportunity for me to apply all of my experience to help grow an incredible organization focused on connecting people to plants and all the benefits they contribute to communities and the commonwealth, and to further the connections from gardening to our changing climate,” Abbott said, calling the garden “simply a beautiful and amazing place that touches people … I look forward to spending more time there.”

This post was written from the mentioned press release.