Orchestra brings tragedy, passion and ‘Love on the Run’ to Sanders Saturday 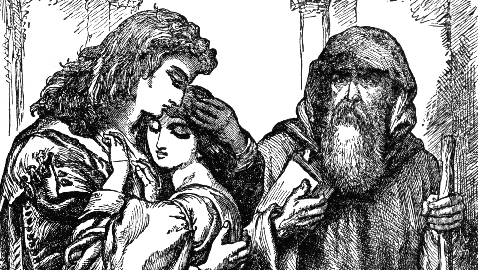 Orchestra brings tragedy, passion and ‘Love on the Run’ to Sanders Saturday

The Cambridge Symphony Orchestra, led by music director Cynthia Woods, presents its final Masterworks concert on this season’s theme of “Legends and Lore” with a concert called “Love on the Run.”

World-class pianist Sergey Schepkin will be the orchestra’s piano soloist in Rachmaninoff Piano Concerto No. 2 in C minor. The orchestra will also perform Prokofiev, Suites No. 1 and 2, from “Romeo & Juliet” and Verdi’s Overture to “La forza del destino.”

While there are few who don’t know the story of Romeo and Juliet, “The Force of Destiny” is familiar mainly to fans of Italian opera. It is just as tortured and impassioned a tale, taking place in Spain and Italy in the 18th century among marquises and monasteries and on fields of war and dueling. It includes the accidental death of a father who forbids his daughter loving a man with inadequate breeding; a brother who vows revenge; mistaken identities; and last-minute plot twists.

Schepkin debuted with the St. Petersburg Academic Symphony Orchestra in 1984 and moved to  the United States six years later to study at New England Conservatory. In addition to frequent performances and teaching at the conservatory, at Carnegie Mellon University and at the University of Iowa, he has been a presence at The Boston Conservatory and Boston University and presented lecture-recitals and master classes at the Massachusetts Institute of Technology and Longy School locally and as far away as UCLA, Oberlin, the San Francisco Conservatory, Duquesne and the Norwegian Academy of Music.

He has been called “An arresting musical intelligence [who] plays with the passion and drama of a young Glenn Gould” by The New York Times; “an artist of uncommon, almost singular capability and integrity [whose] playing roused the audience” by The Boston Globe; and “one of Boston’s great treasures, a supremely intelligent pianist” by The Boston Phoenix.

Tickets are $25 for general admission or $15 for students and seniors and can be bought in advance or at the door. This concert by the 38-year-old, nonprofit community orchestra is supported Cambridge Savings Bank.

The show takes place at 8 p.m. Saturday at Harvard University’s Sanders Theatre, 45 Quincy St., Harvard Square. (A look at a previous CSO performance at the Sanders, with a pianist, is above.)