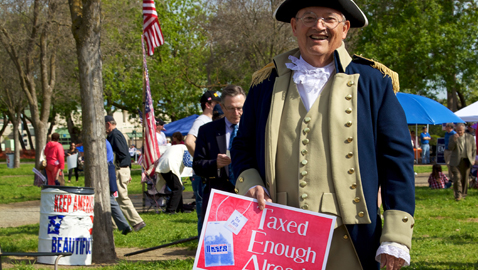 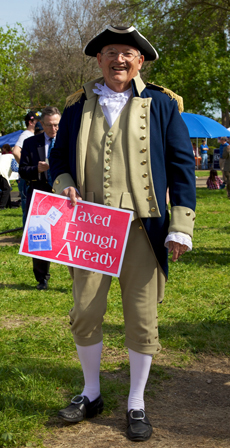 The hearings have already begun, with lots more promised, politicians are struggling to top each other in appalled rhetoric and there have been calls for President Barack Obama to be impeached, all because the Internal Revenue Service has acknowledged that for a little while it was giving some extra scrutiny to political groups applying for tax-exempt status.

Even Obama – whom the Treasury inspector general cleared of involvement – has said that, if the allegations are true, “that is outrageous, and there is no place for it, and they have to be held fully accountable, because the IRS as an independent agency requires absolute integrity and people have to have confidence that they are applying the laws in a nonpartisan way. You should feel that way regardless of party.” And two top agency officials have resigned.

Nope. First, Obama’s comments are based on “if,” as in “if agency personnel acted improperly.” Second, it’s worth remembering the July 2010 resignation of Shirley Sherrod from the Department of Agriculture after video came to light of her making racist comments – video, it was quickly determined, that had been heavily edited to disguise the fact that Sherrod was delivering a powerful message against racism. So none of that means anything except that the conservative’s mode of constant outrage has put Democrat politicians into a mode of constant, cowering panic.

The entire response to the scandal seems to be based on it.

In addition to the fact that the IRS’ extra scrutiny was short-lived, brought about by low-level employees and canceled by their bosses and has already been thoroughly examined by the Treasury inspector general, here are three reasons why this scandal is ridiculous:

Conservatives weren’t really targeted. According to The Washington Post, “Of the 298 groups selected for special scrutiny, according to the congressional aide, 72 had ‘tea party’ in their title, 13 had ‘patriot’ and 11 had ‘9/12.’” That means 96 of 298 groups getting extra scrutiny were far-right, or 32 percent. Thirty-two percent isn’t a figure screaming of a witch hunt, not when 68 percent are “other.”

There wasn’t really much cause for complaint. One reason the scandal got going is that conservative groups were complaining about the scrutiny. But guess who’s more likely to complain about IRS scrutiny at any level? Right: Tea party groups, whose members despise government and taxes. (One definition of “tea” by tea party members: “Taxed Enough Already.”) Everyone has to wait at the DMV, but only certain people complain loudly about it. Keep in mind a guest Fox News’ Neil Cavuto had on Thursday, the conservative activist Tom Zawistowski, who said of his group’s 2.5-year wait for tax-exempt status: “This is unbelievable. This is Nazi Germany.”

Some groups deserved to be targeted. The 501(c)(4) nonprofits that were being scrutinized are supposed to be “social-welfare” groups, not political groups, meaning their politicking is supposed to be “limited” and not a “primary activity,” as Mother Jones points out. But there’s no denying it: “Tea party” is a political designation, and tea party groups are formed of people who gather to espouse political beliefs and vote for political candidates, sometimes identified as members of the Tea Party. If the government sets rules that political groups aren’t supposed to be tax-exempt, we shouldn’t be slamming the government for investigating whether a group applying for tax-exempt status is primarily political in nature. Groups forming under the rubric “al Qaida” should be prepared to be investigated for terrorist connections.

Again, just because people complain really loudly doesn’t make this more of a scandal and less of a tedious bureaucratic balancing act that could be, and was, handled internally. These hearings are going to get awfully dull awfully quickly – just like the Benghazi hearings that were the last (and lingering) cause for outrage among the screamers on the right.