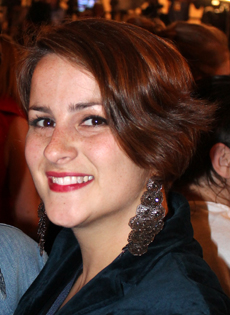 From the Marc McGovern campaign, June 24: City Council candidate Marc McGovern as hired Annie Nagle as campaign manager. Nagle has been involved in community issues personally and professionally for many years, working with programs for inner-city school children and children with incarcerated families. She got her J.D. from the University of Oklahoma, where she was awarded the Joseph F. Rarick “Just Desserts” award. After moving from Oklahoma City to Boston, she became involved in professional community organizing. Last year she acted as field organizer in Cambridge for Elizabeth Warren’s U.S. Senate campaign and began consulting with the Perkins School for the Blind on the National Deaf-Blind Equipment Distribution Program.

“I first met Annie when we were both working to help elect Elizabeth Warren. Annie’s community organizing skills, work ethic and campaign experience make her a fantastic asset to the campaign. I’m thrilled that she decided to take on this role,” McGovern said.

Nagle will be working to pull together volunteers, develop a field plan and organize events and other aspects of the campaign. “Cambridge is an amazing city; it’s full of activism and intelligence. I’m thrilled to be working with Marc as a candidate. He’s smart. He’s dedicated. He’s progressive. I genuinely believe he will make a wonderful city councillor.”